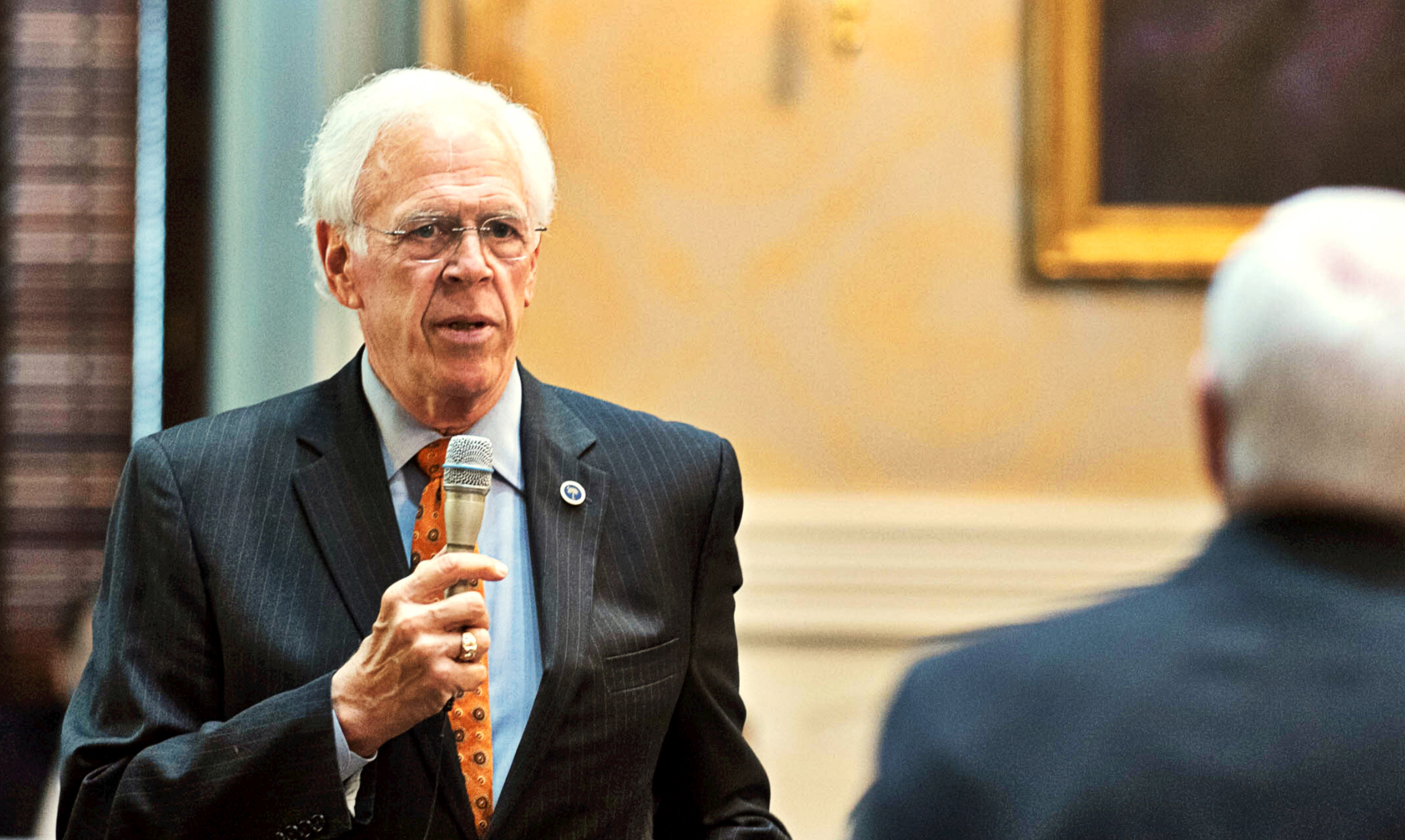 A group of Republican state lawmakers in South Carolina is in the process of rolling out a broad, multi-faceted legislative agenda aimed at checking what they believe to be unlawful overreach emanating from Washington, D.C.

Among the bills targeting said tyranny? Legislation providing for the nullification of “illegal executive orders” issued by the administration of U.S. president Joe Biden.

Sound familiar? South Carolina was at the center of a nullification crisis 189 years ago when former U.S. vice president John C. Calhoun – whose statute was recently purged from downtown Charleston, S.C. – advanced the theory that state governments could declare federal laws “null and void” within their jurisdictions.

Operating on this theory, the Palmetto State nullified a pair of federal tariffs – prompting the federal government to approve a “use of force” bill against the state. The crisis was averted when a compromise tariff was approved on March 2, 1833 – at which point South Carolina and the federal government backed off of their previous positions (each declaring victory).

A new nullification bill is set to be filed this month by state representative Bill Taylor of Aiken, S.C. – a key part of what he and fellow lawmakers are calling the “pushback agenda.”

“Who can step on the brakes and stand up to a federal government that bullies its citizens? State legislatures,” Taylor wrote in a recent email to his constituents in S.C. House District 86 (.pdf). “That’s what our founders intended – they intended a limited federal government and strong state governments. Historically, state legislatures have provided better representation because it’s government closer to the people and better understand unique local and regional issues.”

According to Taylor, state legislatures across the nation “are stepping up to assert their rightful authority.”

“Hopefully it’s not too late,” he added.

“Remember, liberal-leaning states have been doing this for years,” Taylor wrote, citing the establishment of sanctuary cities for illegal aliens.

Another bill set to be introduced this week would invoke a resolution passed in December 1799 by the Kentucky legislature, which held that any law passed by the federal government which exceeded its enumerated powers was “altogether void, and of no force whatsoever.” That bill will be sponsored by state representative Bill Chumley of Spartanburg, S.C.

Also included in the “pushback agenda” is H. 3205 – an updated version of the Convention of States bill that made significant progress in the legislature a year ago.

Like last year’s proposed “COS” legislation, this bill would make an application to the U.S. Congress on behalf of the S.C. General Assembly to “call an amendment convention of the states pursuant to Article V” of the U.S. Constitution.

According to Taylor, the Convention of States bill “is the lawful path to rein-in the federal government,” or “the needed rebellion without bullets.”

Speaking of bullets, the “pushback agenda” includes H. 3710 – which would amend the state constitution to clarify the right to bear arms as being “a fundamental and inalienable right, especially in defense of oneself or our state.” An open carry (with training) bill sponsored by state representative Bobby Cox of Greenville, S.C. – H. 3094 – is also on the agenda.

Legislation to stop social media censorship – H. 3450, sponsored by state representative Mike Burns of Taylors, S.C. – is part of the initiative, too, as is another bill sponsored by Burns (H. 3491) which would crack down on mob violence by making it a crime to “unlawfully obstruct public highways and roads.” Burns’ bill holds that anyone “instigating, aiding or participating” in a riot would be on the hook for mandatory restitution to victims, too.


The “pushback agenda” further incorporates a host of bills taking aim at various government edicts issued during the coronavirus pandemic – including a bill that would protect religious freedom (H.. 3105), one that would ensure Covid-19 vaccines are not made mandatory (H. 3217), one that would void the enforcement of federal mask mandates (H. 3218), two bills that would protect businesses from Covid-related liabilities (H. 3597 and H. 3698) and one that would limit the emergency authority of the governor’s office during states of emergency (H. 3443).

Likely to be among the most popular components of the agenda with GOP primary voters? A bill (H. 3410) sponsored by state representative Steven Long which would require a witness signature to confirm any absentee ballot – and require the witness to provide their driver’s license or voter registration number as verification.

Given the extent to which election fraud is on Republicans’ radar this year, we are shocked more lawmakers have not jumped on board with efforts to enhance electoral integrity in the Palmetto State. Anyway, we are keen to see what comes of this bill – and hopefully other election reform proposals – as we addressed the need to provide better ballot integrity and security last spring.

Rounding out the “pushback agenda” are a trio of bills taking aim at revisionist history – including legislation to protect the Palmetto State’s monuments and memorials (H. 3249) and enhance students’ knowledge of the history of America’s founding (H. 3002).

Oh, the agenda also includes a version of the “heartbeat bill” which cleared the S.C. Senate last month.

“There are those who will agree with much of this agenda,” Taylor wrote in his email. “Others may disagree and ask why is this necessary? Still others will complain this is too little, too late and why bother, we’ve already lost. My answer – America is worth saving. It was founded on principles the world never experienced. Our nation is the beacon of liberty for the world and we must do everything possible to ensure the flame of liberty is not extinguished.”

Our view on the “pushback agenda?” Generally speaking, it is favorable.

While we may not agree with every word of every piece of legislation, we applaud the lawmakers putting it forward. First and foremost, we applaud them for their concern over this country, its people and what will become of liberty and prosperity under the thumb of the New Orwellians. Beyond that, we applaud them for substantively engaging on a host of issues related to the struggle for freedom and free enterprise.

Rather than ranting reflexively and engaging in the petty, lowest common denominator demonization of their ideological antagonists, these lawmakers (in the context of unveiling this agenda, anyway) have advanced credible, thoughtful reform proposals aimed at facilitating workable solutions to pressing problems.

Do some of these “reforms” take things a step further than we might? Yes. But in the current debate over the direction of our country, this agenda represents a vital counterpoint to the prevailing “herdthink.”