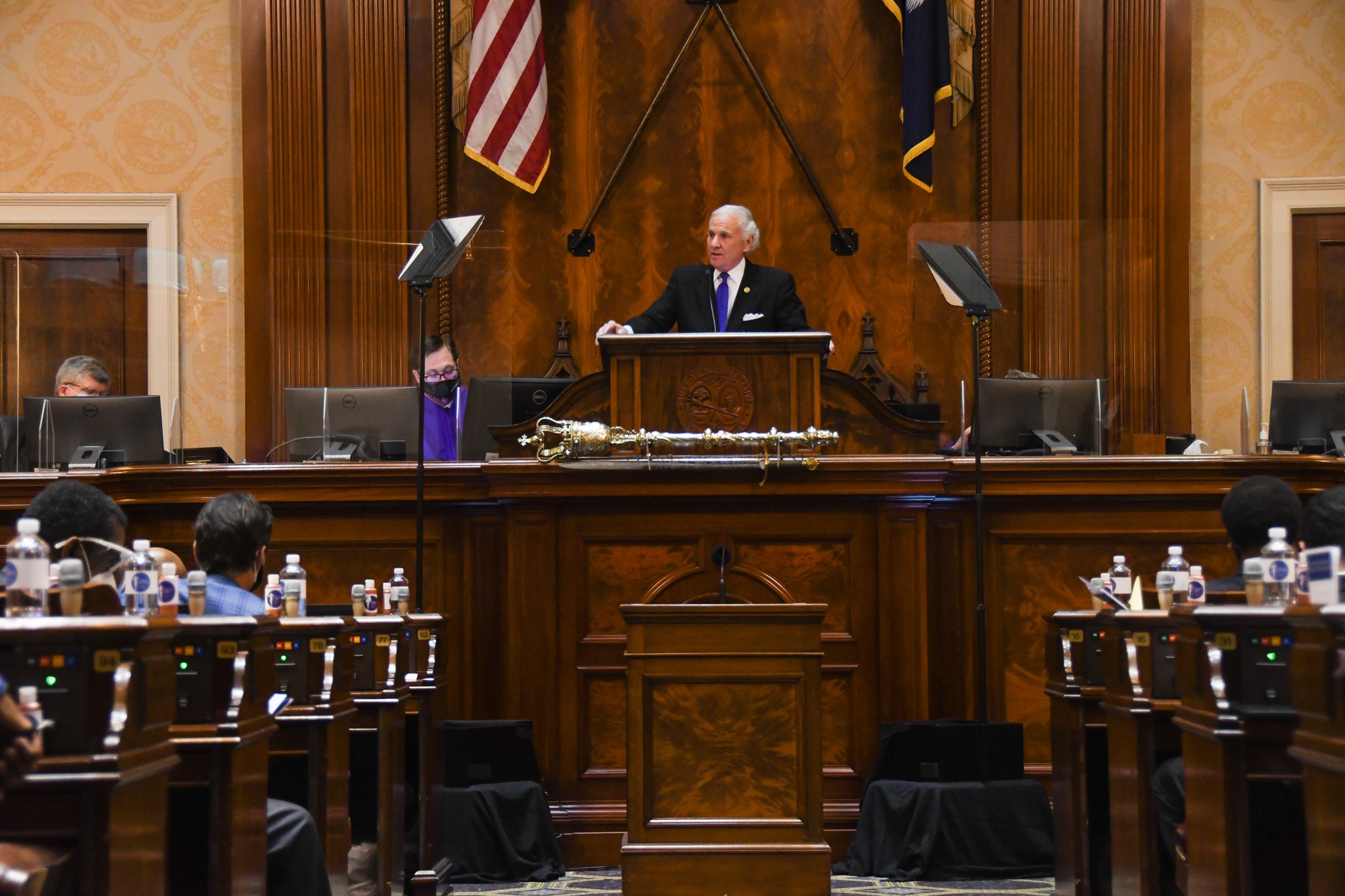 Listening to South Carolina governor Henry McMaster’s 2021 “State of the State” speech was an adventure in platitudes. A veritable plethora of pablum. A smorgasbord of status quo soliloquy. Of course given the Palmetto State’s ongoing tourism collapse, declining employment trajectory and abject failure in responding to the coronavirus pandemic, platitudinal pablum is pretty much all McMaster has to offer.

Well, that and massive expansions of demonstrably failed bureaucracies … and more crony capitalism.

Let’s revisit some of the “zingers” from McMaster’s speech, shall we?

“We are all on the same team committed to doing what we think is best for the future prosperity, success, health and happiness of over five million South Carolinians,” McMaster said.

“We must have confidence and be bold,” he added.

“We will do things we’ve not done before – and we will succeed,” he continued.

These are just a few of the “highlights” included in a forty-five second hype video released by McMaster’s office following his speech. We are not sure what response the governor’s office was aiming to elicit, but the video left us wondering whether we were watching a low-energy campaign advertisement or a commercial for super absorbable adult undergarments.

So … is there anything about the governor’s speech we liked?

In fact, he absolutely nailed this section of his speech.

There is no state agency in more need of reform or dissolution than Santee Cooper. This rogue agency and its leadership have displayed arrogance and contempt for state law and the truth.  Their incompetence helped create the largest nuclear power fiasco in modern times. They have saddled their customers with billions of dollars in debt and have ignored the authority of our constitutional officers and this General Assembly, creating a toxic environment inside this Statehouse. Errant board members are shielded by laws governing appointment and removal so cumbersome, onerous, litigious – and politically designed years ago to discourage and prevent a governor from acting – that they are immune from discipline or accountability.  The time has long passed for the resolution of Santee Cooper’s fate.

Is he right? Yes … that assessment is as eloquent as it is accurate. Down to the last word …

Santee Cooper helped plunge South Carolina taxpayers billions of dollars in debt thanks to its involvement in the now-notorious NukeGate fiasco – the botched construction of a pair of next-generation nuclear reactors at the V.C. Summer nuclear generating station in Jenkinsville, S.C.

The utility and its private sector partner, SCANA, left taxpayers and ratepayers holding the bag to the tune of $10 billion in connection with this debacle. Shortly thereafter, it was revealed executives at both utilities knew the project was doomed – but lied to regulators and the public to keep the gravy train rolling.


In addition to those deceptions, Santee Cooper also misled its investors related to this project – the collapse of which caused the state-owned utility’s debt to soar to nearly $7.5 billion.

Santee Cooper’s response to all of this? It gave its former leader a golden parachute … and has continued to subsidize his criminal defense bills.

Oh … and it has continued lying to lawmakers and regulators.

McMaster may not have much in the way of a clue when it comes to running a state – and he has been an absolute joke when it comes to advancing pro-free market, pro-taxpayer policies – but he is 100 percent correct in asserting that Santee Cooper is a rogue agency in need of immediate “dissolution.”

As opposed to further legislative half-measures … or worse.

Hopefully state lawmakers will join McMaster in adopting a position we have consistently advanced for the past thirteen years.