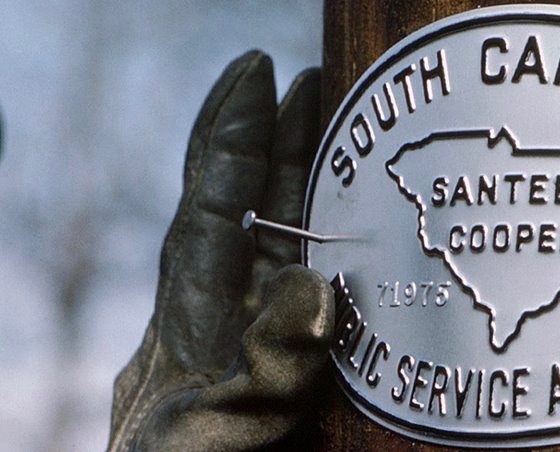 Where is the “reform,” though?

The bill – S. 464 – was unveiled this week by the influential lawmaker, with its signature “reform” being the imposition of term limits on gubernatorially appointed board members.

“A director shall not be appointed for more than two unexpired consecutive terms,” Rankin’s legislation stipulates.

Never mind that Santee Cooper terms last for seven years … meaning this “term limit” would keep results-challenged leaders of this failed behemoth at their posts for another decade-and-a-half.

The only other significant change Rankin’s bill would bring about is the establishment of a process by which the utility “receives public comment and has a public hearing in setting its electric rates” – a standard to which the state’s private sector utilities are already subjected.

Seriously … this is a reform bill? Because we are having a hard time seeing the “reform.”

More importantly … are we still operating under the assumption this anti-competitive albatross (which is currently in debt to the tune of $7 billion) can be fixed? Because the last time we checked all of the assumptions related to its so-called “reform plan” had gone up in smoke …

Rankin’s legislation is definitional “tinkering around the edges,” which is sadly par for the course in the Palmetto State on a host of different issues.

Unfortunately, South Carolina businesses, ratepayers and taxpayers can ill afford further dilly-dallying as it relates to the disposition of this “toxic asset,” which continues to  rack up debt even as it lavishes its employees with bonuses and ramps up its taxpayer-funded lobbying efforts.

Also, the notion Rankin is leading a Santee Cooper “reform” effort is laughable seeing as he is the primary legislative architect and overseer of the NukeGate debacle – which plunged Santee Cooper billons of dollars in debt when it imploded three-and-a-half years ago.

To recap: Along with its former private sector partner SCANA, Santee Cooper spent billions on the construction of the reactors in Jenkinsville, S.C. The project was abandoned with the reactors less than halfway completed, though, and documents released in the aftermath of that decision revealed executives at both utilities knew the project was doomed but kept raising rates on consumers regardless.

In fact, Santee Cooper announced a proposed rate hike related to the project just eight days before it went under. The utility also misled its investors as it related to NukeGate, too.

The total loss? More than $10 billion … and counting.

As we have previously pointed out, Rankin played a starring role in the NukeGate debacle. In fact, no other lawmaker in the S.C. General Assembly bears more of the onus for this command economic disaster than he does – which is probably why he is so desperate to reinvent himself as a reformer.

“Not only did Rankin spearhead this command economic disaster – he was one of a handful of lawmakers who shepherded it through the legislative and regulatory oversight process,” we noted earlier this month.

Santee Cooper continues to abuse that process, too … incidentally.

Rankin’s “reform” approach provides a marked contrast to efforts by the S.C. House of Representatives – whose leaders want to offload Santee Cooper to the private sector. That’s something this news outlet first suggested doing nearly thirteen years ago, incidentally.

Will lawmakers finally listen? If not … how many more billions of taxpayer and ratepayer dollars must be wasted for them to finally see the light?