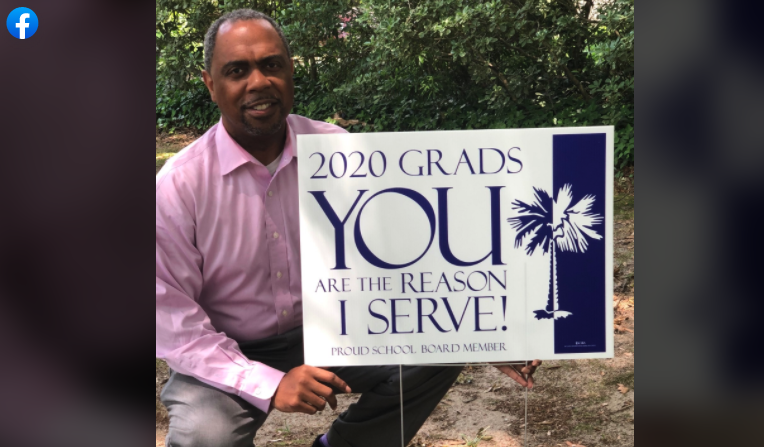 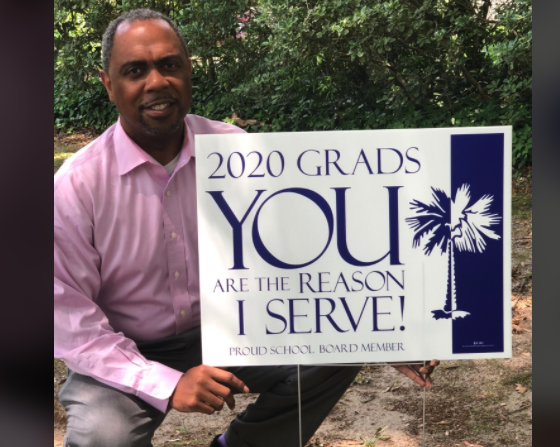 The agency fined Devine — who is up for re-election this November — for voting on an EngenuitySC contract while his wife served as a volunteer board member. Devine previously told FITSNews that he personally paid the $1,000 fine for the ethics violation.

However, a FOIA request recently revealed that Devine racked up a whopping $13,991 bill for 117 hours of legal work to fight the ethics complaint — and he gave that bill to the Richland One taxpayers.

In a Richland One school board meeting in February, Devine and commissioner Beatrice King both disclosed that they had been fined by the SCSEC.

King paid a $700 fine after reporting herself to the SCSEC for voting on a Prisma Health contract while her husband was a board member at the hospital.

She retained an attorney personally and did not bill the school district for any legal fees related to her ethics violation.

King, who often votes against Devine, has questioned the chairman on several matters of fiscal responsibility (see the $700 jacketgate scandal, for example).

Since that dust-up, Richland One has been hit with controversy after controversy (a list of recent scandals can be found at the conclusion of this report). Not surprisingly, parents who have been demanding fiscal responsibility and accountability since January see this latest revelation by Devine as another reason the district needs to vote for new leadership this November.

Devine hired Boykin & Davis — a Columbia law firm that has frequently done legal work for the district — to represent him on the ethics complaint.


It’s unclear where the money went, though — even after receiving the invoices from the district. Most of the line items were partially blacked out. Others referenced “research out-of-state law,” which raised more questions than answers.

FITSNews has reached out to Devine and asked for more details about the attorney fees and where these tax dollars went. As of this writing, we have not heard back from him.

Tameika Isaac Devine, chairman Devine’s wife who is also a city of Columbia councilwoman, was a board member for EngenuitySC from 2010-2019.

A complaint filed in June 2019 with the SCSEC said Devine voted to award EngenuitySC a contract for $550,000 in August 2018 while his wife was still a board member.  Devine said this was the third time he had voted on that contract and the issue “had never been raised in three years.”

The complaint contained meeting minutes from August 2018. It alleged that Jamie Devine “chose to blatantly disregard the rules” by voting to award EngenuitySC the contract.


“Mr. Devine has a direct conflict of interest and should not have voted because he sits on the Richland One School Board and his wife is on the EngenuitySC Board of Directors,” the complaint, filed by Julie Latham, noted. “By him voting yes to this contract, a company that his wife is directly associated with, has benefited financially.”

According to online financial records, EngenuitySC’s for-profit management company Sagacious Partners LLC has donated more than $1,500 to Tameika Issac Devine’s Columbia City Council campaigns.  This was not mentioned in the complaint.

This year, EngenuitySC estimated it would spend about $254,624 of the $550,000 from Richland One on staffing costs. Asked how many people would this employ, Hickman didn’t specify, but said more than 10,000 hours of staff time have gone to Richland One.

Hickman, the Executive Director at EngenuitySC, also works as the Chief Operating Officer at Sagacious Partners LLC – the company that was paid more than $600,000 by EngenuitySC for management purposes, according to a 2018 990 form.

On the non-profit’s 990 form, Hickman wrote that she worked 37.5 hours per week at EngenuitySC — but made no money doing so.

King has raised questions about EngenuitySC’s contract at multiple board meetings, saying it’s “difficult to approve a contract of that magnitude” with so little to “justify the amount with evidence of measurables.”

“Why do we need to pay an organization around $230 an hour to do services that teachers do for much less?” she asked. “Why does the district need to pay $550,000 a year to a non-profit to help with accreditation — which should be achieved by district staff?”

On Aug. 26, 2019, Jamie Devine’s attorney Charles Boykin responded to the ethics complaint and admitted that Devine’s wife was still serving on the EngenuitySC board.

However, the letter said that Devine had no duty to recuse himself when neither he nor his wife had an economic interest in EngenuitySC.

Here is the letter Boykin wrote in response to the ethics complaint.


Boykin argues that Devine’s wife “has no personal interest” in the EngenuitySC contract and said she did not recieve compensation for her work as a board member.

In August 2019 (when the letter was sent) alone, Boykin and Davis charged Richland One taxpayers $5,220 for legal work related to responding to the ethics complaint.

What the Ethics Commission Ruled

In a five-page consent order (below), SCSEC ruled that Jamie Devine was charged with four counts of violating Section 8-13-700 (B) of the Ethics Act for failing to recuse himself from voting on EngenuitySC contracts with the district.


In the order, SCSEC said it appeared Devine and/or his attorney had misunderstood the ethics law after seeking advice from counsel.

Devine could have faced a maximum fine of $8,000 for the four counts, but instead was fined $1,000, according to the SCSEC order.

To put it simply — Devine faced a total penalty of $8,000 and ended up billing the taxpayers nearly twice that amount in legal fees for defending him.

Back in February, Devine said in a statement that the SCSEC’s ruling was “contrary to what we have always been advised regarding recusal when it comes to entities in which there is no economic interest,” but said that he and his wife have “taken the appropriate steps to ensure this type of violation will not occur again.”

He said he learned from the mistake and was moving on.

“As a leader, you must acknowledge when an error has been made, correct that and move on,” Devine said.  “I am doing that now and my family will continue to serve this community with integrity, passion and heartfelt service we have always had, always keeping the law and the needs of the constituencies we represent at the core of our service.”

FITSNews reached out to Devine to ask him if he stood by his decision to bill taxpayers for his wrongdoing. He has not responded to our request for comment.

Devine has served on the Richland One school board since 2008. For the first time in years, he faces an opponent for his seat in district 2.

Jacquelyn Hurston, a retired teacher who taught at Heyward Gibbes Middle School (a Richland One Seat 2 school), has campaigned on the promise to change the district in several ways — emphasizing the need to refocus more finances toward students and away from the administration.

Led by Devine, the scandal-scarred Richland County school board has been rocked by controversy and allegations of misusing taxpayer funds this year.

The mounting hostility — which has been rising for several years — between parents and the board came to a head in January in an incident some call “JacketGate,” when King revealed that the district spent $700 on seven jackets for school board members. The $700 purchase infuriated several parents who spoke to FITSNews. They saw it as a “symbolic move” indicative of the board’s fiscal irresponsibility.

As these spending items multiply, test scores and enrollment numbers are dropping in many clusters across the district — which is one of the largest in the state and has an annual budget of $337,458,642 in its efforts to educate 22,000 students in the greater Columbia, South Carolina area.

“If you’re OK with Jamie Devine spending your money like it’s his own, then reelect him,” Richland One constituent Will Owens said in a recent Facebook post. “I don’t care if you have kids in public schools or not–our elected officials MUST be financially responsible. Time for a change.”

Four Richland One school board seats are up for grabs this November.

Incumbent Cheryl Harris —who has continuously supported Devine — is running against Shannon Williams, a retired police sergeant and businesswoman, for the district four seat.

Six candidates have filed for two of the at-large seats in the district. Commissioner Jonathan Milling, who has typically sided with King on votes and fought for fiscal transparency, is the only incubant in the at-large race.

Here is our 2020 Richland One school board election guide.

We will continue to cover this election closely as November gets closer. Stay tuned…