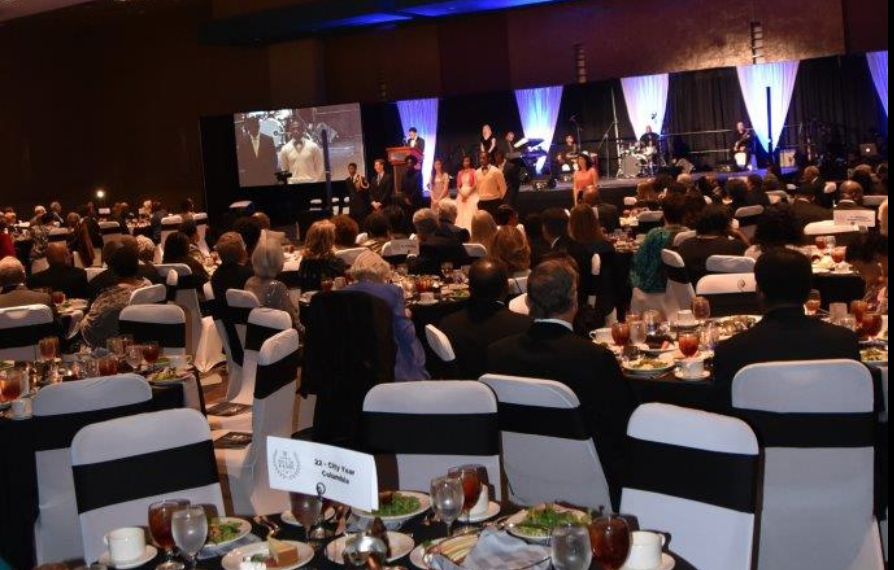 Just two days after we published our investigative story on “lavish” spending and lack of transparency at Richland County School District One, the district held a red-carpet event that recorded a net loss of at least $20,937.12 in tax dollars, according to recently released documents.

Officials recently released all the financial documents related to the Richland One Hall of Fame Induction Gala held Feb. 2 in Columbia, South Carolina after a parent filed a Freedom of Information Act (FOIA) request.

But the financial documents contained several discrepancies — which raised even more concerns for parents like Flynn Bowie who have pushing for fiscal transparency and accountability for the last year.

The black-tie event honoring those “who have made significant contributions to Richland County School District One… or to society as a whole” is one of many examples of what parents are calling “lavish spending” by district officials.

Last year, the district recorded a total net loss of $42,178.10 from the Hall of Fame Induction Gala, as we previously reported.

But this year’s gala was held at a time when tensions were high between parents and district officials. The fact that the district still reported a net loss that could cover half a teacher’s salary — while they knew their spending was being closely monitored — isn’t sitting well with parents.

“It tells me that they’re totally out of sync with parents concerned about their children and teachers in the district who don’t have sufficient classroom resources to perform their jobs effectively,” Bowie said.

Errors in the reports

After Bowie filed a FOIA request for “all financial documentation” on the event, district attorney Susan Williams did not include advertising costs for the event in the response.

After FITSNews brought this to Executive Director of Communications Karen York‘s attention, York sent a “final closeout” document that included the following costs:

However, in January alone, the district spent $33,817 on general advertising, which includes:

Advertising wasn’t the only error in these original FOIA documents.

On the first page, the expenditures total was at $54,304.32 on first mention, then at $52,304.32 on second mention. This error was never explained by officials when we asked about it.

According to the initial reports, the event sold less than 400 ticketed seats. The financial summary on the first page said they made $20,905 in ticket sales, while the another page has the total of ticket sales amounting to $38,845.

When we asked about this, district spokesperson Karen York said she wasn’t sure who put together the summary (above) that was released through a FOIA request. She emailed FITSNews a “final close out” document, which is below.

The difference in the documents is about a $6,000 — with taxpayers footing the bill. Had we not questioned the documents, it would have looked like they lost $14K on the event.

York said both students and community members are recognized at the event, which is included in the office of communications’ budget.

“We consider holding the gala as an investment in recognizing individuals who have given back to the district over the years and serve as an inspiration to our current students,” York told FITSNews when asked how the event benefits students.

She said Richland One’s foundation used to sponsor the Hall of Fame Induction Gala when it was first established in 2004 and for several years after that. When the Richland One foundation dissolved, the district took over the gala, the All-Stars Recognition Banquet and the teacher grants program.

“Efforts are underway by a group of district graduates and other Richland One supporters to establish a new foundation which would sponsor those three programs and launch new programs and initiatives through soliciting major corporate donations and identifying other funding sources,” York said. “We look forward to continuing to hold the gala until the foundation takes it over.”

A corporate event planner told FITSNews that it’s very rare in the non-profit world to lose a large amount of money on the same event, year after year.

“If you’re constantly operating at a loss, you have to reconsider what you’re doing, especially when you’re dealing with public funds,” she told FITSNews.

After reviewing the financial documents, the event planner said it would be easy to hold a high-quality event and at least break even with their revenue of around $38,000.

Richland One spent $4,700 for just the entertainment (band, DJ, and vocalist).

“$4,700 is a lot to spend on entertainment,” she said. “If the point was to recognize the award winners, why spend so much on the entertainment?”

Richland One spent $2,811 on the decor for the red-carpet entrance of the gala (more than $1,400 on the red carpet alone), for example.

The district spent $1,475 on valet parking at the event held at the Columbia Metropolitan Convention Center, which has more than 260 parking spaces.

In January, mounting tensions between Richland One officials and parents came to a head after a board member exposed that the district spent $700 on seven jackets for the school board. The $700 purchase infuriated several parents who spoke to FITSNews. They saw it as a “symbolic move” indicative of the board’s fiscal irresponsibility.

Since we published our investigative story on excessive spending and lack of transparency problems at Richland County School District One last month, the district has seen a flood of bad press from The State and The Post and Courier newspapers.

Back in January, parents told us they were angry after seeing more money in the district spent on unmeasurable programs such as “Irly Bird” and “Engenuity SC,” poorly managed multi-million dollar projects like the athletic fields, and “lavish” spending on food and other items that they say do not benefit the children of the district.

In the next week, FITSNews will be taking a closer look at Richland One’s financial reports and credit card spending . Stay tuned..

Can Santee Cooper Be ‘Reformed?’ And What Does That Even Mean?