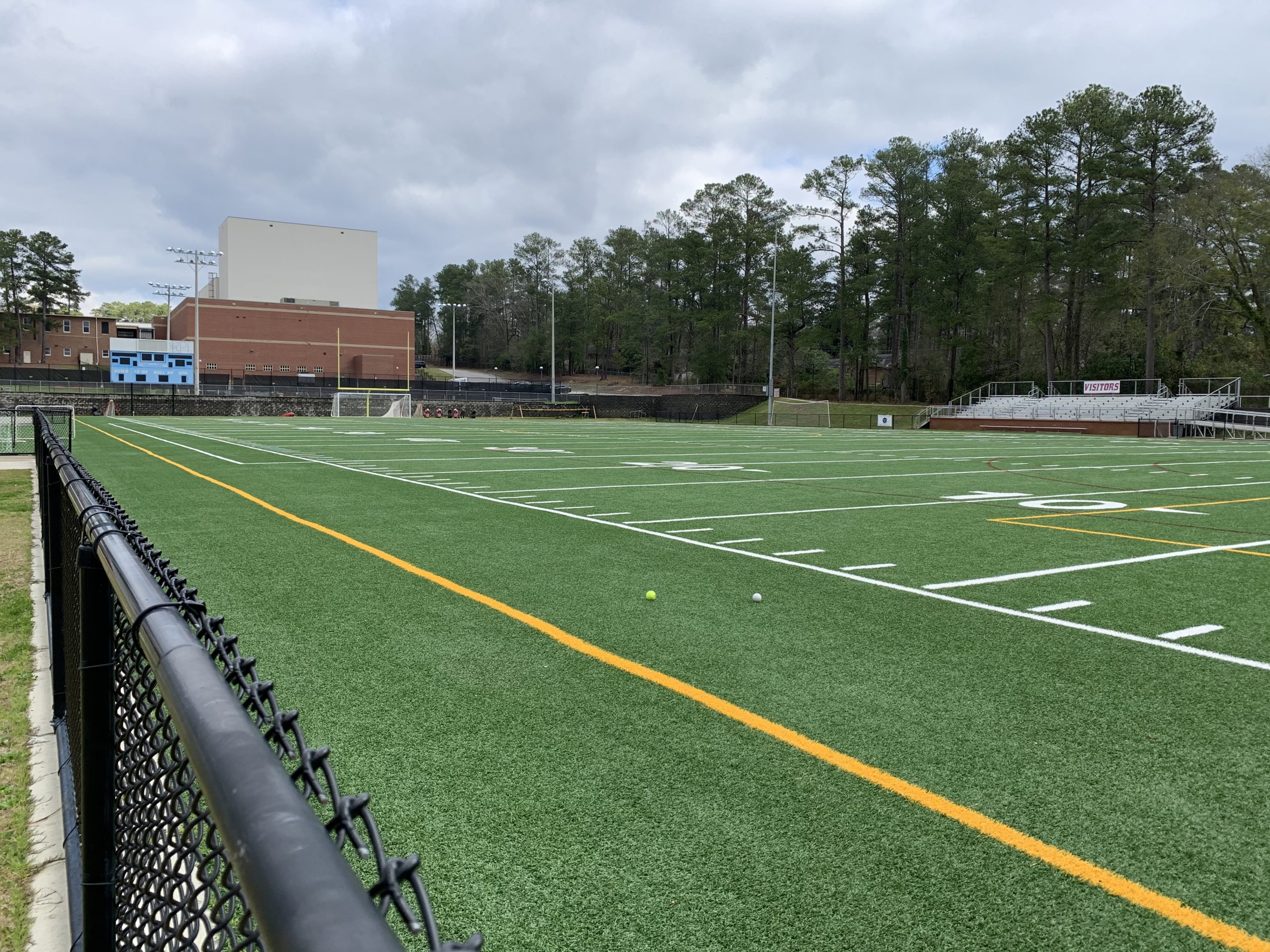 Things appear to be going from bad to worse at the Richland County School District One.

On Friday, Richland One officials announced they will be suspending play at the AC Flora turf field in Columbia, South Carolina for the next two weeks “while the field is addressed.” It’s the third time in less than a year they’ve shut down the athletic field that was built in 2017.

In an email to soccer and lacrosse parents, AC Flora athletic director Ed Moore did not say what exactly they’re addressing, nor did he say why they were shutting the field down.

The announcement comes days after soccer and lacrosse coaches met with the district officials about safety concerns, according to Richland One sources who spoke to FITSNews.

When FITSNews asked Richland One officials why the field was shut down, Karen York, director of communications, said “current conditions are being assessed,” but did not comment further on what those “current conditions” are and if they have to do with safety.

Parents and coaches have been raising their concerns about the field for more than a year now.

“It was not constructed properly and as a result, the field is not level. We have kids slipping and sliding all over the field,” Richland One parent Flynn Bowie previously told FITSNews. “We spent an enormous amount of money on that field, and a year later, the field isn’t where it needs to be and still hasn’t been addressed.”

After the field was shut down in February 2019, it was cleared for use in March, 2019, but shut down again in April after a video (below) showed lacrosse players sliding dozens of times in a varsity game, the State newspaper reported.

The district reopened the field in sometime in April.

Richland One officials hired ASET, an engineer consulting firm from Indiana, to do an inspection on the field.

For the last year, parents have pleaded with the district that they release that inspection report to the public and publish it online

At a January board meeting, Will Owens, Richland 1 parent, said the field still appeared to be unsafe and problematic and asked that they released the inspection report to the public.

“The lack of transparency on this issue has led to rumors and people saying there is corruption, none of which there is any proof…” Owens said in the meeting.

Richland One officials published the inspection report online last week after newly elected board member Jonathan Milling made a motion to release it. The report, which refers to AC Flora as “SC Flora,” said testing was done April 17-18, 2019, yet it’s signed and dated in October 2018. The report also calls Lower Richland “Lower Richmond” and calls WJ Keenan as “WJ Keenum.” See below:

The report said that the inspector “did not find any instance where the properties of the field exceeded required safety performance standards and created a situation that was unfit for use,” but did find aspects of the field that were below industry standard (see below).

York said the decision to shut the field down did not have to do with the report being released to the public last week.

AC Flora is not the only field with problems in the nearly $10 million Richland One athletic field project upgrading facilities across the district. A Richland One parent told us Bolden Stadium is “worse than Flora,” but the district hasn’t made any official comments on safety concerns there.

The announcement comes just a day after Richland One Superintendent Craig Witherspoon sent an email to teachers in the district that highlighted some debatable district progress (such as test scores and the graduation rate) and essentially bashed the media for recent bad press at Richland One.

Since we published our investigative story on excessive spending and lack of transparency problems at Richland County School District One last month, The State and The Post and Courier newspapers have written several stories on the district’s questionable contracts and increasing expenses outside of the classroom.

In January, tensions between Richland County School District One officials and parents who have been fighting for fiscal transparency hit a peak when a board member alerted the public to $700 the district spent on seven jackets for school board officials.

The $700 purchase infuriated several parents who spoke to FITSNews. They saw it as a “symbolic move” indicative of the board’s fiscal irresponsibility. The AC Flora Field was one of many examples parents gave us showing what they see as money mismanagement.

FITSNews will continue to report on the many facets of this story as we expect several developments in the near future.

SC Dems: So Much For Anti-Corruption …