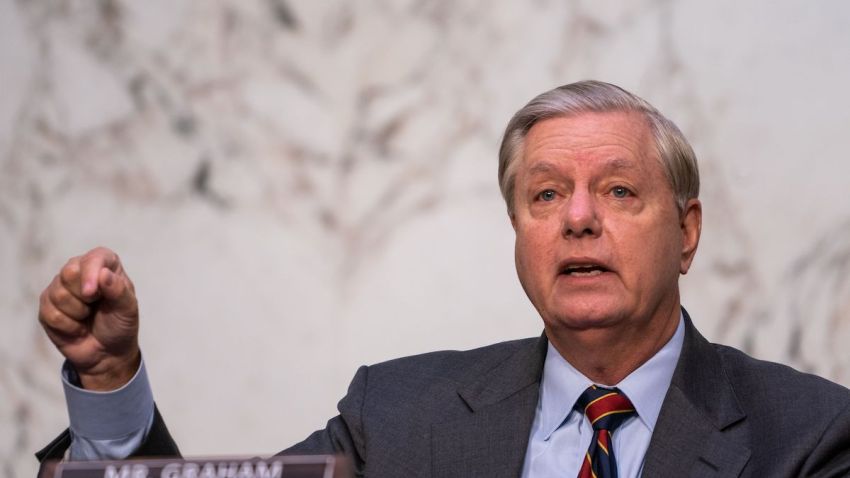 This news outlet has never been a fan of U.S. senator Lindsey Graham of South Carolina. We believe him to be the consummate political chameleon, and we find it laughable that so-called “conservatives” are rallying to his banner simply because they fear the possibility of a Democratic majority in the U.S. Senate.

Someone please remind us: What was the point of a GOP majority again?

Because honestly, it eluded us …

Certainly we believe fear over the sort of policies that would be enacted following a Democrat/ socialist takeover is justified, but our question is this: Do these conservatives really believe a shape-shifter like Graham won’t morph yet again based on political convenience?

Isn’t this the guy Democrats once referred to as former president Barack Obama’s “best GOP ally?”

Anyway, Graham appears to have opened up a modest lead over his historically well-funded Democratic rival Jaime Harrison – but he continues to say incredibly tone deaf things.

For example, during a candidate forum last week Graham announced that young blacks in the Palmetto State were free to “go anywhere” so long as they were “conservative not liberal.”

Curiously, Graham received some air cover on this questionable remark from reporter Joe Bustos of The (Columbia, S.C.) State newspaper.

“Graham’s comment was toward the end of a two-minute response to a question about civil unrest in the country,” Bustos noted, adding that the senator had referenced his colleague in Washington, U.S. senator Tim Scott, as an example of blacks who could “go anywhere.”


“You could be an African American and go to the Senate, you just have to share the values of our state,” Graham said.

Addressing the nominee, Graham invoked the landmark 1954 supreme court ruling in Brown v. Board of Education (347 U.S. 483) which struck down racial segregation as unconstitutional.

“You’re not aware of any effort to go back to the good old days of segregation by a legislative body, is that correct?” Graham asked Barrett.

To be clear: We do not think Graham is racist (although his erstwhile political advisor was a well-known neo-Confederate). The 65-year-old native of Central, S.C. has a litany of shortcomings in our view, but we do not believe racism is one of them.

Far more likely in our view? That Graham is just speaking without thinking …

Also worth noting? Republicans aren’t alone when it comes to making race-related gaffes during the current election cycle. Look no further than Democratic presidential nominee Joe Biden – who told internet host Charlamagne Tha God earlier this year that if black voters didn’t know whether they were supporting his candidacy over Trump’s, they weren’t black.

“I’ll tell you what, if you have a problem figuring out whether you’re for me or Trump, then you ain’t black,” Biden said – one of many race-related gaffes committed over the course of the campaign by the 77-year-old career politician.

Graham has found himself in a surprisingly competitive fight in a state that backed Trump by a 14.27 percent margin in 2016.

Rex has since left the Democratic party, too – co-founding the Alliance Party of South Carolina in 2014.

While the latest public polling puts Graham ahead of Harrison by a six percentage point margin, an internal poll published this week by the political action committee Lindsey Must Go showed the race tied.