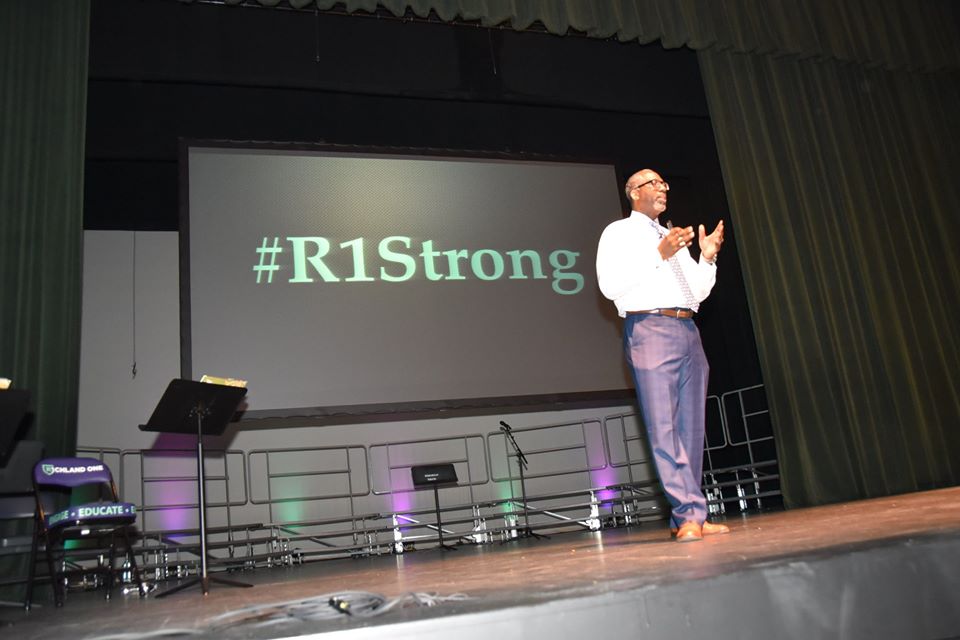 Mounting tensions between Richland County School District One officials and parents who have been fighting for fiscal transparency hit a peak this month when a board member alerted the public to $700 the district spent on “gifts” for school board officials.

Commissioner Beatrice King brought up the “gifts” — seven Nike windbreakers for each of the board members that cost $100 each — in a public meeting this month.

“I have questions regarding which money this came from,” King said. “This is a $100 jacket — and we have teachers that don’t have the money to buy paper or office supplies. This is concerning.”

Richland One board chairman Jamie Devine said the jackets were purchased “for spirit and camaraderie” for school board members to show their pride when they are out in the community.

The $700 purchase infuriated several parents who spoke to FITSNews. They saw it as a “symbolic move” indicative of the board’s fiscal irresponsibility.

“It was the tip of the iceberg —it symbolized so many of the issues we’ve had with this board for a while now,” one parent told FITSNews. “This board can’t handle money.”

For parents like Flynn Bowie, who have been questioning the district’s spending for more than a year now, the rising problems “came to a head” this month.

“Parents are angry because we can’t get a simple answer for simple questions,” Bowie said.  “We want to know how money is being spent. Instead, the district is spending, or appears to be spending, it on lavish things. Money isn’t going to people in the classroom. We are getting ignored by the board.”

What parents are seeing is more money in the district spent on unmeasurable programs such as “Irly Bird” and “Engenuity” (purposefully spelled incorrectly, both of which are detailed below), poorly managed multi-million dollar projects like the athletic fields, and “lavish” spending on food and other items that they say do not benefit the children of the district.

Concerns over Richland 1’s questionable spending come as state lawmakers are mulling education reforms that would pump tens of millions of dollars in new money into South Carolina’s school system – an investment many critics (including the founding editor of this news outlet) view as producing diminishing returns.

Several parents who spoke with FITSNews chose to stay anonymous, telling us conflict began brewing between the district and parents in 2016 – when new Superintendent Craig Witherspoon missed a Title 1 federal funding deadline that cost the district at least $3.1 million.

“We were shocked to learn the district bungled the paperwork,” a parent told FITSNews. “That’s when a lot of us started paying attention to the district.”

Witherspoon’s controversial past as the former superintendent of the Birmingham School District in Alabama troubled parents when he was hired in 2015. School board members in Birmingham tried to fire him twice before he resigned in 2012, The Birmingham News reported. He reportedly left the district “in shambles” and the state had to take over the board.

In 2016, Parents asked Witherspoon to resign over the multi-million dollar error, The State newspaper reported at the time.

“But the board stuck with him, even despite the fact their own children were being short-changed,” the parent said. “That money could go to resources that children in Title 1 schools desperately need like mental health counselors and social workers.”

The Richland 1 school board has been accused of awarding major contracts to businesses connected to board members.

Lasenta Lewis-Ellis‘ multiple business connections are a clear example of this.

Lewis-Ellis’s company LLE Construction Group managed construction and renovations for eight stadiums/ fields in the district — including the AC Flora field — which cost more than $728,190 and was unplayable for months in 2019 due to safety issues, WIS TV-10 (NBC – Columbia, S.C.) reported.

“It was not constructed properly and as a result, the field is not level. We have kids slipping and sliding all over the field,” Bowie said. “We spent an enormous amount of money on that field, and a year later, the field isn’t where it needs to be and still hasn’t been addressed.”

In Tuesday’s board meeting, Will Owens, District 1 parent, said the field still appears to be unsafe and problematic.

It is not known what specifically LLE Construction Group’s role was with the field, aside from project management.

Lewis-Ellis is also the owner of Need-A-Lift transportation company — a company that was paid $105,457 in the last fiscal school year, according to Richland County School District 1 records. Those records say the company was paid for “homeschool transportation” and “activity trips.” We tried calling the 803-400-2105 phone number listed on needalisftsc.com, but it was not in service.

Lewis-Ellis also is a board member of the “Engenuity” program which received $550,000 dollars from the school district in the last fiscal year, according to records.

Tameika Isaac Devine, chairman Devine’s wife, was a board member for Engenuity in 2018, according to EngenuitySC’s website.  Richland 1 commissioner Cheryl Harris currently serves on the EngenuitySC board, the website says.

During an August 2019 meeting, King brought up Harris’ ex-officio member status with Engenuity as an ethical concern as they were voting to extend the contract of the “nonprofit that helps local leaders build a more prosperous region.”

But the board instead moved forward and voted in favor of the contract — with King being the only “no” vote.

The Irly Bird program, which costs the district more than $250,000 annually, has raised eyebrows across Richland 1 since it was first introduced in fiscal year 2019. In the last fiscal year, the district spent $287,280 on the program — more than $39,000 over budget.

The program, labeled as an Elementary STEM (Science Technology, Engineering, and Mathematics) and Literacy Initiative, doesn’t appear to have accreditation from education experts, which was brought up in the October board meeting where every member — except King — approved the program.

In the meeting, King asked if the Irly Bird program was approved by any STEM organization or received national recognition.

“I’m not sure of that,” Quentin Haggwood, executive director for early childhood and elementary education in the district, told the board.

Asked what qualifies the books to be “STEM” curriculum, Haggwood said the books are focused on STEM careers.

Several parents who read the books saw blunders in the book’s “STEM-related” storylines, however.

“There’s a book about a computer coder who fixes a computer with a screw driver,” a parent told FITSNews. “That isn’t teaching kids about computers.”

On top of their many other problems with the school district’s spending, parents at Richland 1 School District are also bothered what appears to be “lavish” spending in their eyes.

“They’re currently running ads on TV for the gala, which I’m sure are expensive,” parent Flynn Bowie said. “The bottom line is it’s a huge money loser. That money could pay a teacher’s salary. Why do we even need it?”

“Some of these I’m sure could be explained, like Chick-Fil-A, sometimes they take kids there on field trips and parents pay the school lunch money,” Bowie said. “But the problem is we can’t get anyone to sit down with us at the district and explain this to us.”

In an op-ed printed in the State newspaper responding to commissioner Beatrice King’s piece earlier this month about the school board’s $100 jackets, Devine said the jackets were not a gift but paid for by the athletic department.

“The fact is that providing the jackets for board members was not ‘thoughtless’ — in truth, it was a thoughtful way for us to show support for the district in a prudent manner, while also promoting the district as our members travel throughout the district, state and nation,” Devine wrote.

In the piece, Devine called King “disruptive” for expressing concern about the jacket.

“Richland One has been and continues to be a good steward of taxpayers’ dollars; our beginning salary for new teachers is one of the highest in the Midlands,” he wrote.  “We also provide additional funds to teachers for supplies above what the state provides. We constantly look for ways to support schools in improving students’ opportunities and outcomes. And that will not change — these efforts are yielding progress.

Devine did not address the dozens of angry comments on the Friends of Richland One Facebook page.

Richland One will be holding a series of board meetings “seeking input on 2020-2021 budget” in February and March.

Richland One officials did not immediately respond to FITSNews’ request for comment on this story.

FITSNews will continue to report on the many facets of this story as we expect several developments in the near future.