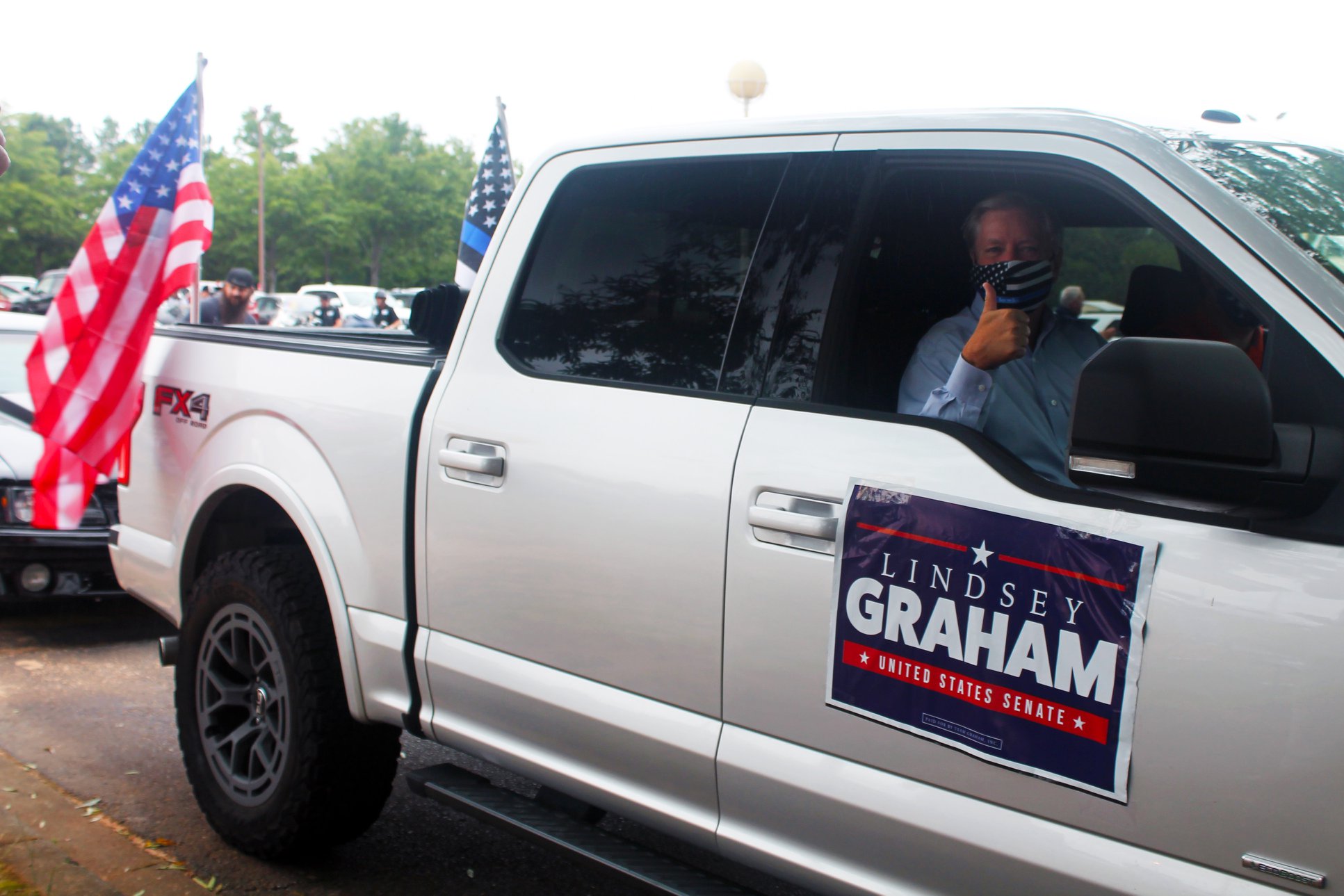 This group – which is currently without a leader – shared a piece of propaganda aimed at influencing the election between “Republican” incumbent Lindsey Graham and his Democratic challenger, Jaime Harrison.

Specifically, the group has issued an appeal to social conservatives in the hope of shoring up Graham’s vulnerable right flank.


(Via: Faith and Freedom Coalition)

This document was prepared by the Faith and Freedom Coalition, a group founded and led by Ralph Reed (formerly of the Christian Coalition).

“We hope this guide will aid and inform you as you prepare to select public servants who share your values,” an accompanying release from the Palmetto Family Alliance stated.

The problem? Two of the items included on the guide contain abject falsehoods. Other items take extensive liberties with the truth.

But was he? No … at least not when it counted. In 2013, for example, Graham joined other fiscally liberal U.S. senators (including the late John McCain) in voting for a resolution that funded Obamacare in the federal budget.

Hell, Graham couldn’t even get a partial repeal of Obamacare passed after “Republicans” took control of the U.S. House, U.S. Senate and the White House in 2017.

The guide also claims Graham supported U.S. president Donald Trump’s border wall – even though he has spent the better part of the past decade pursuing an open borders agenda in Washington, D.C. that has incentivized illegal immigration.


But the biggest lie in this “guide” is the assertion that Graham opposes “abortion on demand.”

Readers will recall that prior to the bruising U.S. Senate battle over the confirmation of supreme court justice Brett Kavanaugh, Graham explicitly affirmed his support for the controversial 1973 decision Roe v. Wade that legalized abortion on demand in the United States.

“You don’t overturn precedent unless there’s a good reason,” Graham said on NBC’s Meet The Press in July 2018. “I would tell my pro-life friends: You can be pro-life and conservative, but you can also believe in stare decisis.”

Stare decisis, for those of you uninitiated, is Latin for “stand by things decided.”  Or standing by precedent.

In other words, Graham stood by Roe v. Wade … and reportedly made it clear to Trump in the summer of 2018 that his next supreme court nominee must do the same.

Finally, the guide claims Graham backed Trump’s tax cuts – which is true. However, as this news outlet consistently argued, those cuts did not go near deep enough (and failed to target sufficient relief to middle class Americans).

Bottom line? Graham and the GOP establishment clearly know he has serious trouble on his right flank. As a result, they are trying desperately to shore up this flank as election day approaches. And by now, Graham has probably also realized his campaign has missed its window to exploit glaring vulnerabilities that Harrison has with his own base of liberal voters.

Which makes this race a turnout drill …

Graham’s problem in such a race? He has contorted himself so many times on so many different positions that his base simply no longer trusts him … nor should they, as the glaring inaccuracies and misrepresentations contained in this so-called “guide” clearly demonstrate.