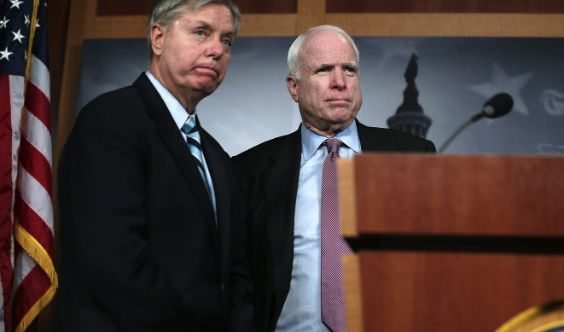 In other words, they voted to fund Obamacare. Sure, most of them voted moments later against the same budget resolution they voted moments earlier to advance … but by then it was too late. Democratic leader Harry Reid had all the votes he needed at that point.

No matter how the pundits in the political class try to slice it (and they will try to slice it, believe us), the bottom line is this: The GOP caucus in the U.S. Senate had a chance to stand firm and block this abomination and they failed.

Now the legislation goes back to the U.S. House – which has already stripped Obamacare funding from its spending bill. Assuming neither chamber blinks, a partial shutdown of the federal government will take effect at midnight on September 30.

The good news in all this? Nineteen GOP Senators followed the courageous lead of U.S. Sen. Ted Cruz (R-Texas) – who staged an impassioned 21-hour filibuster earlier in the week against Obamacare funding.

Among them? South Carolina’s own Tim Scott.

Overall the effort to block Obamacare failed 79-19. Within the GOP caucus the vote was 25-19, with two Republican Senators not voting.

How did your Senators vote? Click on the link below to find out …