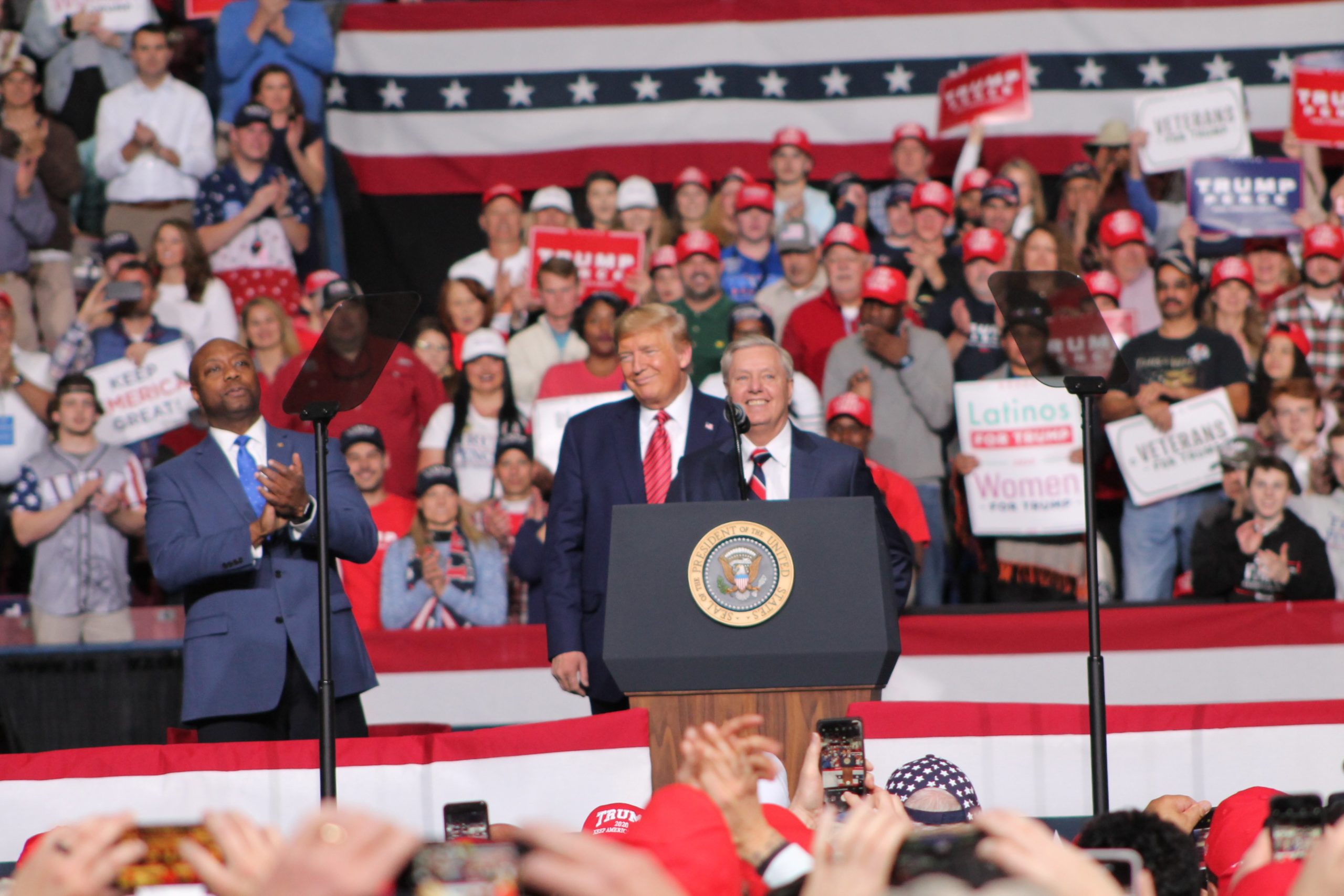 “There is a homophobic republican senator who is no better than (Donald Trump) who keeps passing legislation that is damaging to the LGBT and minority communities,” Harding tweeted. “Every sex worker I know has been hired by this man. Wondering if enough of us spoke out if that could get him out of office?”

“I cannot do this alone,” Harding added in a follow-up tweet. “If you’d be willing to stand with me against LG please let me know.”

Considering there is only one member of the U.S. Senate with those initials, speculation quickly turned (again) to U.S. senator Lindsey Graham of South Carolina, who has been dodging rumors like this for the better part of the last decade. This time, though, the allegation quickly took on a life of its own. By Friday afternoon, the hashtag “Lady G” – which is purportedly Graham’s nickname among male sex workers – was trending on Twitter.

Just when you thought 2020 couldn’t get any crazier, right?

Who knows. For years (most recently in October 2018), Graham has denied being a homosexual.

“I know it’s really gonna upset a lot of gay men – I’m sure hundreds of ’em are gonna be jumping off the Golden Gate Bridge – but I ain’t available,” he famously told The New York Times Magazine in 2010. “I ain’t gay. Sorry.”

Still, the rumors have persisted … with many of Graham’s conservative opponents espousing the theory that he was being manipulated (or blackmailed) politically due to secrets surrounding his sexuality.

To be clear: This news outlet does not care about Graham’s sexual orientation. In fact, the sooner we can stop contemplating whatever might turn on the 64-year-old Central, S.C. native, the better.

“Maybe he is gay, maybe he isn’t,” we wrote recently. “We hear the same rumors everybody else does, but it simply isn’t something that factors into our assessment of him as an elected official.”

We are much more concerned with Graham’s chameleon-esque inability to settle on a political orientation. An erstwhile #NeverTrumper, he flip-flopped and began supporting Trump in late 2017 when it became clear he was about to lose his seat.

This news outlet has never been a fan of Graham’s, however we have kept our criticism focused on the issues – like his hare-brained foreign policy views or his failure to consistently stand for the right to life.

We think his votes are bad … and we would like to see him out of office. But we are not going to vilify him over something in his personal life without a damn good reason. Like abuse of power. Something involving tax money. Overt hypocrisy. Or maybe … a clown mask?

Graham is facing a tougher-than-expected fight this fall from Democrat Jaime Harrison, who has attracted significant national support (and raised some serious cash) in his bid to oust the third-term lawmaker. Harrison, incidentally, has been the focus of similar rumors over the years … which we care as much about as the rumors surrounding Graham.

Still, something about this particular installment of the “Lindsey Graham is about to be outed” rumor seems … different. Lots of national reporters are clearly chasing it (including several who have called our news desk), and the chatter about numerous male escorts contemplating the consequences of violating alleged nondisclosure agreements seems curiously (disturbingly) specific.

Stay tuned … we will have to wait and see what the future holds for the senior senator from South Carolina as he battles the latest (and greatest) round of rumors.