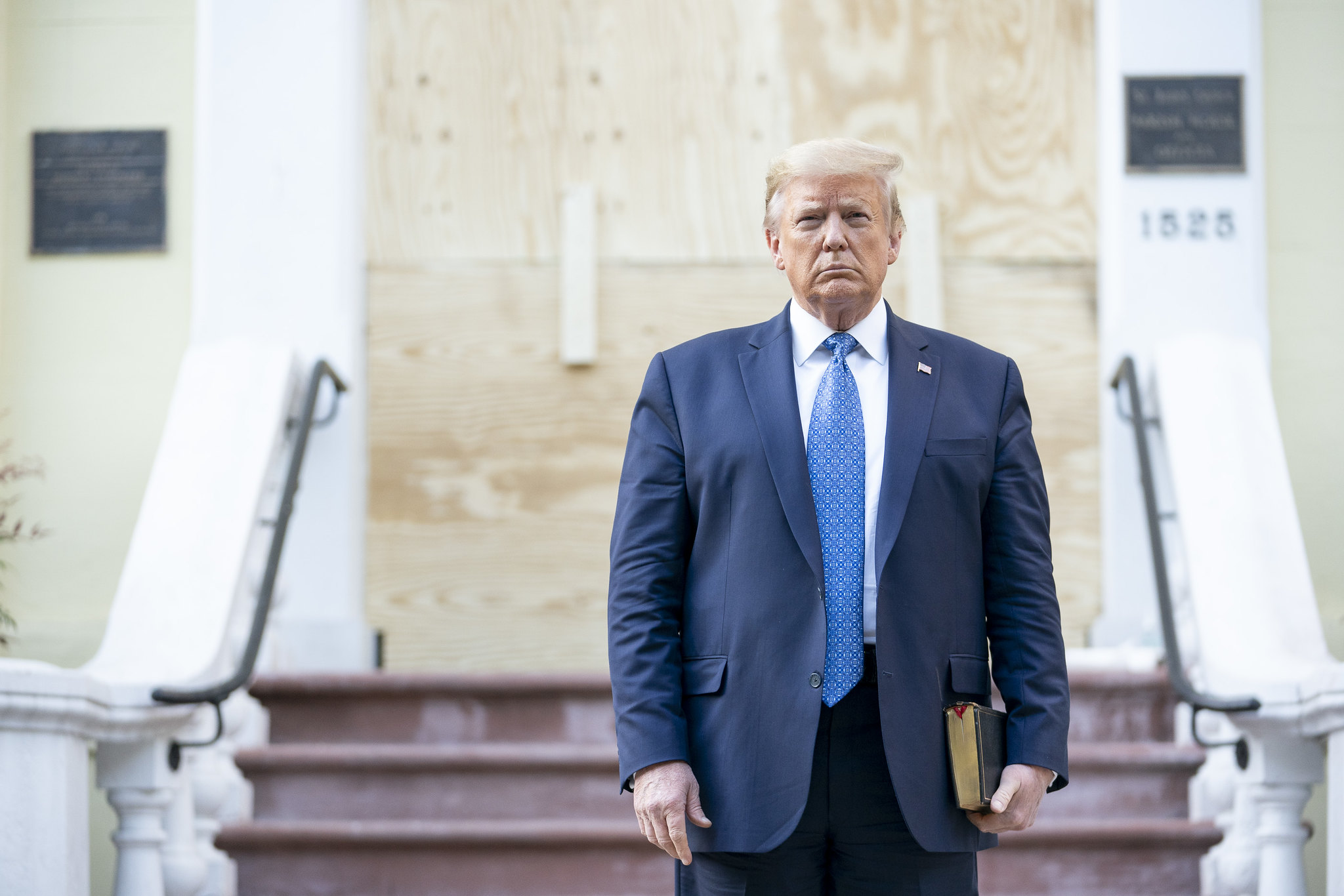 Let’s be clear about one thing: This news outlet is not about to defend U.S. president Donald Trump for the way he has handled the violent fallout from the killing of George Floyd in Minneapolis, Minnesota last week. While we appreciate Trump’s calls for law and order – and generally believe his hard-line stance against domestic terrorism has been appropriate (and necessary) – we continue to marvel at the tone deafness of some of his public relations moves (including the heavy-handed tactics that went into producing the photo opportunity above).

Far too many times he snatches defeat from the jaws of victory … and needlessly squanders support.

That’s not the reason we stopped supporting him, though … it’s just an observation.

Anyway, with mainstream and social media both doling out extra portions of hatred for Trump in the aftermath of the Floyd riots – and with the president making his usual “play-to-the-base” pronouncements – we expected to see a precipitous decline in his approval ratings.

Strangely enough, that is not what is happening.

According to YouGuv polling data (.pdf) taken in the days before the violent outbreaks, Trump’s approval rating stood at 44 percent overall – with 22 percent strongly approving of his performance in office. Meanwhile, 51 percent disapproved of Trump’s performance – including 39 percent who strongly disapproved.

Now, the same pollsters (.pdf) show Trump’s approval rating at 43 percent overall – with 26 percent strongly approving of his performance. Trump’s disapproval inched up to 53 percent, including 42 percent who strongly disapprove.

That’s only a three-point swing … well within the survey’s margin of error.

Something very surprising (and worth watching) within these numbers, though? Black Americans – the ostensible victims of Trump’s “racism” – are backing Trump in stronger numbers after the riots, according to the YouGuv data. Last week, 12 percent of black voters approved of the job Trump was doing – including 7 percent who strongly approved. This week, 18 percent approved – including 11 percent who strongly approved.

“Hispanic and Black Americans, many of whom find their communities destroyed, are not buying the mainstream narrative that Trump is to blame for the lawlessness that has reigned over the past few days,” noted analysts at the Market Research Foundation. “Instead, early polling indicates minorities favor Trump’s measured response to defend the law.”

As we have previously noted Hispanic voters continue to be a particular area of concern for former U.S. vice president Joe Biden.

Which reminds us … Biden has not used the fallout from the riots to atone for his previous tone deafness with black voters. If anything, his response has made matters worse.

Again, we present this data with any number of caveats …

First, it did not come from Robert Cahaly … a.k.a. the oracle.

Second, it is national popular vote polling … meaning it is of dubious value in assessing the dozen or so swing states that will ultimately determine the outcome of the 2020 election.

Third, polling like this historically underestimates Trump’s support … as the media establishment learned the hard way in 2016 (particularly in the Rust Belt).

Bottom line? We were genuinely surprised to see this data, and are very interested in learning whether it is an outlier or whether it marks the beginning of something surprisingly sustainable for the bombastic incumbent …