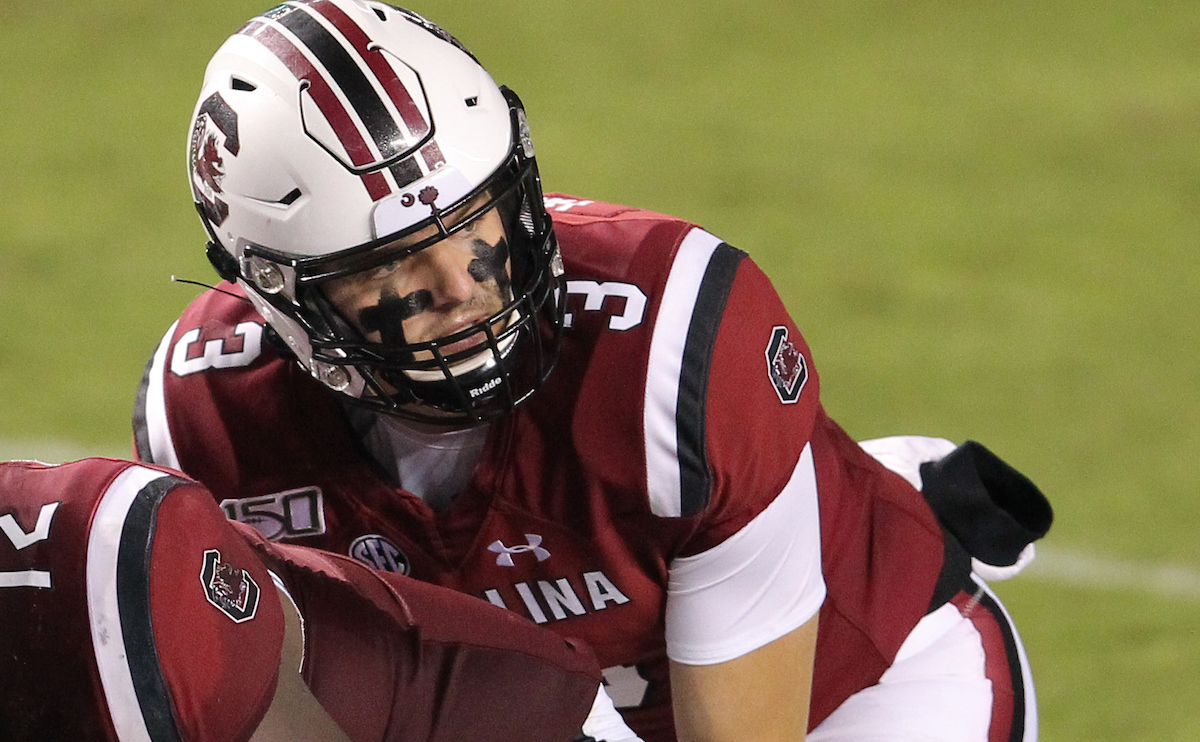 It has been less than a week since the University of South Carolina’s 2019 football season mercifully ended with another blowout loss to arch-rival Clemson. But like a reality television show in which the real drama takes place off-camera, the postseason headlines have been nothing short of seismic.

Not unlike the headlines during the season …

First, we learned of the chaos and uncertainty surrounding the offensive coaching staff … which presided over a debilitating regression this season.

Second, we learned that the team’s most experienced offensive player – who missed nearly all of the 2019 season with an injury – was transferring.

The latest bombshell? The announcement that true freshman quarterback Ryan Hilinski – who took over for transferring quarterback Jake Bentley after the first game of the season – was undergoing surgery to repair “a small tear of the lateral meniscus in his left knee.”

Hilinski sustained the injury during the Gamecocks’ 20-17 upset of third-ranked Georgia on October 12, 2019. The 6-foot-3, 230-pound true freshman from Orange, California left the game with 9:25 remaining in the third quarter when Georgia defensive back Lewis Cline was blocked into him on a third-and-long play.

Many Gamecock fans felt the hit was dirty, but South Carolina head coach Will Muschamp correctly debunked those comments.

“The Georgia player tripped over our offensive lineman,” Muschamp told reporters. “There absolutely was no malicious activity at all.”

Hilinski (above) writhed on the ground and pounded his hand in the turf following the injury – which kept him out of action for the remainder of the contest.

Two days later, though, he was cleared to play against No. 9 Florida.

Prior to the South Carolina athletics department announcing that Hilinski would undergo surgery, some media reports indicated the freshman quarterback had also sustained a partially torn anterior cruciate ligament (ACL) in his left knee as a result of the hit during the Georgia game. However a statement from the athletics department referred to those reports as “completely erroneous” – and asserted that Hilinski would be “at full strength” when the Gamecocks began winter workouts in January.

“The University of South Carolina is in full accord with the NCAA in regards to student-athlete welfare,” team physician Jeff Guy stated. “All medical-related decisions about a player’s availability are made by the medical staff only, and then relayed to the coaching staff.”

The statement released by the school also quoted Hilinski’s father – Mark Hilinski – as saying he was “completely comfortable with how Ryan has been handled by the coaching and medical staff at South Carolina.”

Questions have also been raised about how the school handled knee issues involving former No. 1 national recruit (and 2014 No. 1 NFL draft pick) Jadeveon Clowney.

In fairness, Clemson has faced similar questions – especially after it was revealed its former star quarterback Deshaun Watson played against South Carolina on a partially torn ACL in 2014.

Our view? At this point we have seen nothing to suggest South Carolina is any better – or worse – than other programs when it comes to handling injuries. However, the issue does lend itself to a broader discussion we have been pushing for the last six years.