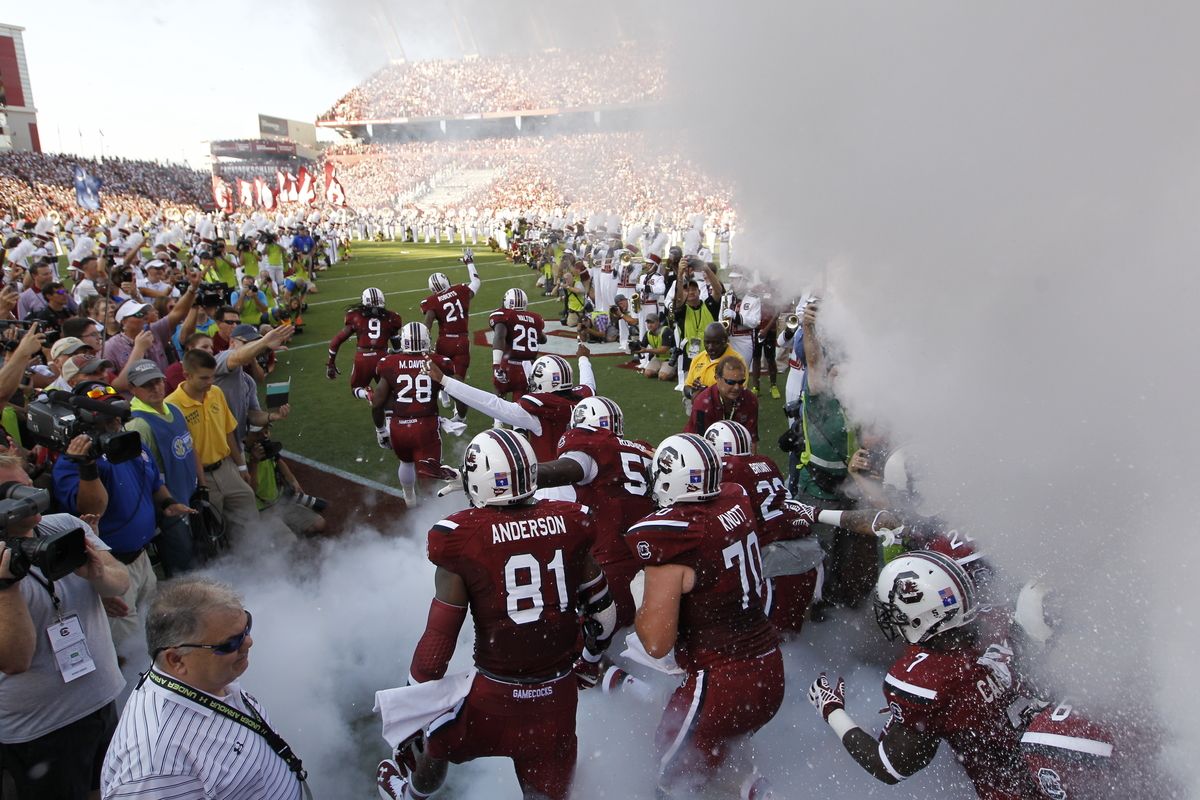 || By FITSNEWS ||  It didn’t get much attention (beyond college football message boards, anyway), but the disastrous 2014 University of South Carolina football season continues rearing its ugly head well into 2015.

And no, this isn’t another story about the recruiting fallout experienced by head coach Steve Spurrier‘s program.

We’re referring to allegations made by former South Carolina offensive lineman Na’Ty Rodgers – a 6-foot-5, 280-pound four-star recruit from Pomfret, Maryland who turned down offers from Florida State and Oklahoma to play football for the Gamecocks.

The third-rated recruit in South Carolina’s 2013 class, Rodgers – who was dismissed from the program last November – took to social media last month to accuse the Gamecock medical staff of misdiagnosing an injury to his knee.

“USC told me my knee was fine now a real doctor says I might have to have surgery,” Rodgers tweeted.

He added that “for multiple weeks they said I was fine to practice but an X-ray shows a piece of my knee is off the bone.”

“Happy I’m out of there,” the Under Armor high school All-America concluded.

Rodgers had knee surgery last week, for those of you keeping score at home.

Vilified by Gamecock fans in the wake of his announcement, Rodgers later deleted his accusatory tweets.  And at that point his allegation basically vanished into the internet aether.  In fact it even failed to make a reappearance the following week, when the Houston Texans provided an update on the status of their No. 1 overall pick, former University of South Carolina All-American Jadeveon Clowney.

Clowney suffered a meniscus tear in his right knee after landing awkwardly during his NFL debut last September.  He returned to action seven weeks later, but struggled to recapture his trademark explosiveness off the line and was experiencing swelling in his knee after exertion.  Last December he underwent a risky microfracture procedure in an effort to correct the problem.

Can he make a full recovery?  The jury is out …

Among the most pervasive rumors in the meantime?  That Clowney’s lingering knee problems during his final season in Columbia, S.C. were not properly treated by the Gamecock medical staff.  Or – even worse – that Clowney was cleared to play when he should have been held out of action.

Some of those making the most hay over the allegations have the least room to talk, though.  We’re referring, of course, to fans of the Clemson University football program, which played starting quarterback Deshaun Watson against the Gamecocks last November despite the fact he had a torn anterior cruciate ligament in his left knee.