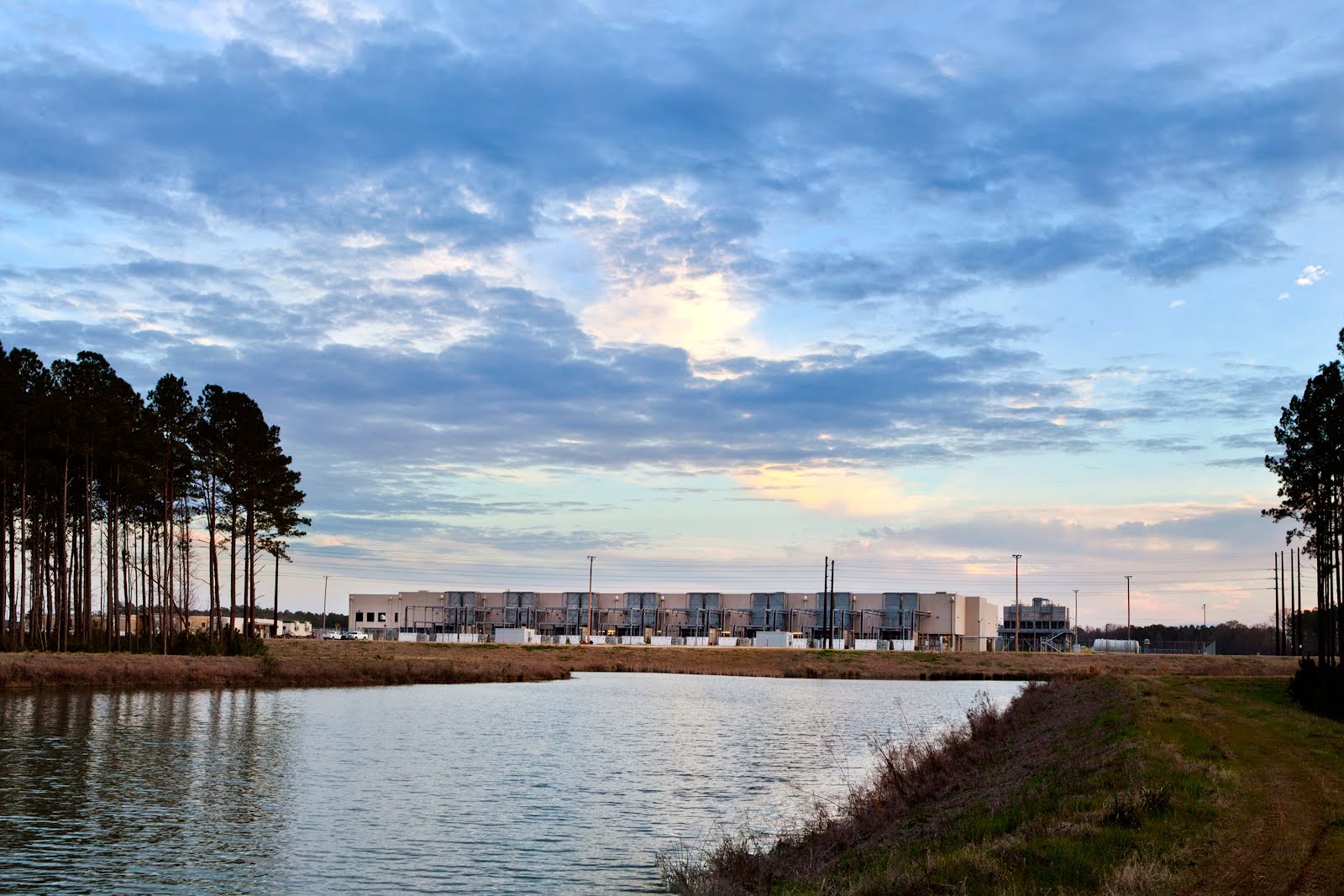 Strange things are afoot at the South Carolina Department of Health and Environmental Control (SCDHEC), which recently undertook a surprise review of a water permit issued earlier this year to tech giant Google – which is thirsty for additional H20 to cool servers at its sprawling Berkeley county, S.C. data center (which the company is currently in the process of expanding).

Remember this battle? We wrote about it back in June – when SCDHEC was considering issuing a permit for Google to draw nearly 550 million gallons of groundwater per year for this facility from the Middendorf Aquifer, an underground water source located 1,800 to 2,000 feet below the coastal plain in the Palmetto Lowcountry. Google says its additional water demands are necessary to power a $600 million expansion of the facility, which currently employs an estimated 400 workers. More workers would be added if the expansion is allowed to proceed.

Environmental activists – and the increasingly eco-radical staff at The (Charleston, S.C.) Post and Courier – are up in arms over this decision, and have convinced SCDHEC to revisit the permit’s issuance at the agency’s December 12 board meeting.

Late last month, three SCDHEC board members participated in a “request for final review” subcommittee meeting regarding the permit. The meeting – held at 4:00 p.m. on Friday, November 22, 2019 – featured SCDHEC board member Rick Lee parroting talking points from environmental groups like the Southern Environmental Law Center (SELC), which adamantly opposes Google on this issue.

Lee – an appointee of S.C. governor Henry McMaster – began the meeting on a curious note, imposing a limitation on the information that the subcommittee was allowed to consider.

“Our considerations will only be with the documents provided,” he noted, referring to an unspecified report related to the permit. “There will be no comments from either the parties to this action or staff and no additional information beyond what we have in our hands will be made available.”

Usually, such language indicates a decision on an issue has already been made. Although under former governor Nikki Haley, SCDHEC’s board became overtly political … in her interests.

Lee’s mind was certainly made up, as he proceeded to rail against the permit on multiple fronts – accusing Google of secrecy, questioning its waters needs and blasting staff at the agency for providing commissioners with incomplete information about the issuance of the permit.

“It just appears to me that groundwater – particularly in this area – is of a critical nature, that it (must) be protected and over-extraction not take place,” he said.

Lee added that “an alternative is available” to Google, referring to an application the company recently submitted to draw five million gallons of treated surface water per day from the Charleston Water System.

That is more than three times the daily amount Google wants to pull from the Middendorf Aquifer.

“It is incumbent upon us to suggest that be the path (Google) follow,” Lee said, referring to the surface water alternative.

In addition to questioning the merits of the groundwater permit, Lee had harsh words for SCDHEC staff.

“There are a number of area in our staff’s presentation where I need additional information to be comfortable that their position is the one that this (board) should support,” Lee added. “There are a lot of missing pieces in here and I have extensive questions with regards to why we would turn over this volume of groundwater when there is an alternative that under construction or under permit at this point which would meet their needs.”

Lee’s concerns were echoed by new board member Sonny Kinney, who was appointed by McMaster earlier this year.

“I agree with your evaluation,” Kinney said, referring to Lee’s assessment. “At this point in time we should not be issuing a permit until such time as (Google has) its supplemental water supply.”

As we have previously noted, data centers consume massive amounts of water. According to a 2016 report from the U.S. Department of Energy’s Lawrence Berkeley National Laboratory, they are on track to gulp down an estimated 174 billion gallons a year in 2020.

Such demands have pitted these ostensibly environmentally conscious companies against environmentalists – including the S.C. Coastal Conservation League (SCCCL). Of interest? Pierre Manigualt, the compromised chairman of the Post and Courier’s parent company, is a member of the SCCCL board.

Our view? Unlike other news outlets covering this issue, we do not have a dog in the fight when it comes to Google’s permit. Certainly we believe Lee raises some valid points regarding this permit (assuming his information is accurate) – but the manner in which this hearing was conducted (including the exclusion of other information) strikes us as troubling.

Also troubling? Allegations that environmental advocates illegally lobbied board members in advance of the November 22 meeting.

“There is a judicial process to appeal a permit, which (the environmental groups) could have done” one Google supporter told us. “It is illegal to lobby board members before a meeting. If any lobbying group can regulate how state agencies govern, we become a less business-friendly state.”

One veteran manufacturing leader in the Palmetto State concurred with that assessment, noting that a reversal of the Google permit – even on otherwise well-founded grounds – could send “yet another terrible message to corporations looking to do business in South Carolina.”

Stay tuned … we look forward to covering this issue closely in the weeks to come as Google’s “water war” in the Palmetto Lowcountry generates more steam.