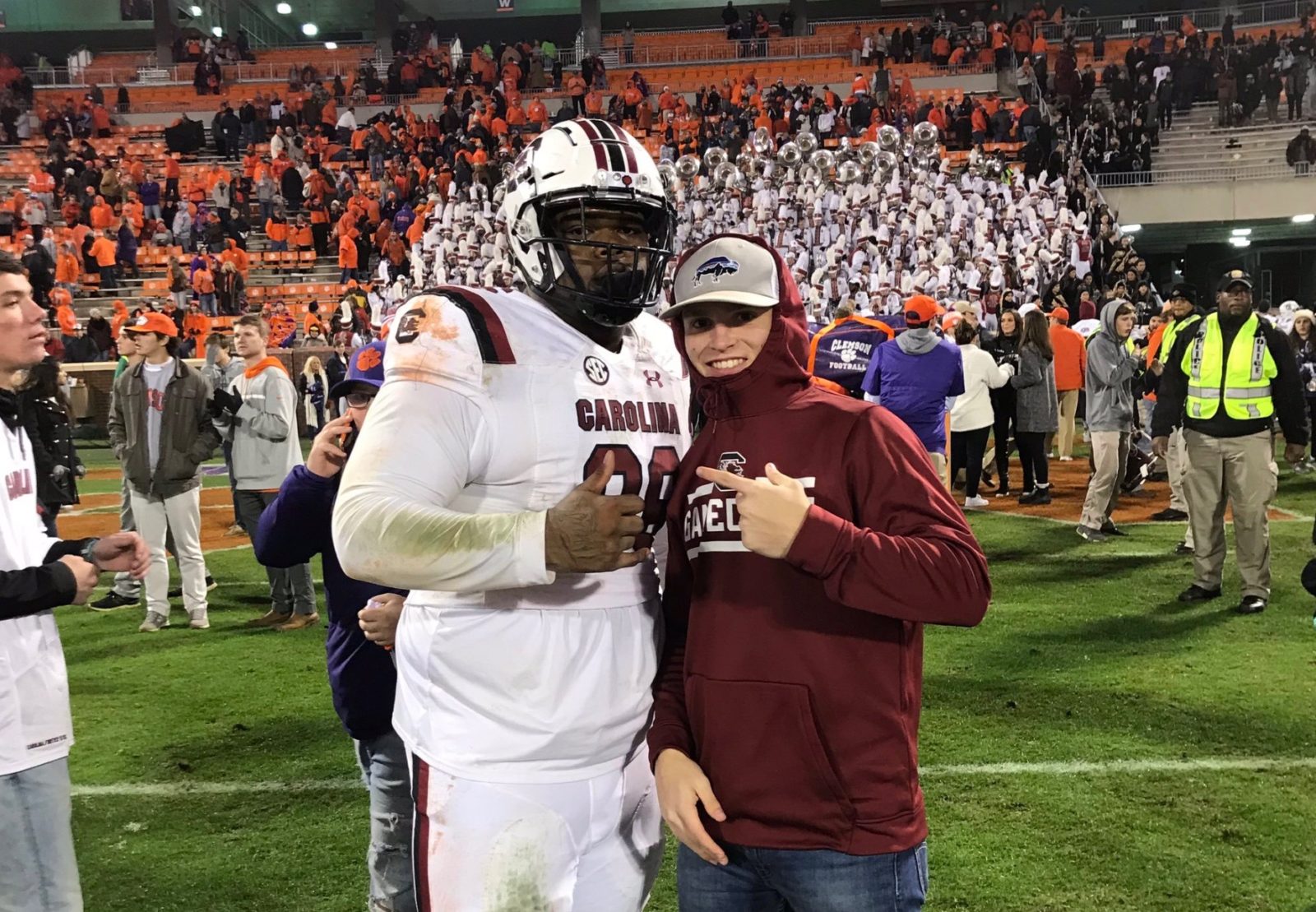 Two years ago, Josh Belk was a highly-touted defensive lineman coming out of Lewisville high school in Richburg, South Carolina.

A four-star recruit, he originally committed to Clemson University but transferred to the University of South Carolina in 2018 after participating in spring drills with the Tigers.

Belk’s decision to leave the Clemson program was driven by a family health scare. According to him, transferring was “something I didn’t want to do but felt like I had to do” in order to be closer to his ailing mother.

Six months later, in February of 2019, the 6-foot-3, 320-pound defensive tackle gave up football altogether. Belk cited a fractured vertebrae in his back as his reason for giving up the game. He played in only six contests the previous season – recording seven tackles (including three in the 2018 Belk Bowl).

His departure from the Gamecock program appeared to be on good terms, with the school’s head coach Will Muschamp issuing a statement calling Belk “a fine young man” and wishing him the best moving forward.

What really happened to Belk, though? In a new video posted to YouTube, the former Tiger/ Gamecock claimed he left South Carolina because Muschamp threatened to take his scholarship unless he participated in strength and conditioning workouts – while suffering from a broken back.

In his video, Belk claimed that after the 2018 bowl game he was participating in weight room drills at South Carolina – heavy squat lifts – when “my back just started burning extra bad.”

Belk said he went to the Gamecock training room for treatment and was initially diagnosed with a “muscle spasm.”

The following day, Belk said he was back in the weight room doing dumbbell presses when he noticed he was unable to lift his usual amount of weight without struggling.

Belk requested a magnetic resonance imaging (MRI) scan as well as a computed tomography (CT) scan – the latter of which reportedly revealed that his back had been fractured in three places.

“At that point I couldn’t even sit in class,” Belk said in his video.

Three days later, Belk said he received a text on his way to class instructing him to report to the weight room to work out. He declined, citing his back injury.

A week later, Belk said he received a phone calling telling him he “needed to meet with the head coach.” At this meeting, Belk claimed his scholarship was threatened.

“They told me then … either you going to lift … or we’re going to take your scholarship at the end of the semester,” Belk said.

“I’m injured and you want me to lift?” Belk recalled, incredulously. “And you’re threatening to take my scholarship because of that?”

Belk said he prayed about what to do but ultimately things got to a point at South Carolina where there was “no point in me staying here (if) my scholarship is going to get taken away.”

“It was kind of dirty,” he said of the way he was allegedly treated by Muschamp.

Belk said he attempted a comeback at the junior college recently but said his back issues have persisted – making it impossible for him to play.

Obviously there are multiple angles to every story … each of them reflecting different perspectives, but not all of them offering a perspective on the truth of what transpired.

This news outlet has reached out to the school’s athletics department in the hopes of getting its response to Belk’s video … we will let our readers know in the event we get its perspective on all of this.

UPDATE: We just received the following statement from the South Carolina athletics department …

The University of South Carolina is committed to providing all of our student-athletes with high-quality, comprehensive health care from nationally recognized surgeons and athletic trainers. Additionally, as stated in the Gamecock Student-Athlete Promise, all athletically-related scholarships provided to incoming freshmen are four-year agreements and coaches cannot withdraw scholarships because of medical reasons. Due to federal HIPPA laws, the University cannot comment about medical treatments or issues with any specific student-athlete.

Is Alabama Really On Upset Watch?