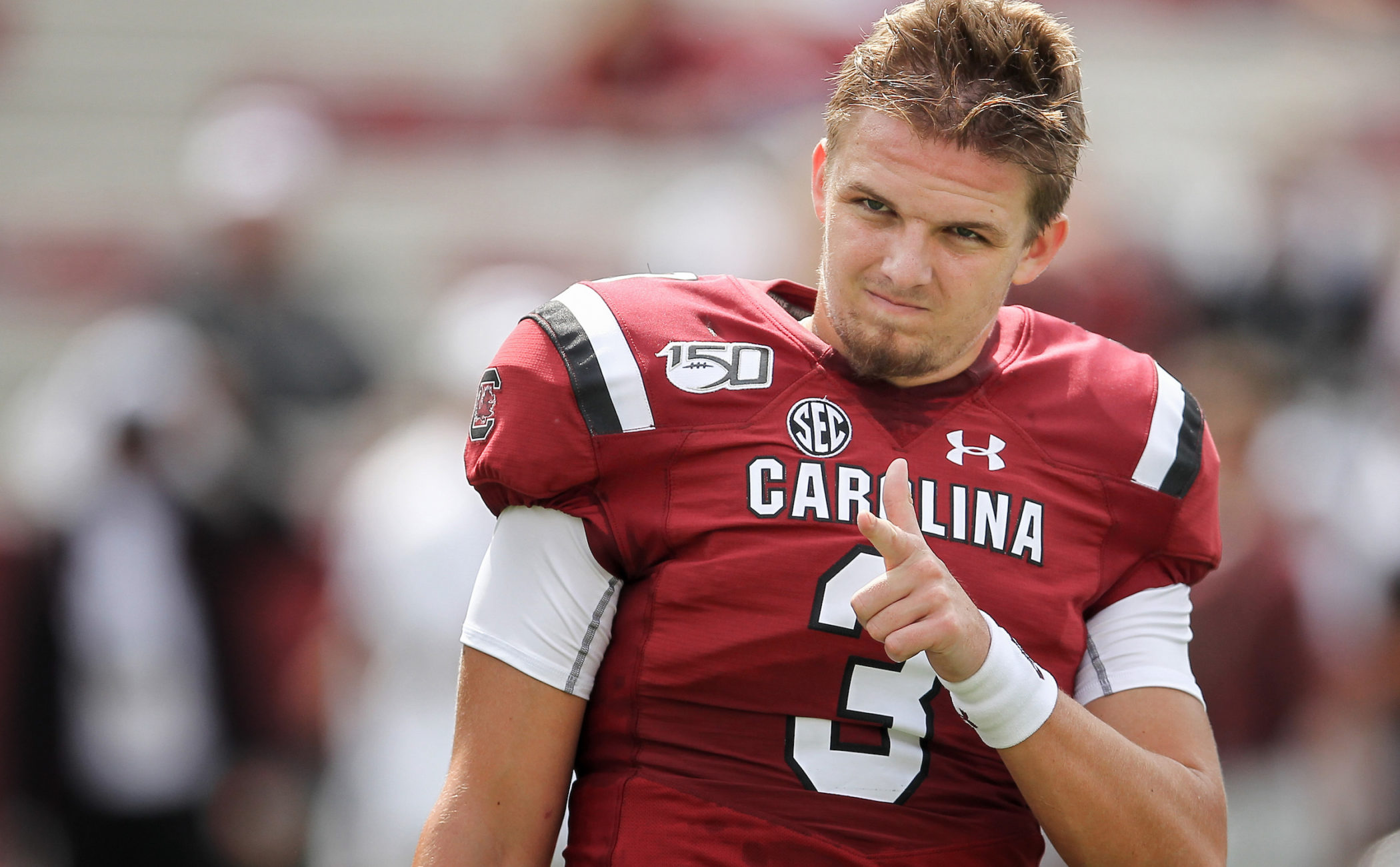 Because they would apparently prefer to ignore the full-scale, thermonuclear meltdown of their football program – and the fact there is very little that can be done about it – the University of South Carolina and its athletics department went to war with the media.

This time, it was The (Columbia, S.C.) State newspaper on the receiving end of the school’s derision – and not entirely without merit in this case, we must admit.

The problem with the headline? “Hilinski’s Hope” is the name of a charity that was formed by Ryan Hilinski’s family in memory of his late brother Tyler Hilinski, who committed suicide in January 2018 less than three weeks after making his first collegiate football start for the Washington State University Cougars.

Six months after Tyler Hilinski’s death, it was revealed he suffered from chronic traumatic encephalopathy – a neurodegenerative disease caused by repeated head injuries.

The backlash against The State over the headline was immediate – and immense. Accordingly (and appropriately), the paper apologized.

“Our sincerest apologies to the Hilinski family today for the unfortunate headline in our print edition today,” a statement from the paper noted. “Hilinski’s Hope works to raise awareness about mental health issues, especially for student-athletes. Although the connection between the headline and the foundation was unintentional, there is no excuse for such poor wording and we have reached out to the family and university to express our regrets.”

The paper also offered an explanation, claiming the “poor wording” of its headline originated from copy editors based in Charlotte, North Carolina – home of another newspaper owned by its parent company, McClatchy.

“All of our local content is of course generated by staff writers based in Columbia and edited by local editors,” the paper claimed. “The headlines that appear online are written by either the reporter or editor. The print editions of our company’s newspapers in both South Carolina and North Carolina are put together by copy editors based in Charlotte. They handle duties such as trimming stories to available space, editing photo captions and rewording long headlines into the space made available by the design of the page. In this situation, the copy editor chose to highlight in the headline the reporter’s wording in the first paragraph about the renewed hope Ryan Hilinski’s performance had brought to the team.”

The apology and explanation were not enough for the University and its athletics department, though. In a statement released on Sunday afternoon attributed to university president Robert Caslen, athletics director Ray Tanner and head coach Will Muschamp, The State was excoriated for its “unfortunate headline” and urged to take further action.

“Hilinksi’s Hope means so much to the Hilinski family, their friends, Gamecock Nation, college football fans across the country and those who have been affected by someone suffering from mental illness,” the statement read. “We were appalled to see this morning’s headline in The State newspaper that seemed cavalier about the seriousness of the mental health issue. It demonstrated a level of unprofessional and irresponsible journalism, and we find it unacceptable that the major daily newspaper in the hometown of our university would use such a headline in their game story. We don’t believe their apology is enough. We urge The State to be a leader in advocating and de-stigmatizing mental illness by making a very public effort to help fund and provide educational awareness to this very real problem.”

In other words, the school wants the paper to pay up for its poor judgment.

Our view on all of this? Sheesh. Where to start …

While it would probably behoove us to jump on the anti-State newspaper bandwagon … we just can’t.

The headline was insensitive and ill-advised, to be sure, and we certainly understand the emotional reaction it engendered from broad swaths of the Gamecock fan base (not to mention the gut punch to the Hilinski family). Moreover, we are not entirely sure we accept the paper’s explanation for how it happened – or its claim that the headline was inadvertent (controversies equal clicks, people).

But the university’s over-the-top response to the situation – and its refusal to accept the paper’s apology – speaks to something bigger. Caslen, Tanner and Muschamp’s shameless stoking of the fan base’s ire in the hopes of turning the whole thing into a politically correct “teachable moment” is a diversionary tactic, pure and simple.

Bottom line? If Gamecock fans are busy venting their spleens at The State, then they aren’t venting them at Muschamp, Tanner and Caslen for the four-alarm dumpster fire currently consuming every aspect of this historic university and its once-proud football program.

Because that’s what South Carolina supporters should be livid about …