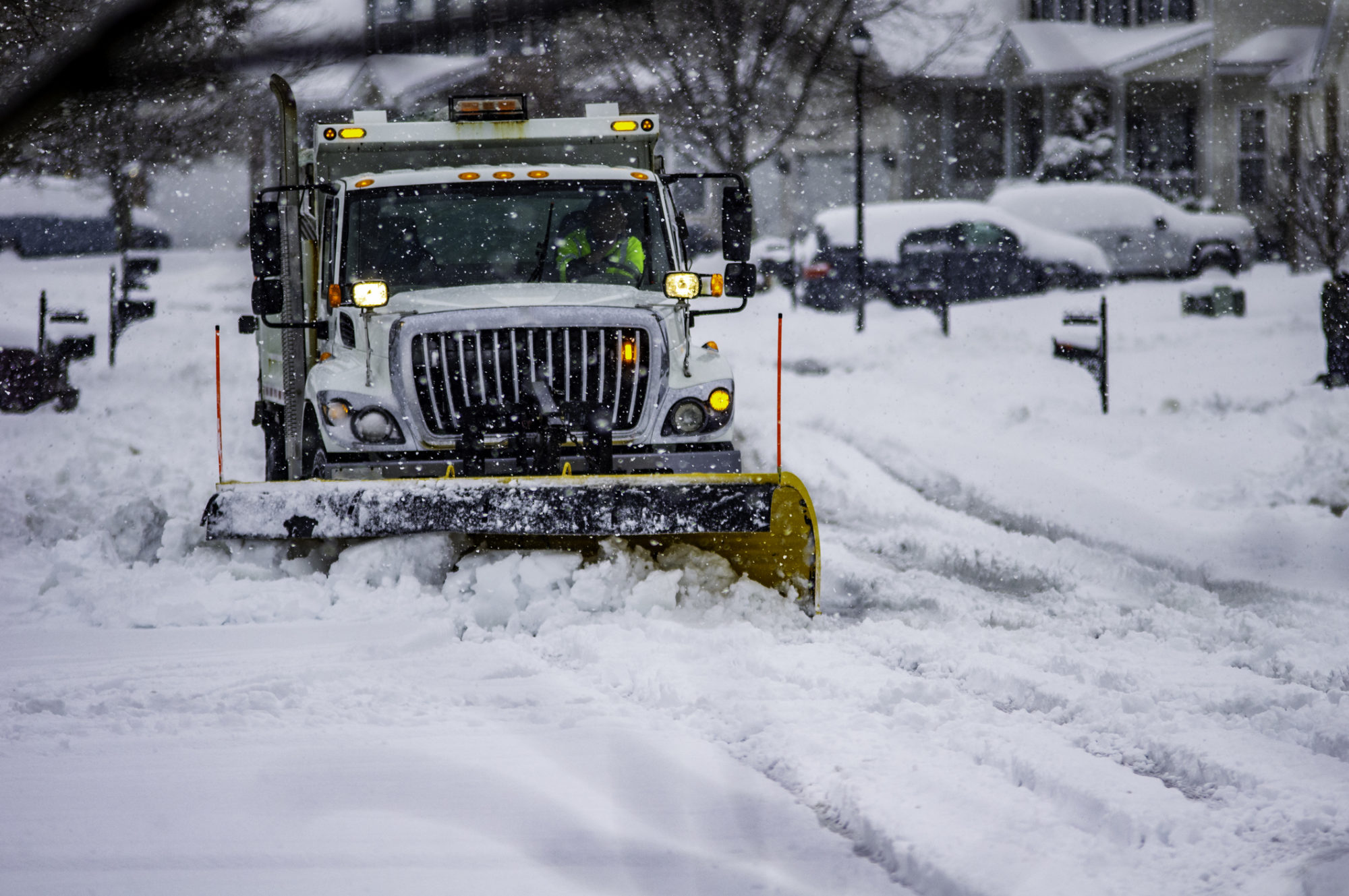 It is hard to know which end is up in the debate over climate change (a.k.a. “global warming”). A big part of the problem? Those championing Orwellian government intervention (and oppressive taxation) in response to this purported global phenomenon are reflexively recalcitrant in their arguments – viewing every data point associated with the debate as conforming to their theoretical construct.

In other words, whenever (and by however much) the mercury rises or falls … it is attributable to global warming.

“So ubiquitous is the belief in man-made global warming (a.k.a. anthropogenic climate change) that to speak so much as a syllable against it is to open oneself up to hostility and ridicule,” we wrote in a post two years ago. “Climate change ‘deniers’ in our society are derided as tin foil hat-wearing troglodytes, unenlightened rubes with no business participating in the marketplace of ideas.”

As we have often noted, it is impossible to debate people who see only validation of their ideology.

Irrespective of what the data may suggest …

We also believe it is important to maintain a healthy skepticism of those seeking to make acceptance of their views compulsory. Especially when they want to make you pick up the check.

Do climate change adherents/ alarmists have a point, though? Perhaps …

Last October the Intergovernmental Panel on Climate Change (IPCC) issued a special report assessing the potential impacts of a planetary temperature increase of 1.5 degrees Celsius – which is what its scientists are projecting for the earth between 2030 and 2052.

The report warned of a looming “climate change catastrophe” unless immediate action were taken to reduce carbon dioxide emissions.

Last November, the federal government echoed these concerns in a separate report – concluding climate change was posing “growing challenges to human health and safety, quality of life, and the rate of economic growth.”

“Global average temperature has increased by about 1.8 (degrees) from 1901 to 2016, and observational evidence does not support any credible natural explanations for this amount of warming,” the fourth National Climate Assessment (NCA4) noted. “Instead, the evidence consistently points to human activities, especially emissions of greenhouse or heat-trapping gases, as the dominant cause.”

The U.S. report expressly ruled out any other possibility for the recent “warming trend,” even though solar activity is thought to play a prominent role in the earth’s historic temperature fluctuations.

“The warming trend observed over the past century can only be explained by the effects that human activities, especially emissions of greenhouse gases, have had on the climate,” it concluded.

Yet as these definitive, increasingly dire pronouncements of a warming globe are being made by various governmental entities … forecasters are calling for a brutally cold winter in 2019-2020. One author, Michael Snyder of TMIN, is predicting a “catastrophically cold winter” – one caused in part by the sun entering a so-called “grand minimum”  (a.k.a. “solar minimum”) phase.

According to Snyder, “so far in 2019, there have been more than 200 days without a single sunspot on the sun.”

For those of you who fell asleep in science class (like us), a solar minimum features reduced solar magnetism, fewer sun spots and diminished ultraviolet radiation headed toward earth.  By contrast, increased magnetism leads to huge storms on the sun’s surface that spew “mass coronal ejections” of hot gasses into space.

While these “mass coronal ejections” are 93 million miles away from earth, they play a significant role in determining how hot or how cold it gets on our planet.

It is not immediately clear how long the current “solar minimum” will last, but the resulting “cooling period” could last for up to fifty years. The most recent “cooling period” – the so-called Maunder Minimum – lasted from approximately from 1645 to 1715 during what was known as the “Little Ice Age.”

“We do not know when solar activity will return to normal, but for now we should all prepare for a bitterly cold winter,” Snyder continued, referencing the frigid November temperatures that swept across the nation earlier this month (setting hundreds of new low temperature records).

Snyder is especially concerned about the impact a frigid winter could have on American farmers – who are already suffering through one of the most brutal years on record.

“According to the latest USDA crop progress report, only 52 percent of the corn in the middle of the country has been harvested,” Snyder warned. “So about half of the corn is still sitting out there, and these extraordinarily low temperatures could potentially be absolutely devastating. In essence, this cold front threatens to put an exclamation point on an absolutely horrific year for U.S. farmers.”

Worth considering? Solar minimums – which create longer winters and shorter summers – have historically been accompanied by worldwide famine.

“We had better hope that we have not entered another ‘Maunder Minimum,’ because right now we are struggling to feed everyone on the planet even in the best of years,” Snyder concluded.

Not everyone is buying the prediction of a deep freeze this winter, though. This week The Weather Company (an IBM business) called for a “warmer than usual winter for much of the southern and western United States,” although its forecast did note that “the northern and eastern U.S. will be shivering.”

Government weather watchers agreed, noting “warmer-than-average temperatures are forecast for much of the U.S. this winter.”

“Although below-average temperatures are not favored, cold weather is anticipated and some areas could still experience a colder-than-average winter,” forecasters at the National Oceanic and Atmospheric Administration (NOAA) concluded.

Others predicted a mix of warm and cold …

According to the extended forecast of the 2020 Farmers’ Almanac, “this winter will be filled with so many ups and downs on the thermometer, it may remind you of a ‘Polar Coaster.'”

“The worst of  the bitterly cold winter conditions will affect areas east of the Rockies all the way to the Appalachians,” the forecast predicted. “The biggest drop – with the most freefalling, frigid temperatures – is forecasted to take hold from the northern Plains into the Great Lakes.”

“The Northeast, including the densely populated corridor running from Washington to Boston, will experience colder-than-normal temperatures for much of the upcoming winter,” the forecast continued. “Only the western third of the country will see near-normal winter temperatures.”

The Old Farmers’ Almanac – America’s longest running periodical – urged its readers to “get ready for shivers, snowflakes, and slush!”

“Big chills and strong storms will bring heavy rain and sleet, not to mention piles of snow!” it predicted.

“This could feel like the never-ending winter, particularly in the Midwest and east to the Ohio Valley and Appalachians, where wintery weather will last well into March and even through the first days of spring,” Almanac editor Janice Stillman said.

First: Remember that none among us has all the answers. But all of us should be leery of those who think they do. If you are going to get involved in the climate change debate, keep an open mind and don’t rush to judgment in interacting with those who express viewpoints different than your own.

Second, irrespective of your own views on this debate we would encourage everyone to embrace the Biblical notion of stewardship – i.e. of leaving someplace better off than you found it. As we noted in a post last fall, “it shouldn’t matter whether global warming is real or a hoax, all of us should continue taking steps to improve our shared home for future generations.”

Finally, we continue to support market-based approaches to renewability and sustainability in all industries – believing the marketplace will continue to put a premium on the products, services and providers embracing these laudable objectives. In our estimation, such efforts are far more effective than government mandates, punitive taxes and crony capitalist interventions.