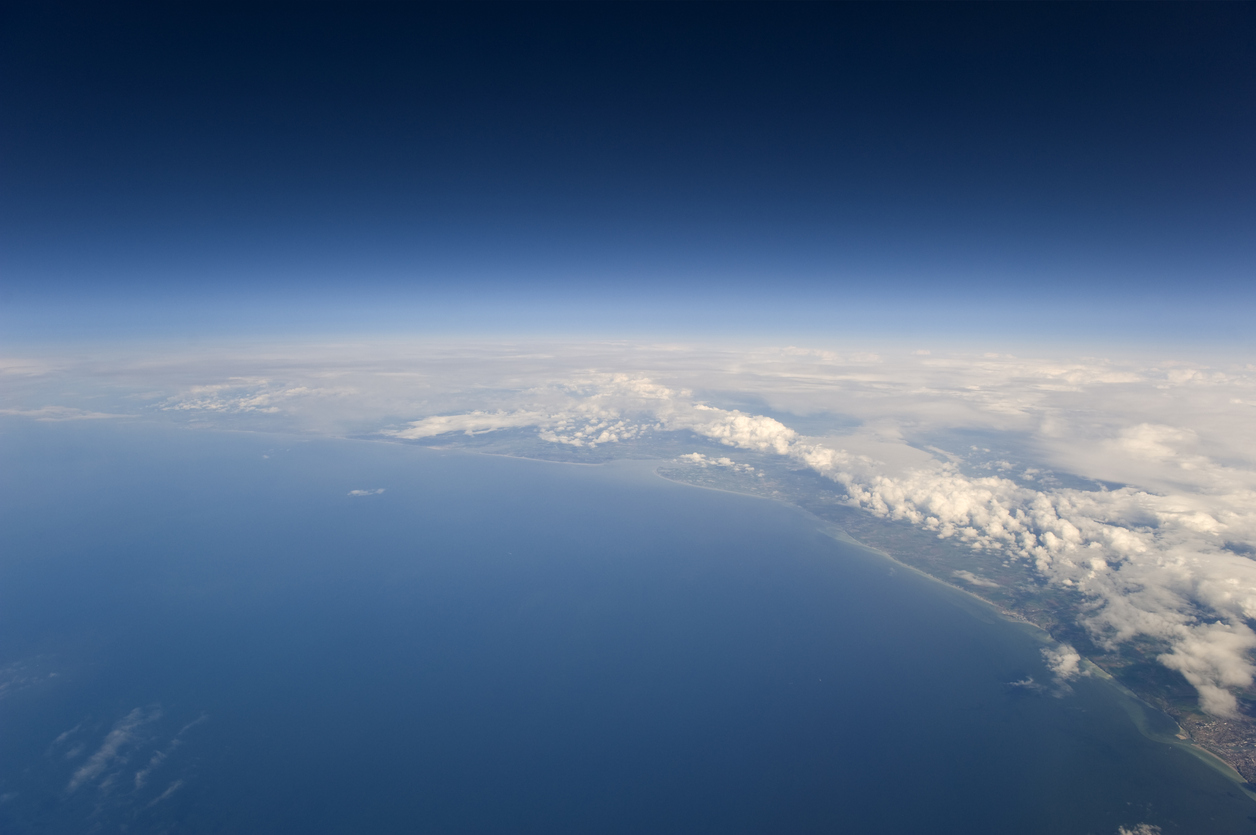 In the aftermath of Hurricanes Harvey and Irma (the latter of which declared war on this website’s founding editor) there’s been a ramp-up in conversation about global warming.

Predictably, global warming backers are making the case that these two storms – like every other meteorological event, measurement or observation ever – are proof of their theory.

Not all global warming backers are buying the argument, though …

Take Judith Curry, a former professor at Georgia Tech.  Curry believes in global warming.  And that greenhouse gases cause it.  She’s just not convinced – yet – that global warming is responsible for the emergence of these two super-powerful storms.

“It is premature to conclude that human activities – and particularly greenhouse gas emissions that cause global warming – have already had a detectable impact on Atlantic hurricane or global tropical cyclone activity,” Curry wrote.

Instead Curry argued that weak wind shear – which is typical in La Niña periods – is what fueled Irma’s remarkable strength.

As we’ve noted on several prior occasions (including our preview of the 2017 hurricane season), El Niño is the periodic warming of the central and eastern equatorial regions of the Pacific Ocean – while La Niña refers to the cooling of the Pacific that takes place in its aftermath.  During El Niño years, hurricanes are less likely to form in the Atlantic due to increased wind shear.

Also, we don’t want to “trigger” progressive rage here but this chart – based on data from the National Hurricane Center (NHC) – is instructive as to the long-term trends associated with this debate. 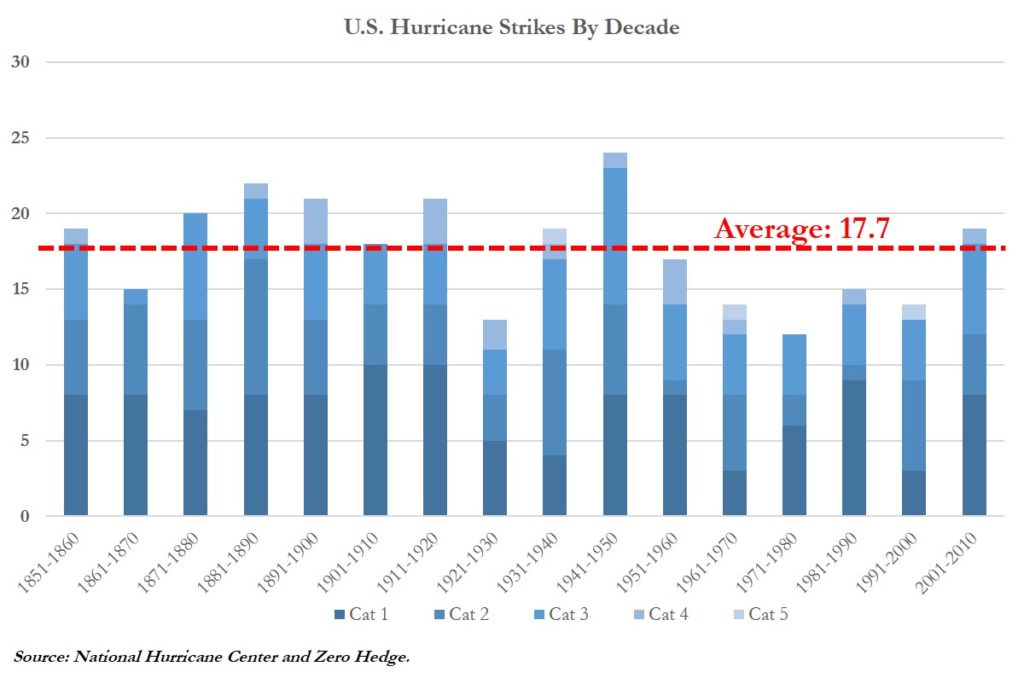 “If hurricane frequency can suddenly be linked directly to climate change in 2017, shouldn’t it have produced similarly alarming hurricanes in the 80’s, 90’s and 2000’s?” the authors of Zero Hedge wrote.  “If we’re not mistaken, CO2 output has pretty much consistently risen since man first started building fires.”

Unfortunately, rabid backers of climate change don’t want to hear any of these arguments – whether from global warming supporters like Curry or climate change skeptics like us.  In fact, they believe we should be in jail.

“Climate Change Denial Should Be A Crime” screams the headline of a recent article in The Outline.

According to the article’s author, Brian Merchant, “science denial” should be treated as “gross negligence,” and those who engage in it “should be held accountable.”

Specifically, Merchant believes government should respond to natural disasters like Harvey and Irma by “identifying and investigating the negligent officials who put the public in harm’s way by repeatedly ignoring crucial data and scientific evidence that can help prevent disaster.”

Apparently the current progressive response to global warming isn’t good enough for him.

“We refuse to strike back with adequate force at the toxic climate denial that corrupts our public policies,” he wrote.

As our founding editor noted earlier this week after a tree from Hurricane Irma fell literally fifteen feet from where he was working, this website is “eager to be convinced” but unwilling “to be indoctrinated.”

“(I’m) always ready to do my part to advance the Biblical notion of stewardship, but unwilling to empower globalist governments eager to undertake a radical redistribution of wealth in the name of fuzzy science,” he wrote.

In other words, convince us.  And don’t start by arguing that anyone who disagrees with global warming should be in jail.

Whether the earth is warming or cooling, the bottom line is we all have an obligation to treat it right.  Natural resources should be recycled and reused whenever possible, and alternative forms of energy creation should be explored.  And we will continue to support a limited role for government in protecting these natural resources (although we adamantly oppose the taxpayer subsidization of certain sectors of the “energy economy” at the taxpayers’ expense – the folly of which has been laid bare in our particular neck of the woods).

The best part of our belief system?  Unlike the climate Nazis, we won’t seek to have you thrown in the slammer if you disagree with us …

Another Terror Attack In London