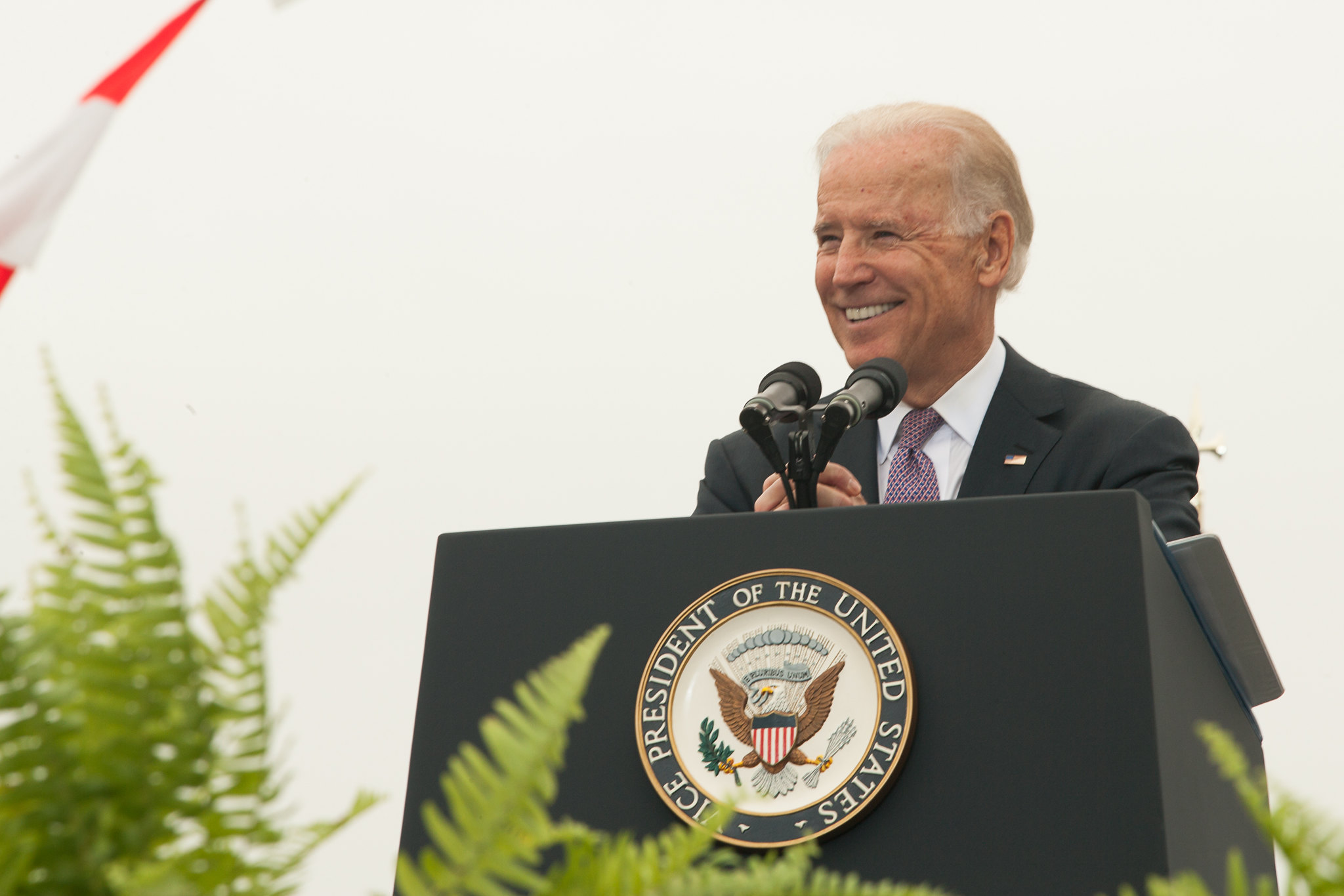 Former U.S. vice president Joe Biden continues to lead all comers in the 2020 “First in the South” Democratic presidential primary – or so says one of the only outfits that is currently releasing polling data in this pivotal early state showdown.

Actually, the lead of this notoriously creep-tastic candidate has expanded significantly … and not just in South Carolina.

According to the third survey from California-based Change Research, Biden is drawing the support of an impressive 46 percent of likely South Carolina Democratic primary voters – up 14 percent from a survey the firm released last month.

Who is close to Biden? No one …

Socialist U.S. senator Bernie Sanders of Vermont was backed by 15 percent of likely Democratic voters, up 1 percent from last month, while U.S. senator Kamala Harris of California was supported by 10 percent of respondents, unchanged from April.

Biden, Sanders and Harris have ranked 1-2-3 in each of the first three Change research polls in South Carolina. Biden also enjoys sizable leads in early-voting Iowa and New Hampshire, according to multiple recent polls.

Buttigieg continues to outperform expectations, however his ascent seems to have leveled off over the last few weeks.

Thus ends the “top tier.” Falling out of this coveted upper echelon? U.S. senator Cory Booker of New Jersey. After polling at 10 percent and 9 percent in the first two surveys, Booker received the backing of only 4 percent of respondents in the latest poll.

Meanwhile, former U.S. congressman Beto O’Rourke fell almost completely off of the map in this survey, dropping from 9 percent to 2 percent – a disturbing 7 percent drop (for a disturbing candidate).

ORourke is tanking all over the country, in fact.

Former Georgia gubernatorial candidate Stacey Abrams – who has yet to say whether she is running for president – also saw her support collapse from 7 percent to 1 percent.

According to reporter Andy Shain of The (Charleston, S.C.) Post and Courier, Change Research surveyed 595 likely S.C. Democratic primary voters online between May 6-9, 2019. The poll has a margin of error of plus or minus 4 percent.

Are its results accurate? Good question. Right now they are being reported on in what amounts to a vacuum, so … perception is reality. We won’t get a real sense as to the accuracy of this survey (and others) until we get much closer to the primary next February.

One other survey has been released within the last few days – a poll from Firehouse Strategies/ Optimus. According to that data, Biden was backed by 48.3 percent of likely Palmetto State Democratic primary voters while Sanders drew 11.9 percent support. Buttigieg was in third place in the poll, receiving the support of 5.2 percent of respondents while Warren came in fourth at 4.5 percent.

Harris only drew 4.3 percent support in the Firehouse poll, putting her in fifth place.

Our view? While it remains early, Biden appears to be benefiting from a quartet of factors: Name identification, the perception that he is an ideological “moderate,” strong black support (owing to his two terms as vice president under Barack Obama) and the belief he is the Democrat most likely to defeat U.S. president Donald Trump next November.

The 76-year-old Delaware politician also appears to be suffering no ill effects from the “inappropriate touching” scandal that dogged his presidential pre-announcement earlier this spring.

Can Biden keep it going? And if he manages to win the nomination, can he beat Trump? We shall see. Given the extent to which Democrats are divided in this election cycle – and given the premium the party’s increasingly rabid base places on identity politics – we are not sure yet whether we buy into the belief Biden is “electable.”

Then There Were 23: Bill de Blasio Joins Democratic Presidential Field