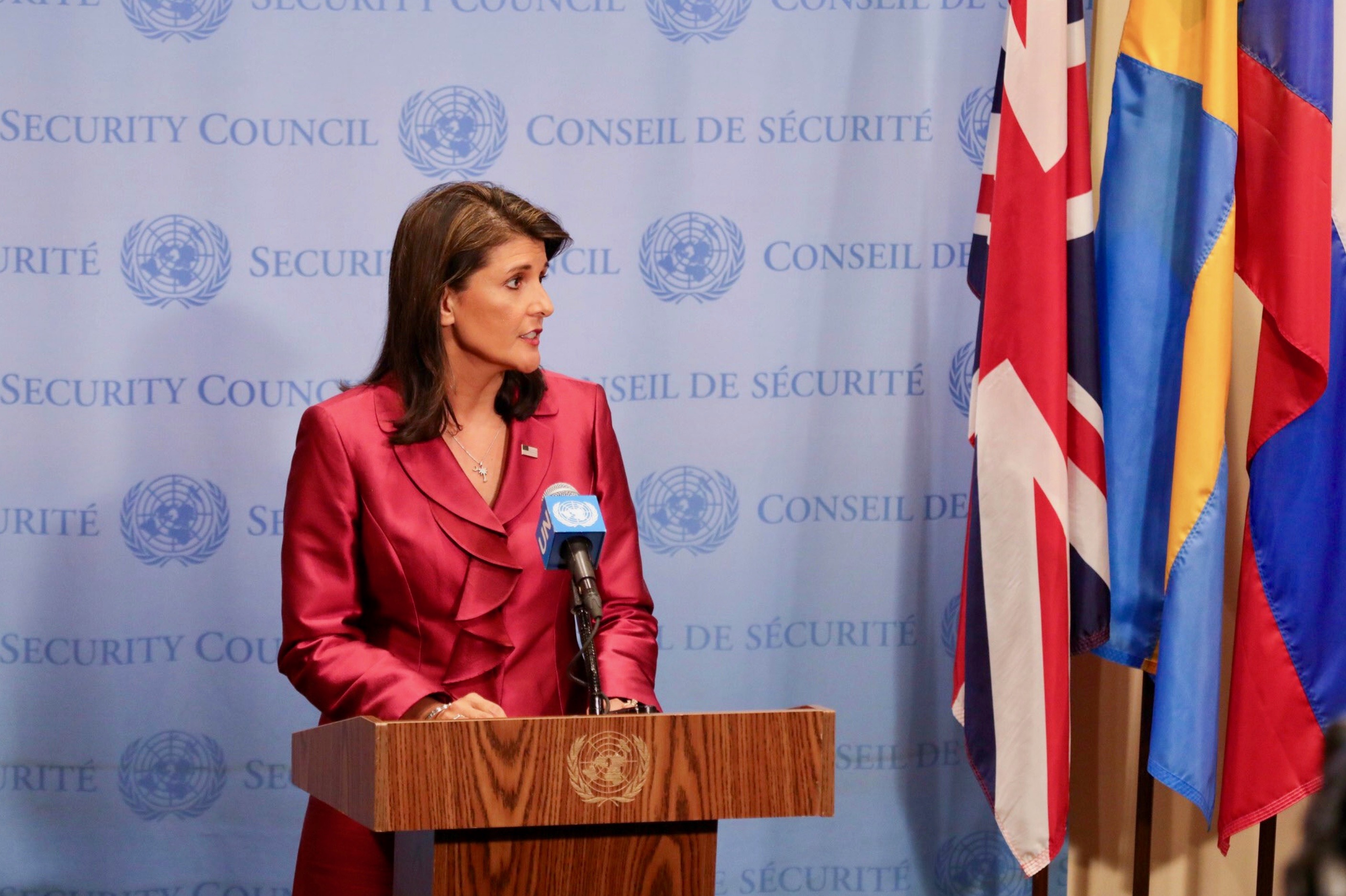 A Washington, D.C. ethics group wants an investigation into whether United States ambassador to the United Nations (UN) Nikki Haley complied with the law when she accepted “seven free flights for herself and her husband on luxury private aircraft from three South Carolina businessmen.”

The group – Citizens for Responsibility and Ethics in Washington (CREW) – estimated the flights were “worth tens of thousands of dollars to Ambassador Haley.”

In calling for a U.S. State Department investigation, CREW argues that Haley and other appointees of U.S. president Donald Trump have failed to follow “executive branch regulations restricting gifts from sources outside the government.”

Haley in particular “should have been conscious of the appearance concerns surrounding her acceptance of gifts of private luxury air travel at a time when her colleagues in the administration were making news with their own lavish air travel,” the complaint from the group noted.

Trump has already lost one of his cabinet members – former Health and Human Services (HHS) secretary Tom Price – to a scandal involving improper use of private jets and military aircraft.  Several other Trump appointees have also been criticized for their travel practices.

“By accepting gifts of luxury private flights, Ambassador Haley seems to be falling in line with other Trump administration officials who are reaping personal benefits from their public positions,” CREW executive director Noah Bookbinder said in a statement. “Our ethics laws are clearly written to prevent even the appearance of corruption and improper influence. We’re calling on the State Department’s inspector general to further investigate the nature of these gifts, determine whether they are in line with ethics rules, and ensure that employees like Ambassador Haley are fully trained on the application and importance of ethical standards.”

No one is alleging any of these businessmen did anything wrong, however CREW argued in its complaint that “the professional and political nature of their relationships with Ambassador Haley may not support a finding that the gifts were clearly offered solely based on personal relationships.”

Which would mean Haley may have run afoul of ethics rules.

Here is the CREW complaint …

This isn’t the first time Haley has come under fire from this particular organization.  Last October, CREW scored a modest hit on her when the U.S. Office of Special Counsel (OSC) concluded that she violated the Hatch Act.

As much as this news site has sparred with Haley in the past, we viewed that particular violation – which involved her retweeting Trump’s endorsement of a political candidate in her home state – as a “nontroversy.”

“Haley retweeted something from her personal (i.e. non-governmental) account which she later deleted – something which appears to have had little to no impact (on the outcome of the election),” we noted at the time. “Is this really worthy of a federal case?  We appreciate groups like CREW that seek to hold elected officials accountable for their behavior.  And based on her past, Haley would seem to be a worthy recipient of scrutiny.  But this?  This seems like a total waste of time to us.”

This is the second time in as many months Haley has found herself under fire on ethics issues, although it can be argued she successfully beat back her critics during #CurtainGate – a “scandal” we believe was leaked to the press by her enemies within the Trump administration.

As we have said before, we believe Haley is a totally unethical politician.  She was not what she claimed to be as governor of South Carolina, and we believe she has been inaccurate, inconsistent and nakedly opportunistic in her role at the UN.

Those are the lapses we will focus on as we continue to cover Haley moving forward, not these comparatively insignificant allegations …