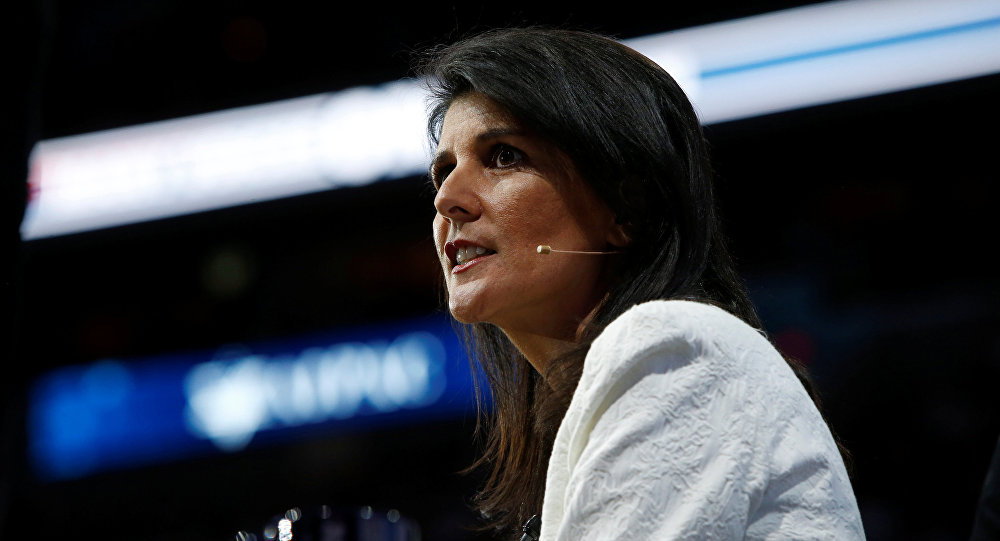 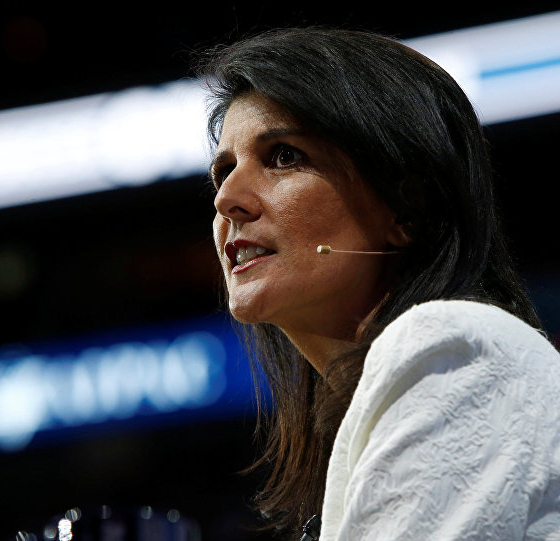 Blowback from within the administration?

United States ambassador to the United Nations (UN) Nikki Haley is catching heat this week after the U.S. Department of State spent more than $50,000 on curtains for her official residence in New York City.

Specifically, the agency spent $52,701 on “customized and mechanized curtains for the picture windows” in Haley’s residence – a 6,000-square foot luxury Manhattan penthouse that lists for $58,000 a month.

The $56 million five-bedroom residence – which replaces the old ambassador’s suite in the Waldorf Astoria hotel in New York – features a private pool and its own elevator.

Not bad for a girl from Bamberg, South Carolina huh?

The curtains story – broken by The New York Times – comes as Haley fends off speculation that she is the author of an anonymous opinion-editorial the paper ran slamming U.S. president Donald Trump, who appointed her to this post back in late 2016.  Haley – a former leader of the #NeverTrump movement – has denied penning the piece, ostensibly written by a “senior administration official.”

Her response has been panned as self-serving by many Washington, D.C. observers, though.

Anyway, according to the Times story – filed by reporter Gardiner Harris – the $52,701 curtains were ordered and installed during a hiring freeze at the state department.  And at a time when funding was being cut to the U.S. mission to the UN.

Still, the agency defended the purchase …

“All she’s got is a part-time maid, and the ability to open and close the curtains quickly is important,” one former state department official told the Times. 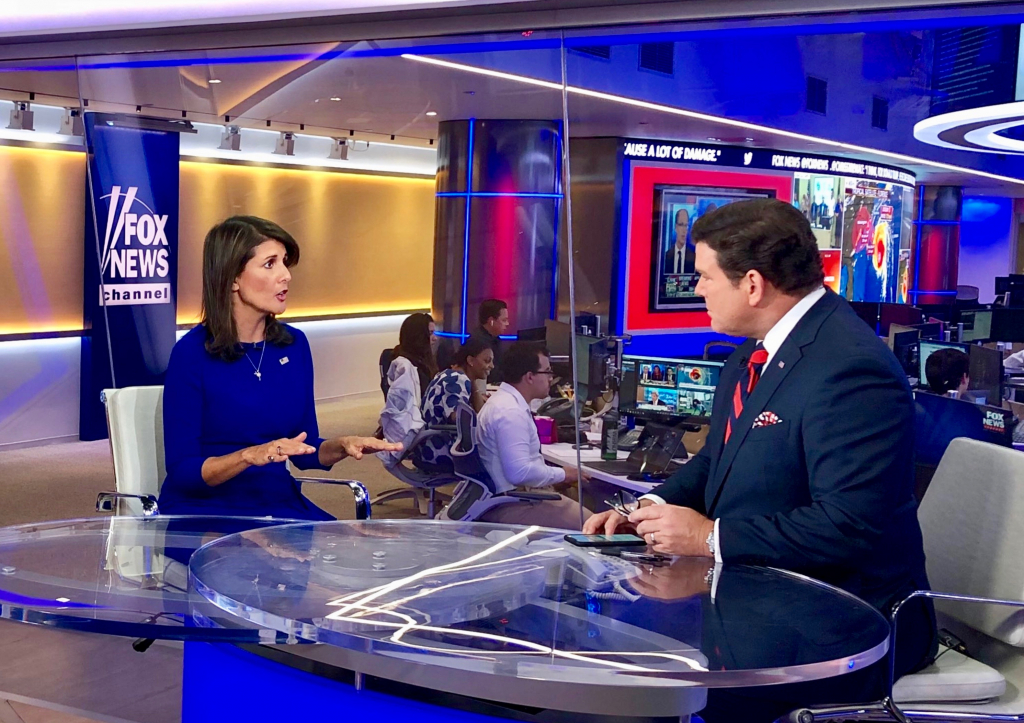 Haley’s office told the paper the curtains were ordered during the administration of Barack Obama and that the ambassador had “no say” in their purchase.  That was sufficient to rally conservative media outlets to her defense.

One author – Kyle Becker of The Daily Caller – referred to the “Haley hit job” as a “modern art masterpiece of grotesque storytelling.”

The outlet’s associate editor Virginia Kruta also penned a column defending the former South Carolina governor – who received her appointment as a sop to the politician who replaced her in the Palmetto State, Trump loyalist Henry McMaster.

The blowback prompted the Times to amend its original headline late Friday, which it belatedly acknowledged “created an unfair impression about who was responsible for the purchase in question.”

“The article should not have focused on Ms. Haley, nor should a picture of her have been used,” the paper’s mea culpa continued. “The article and headline have now been edited to reflect those concerns, and the picture has been removed.”

Not everyone was sold on the explanation, though.

Speaking of Trump, we are told Haley’s #CurtainGate was the first salvo against her from within the White House – which is eager to knock her down a peg (or three) following the dust-up over the anonymous oped.

As we noted earlier this month, Haley has been sidelined by Trump since sparring with him over Russian sanctions earlier this year.  In fact, many have speculated she has been trying to get fired in the months since Trump put her on a short leash (again).

Has her on-again, off-again relationship with the president dampened her national luster?  Not really …

Haley remains a viable national figure due to any number of factors, most notably her allegiance to the neoconservative movement – which is based on the notion of perpetual military engagement around the globe.