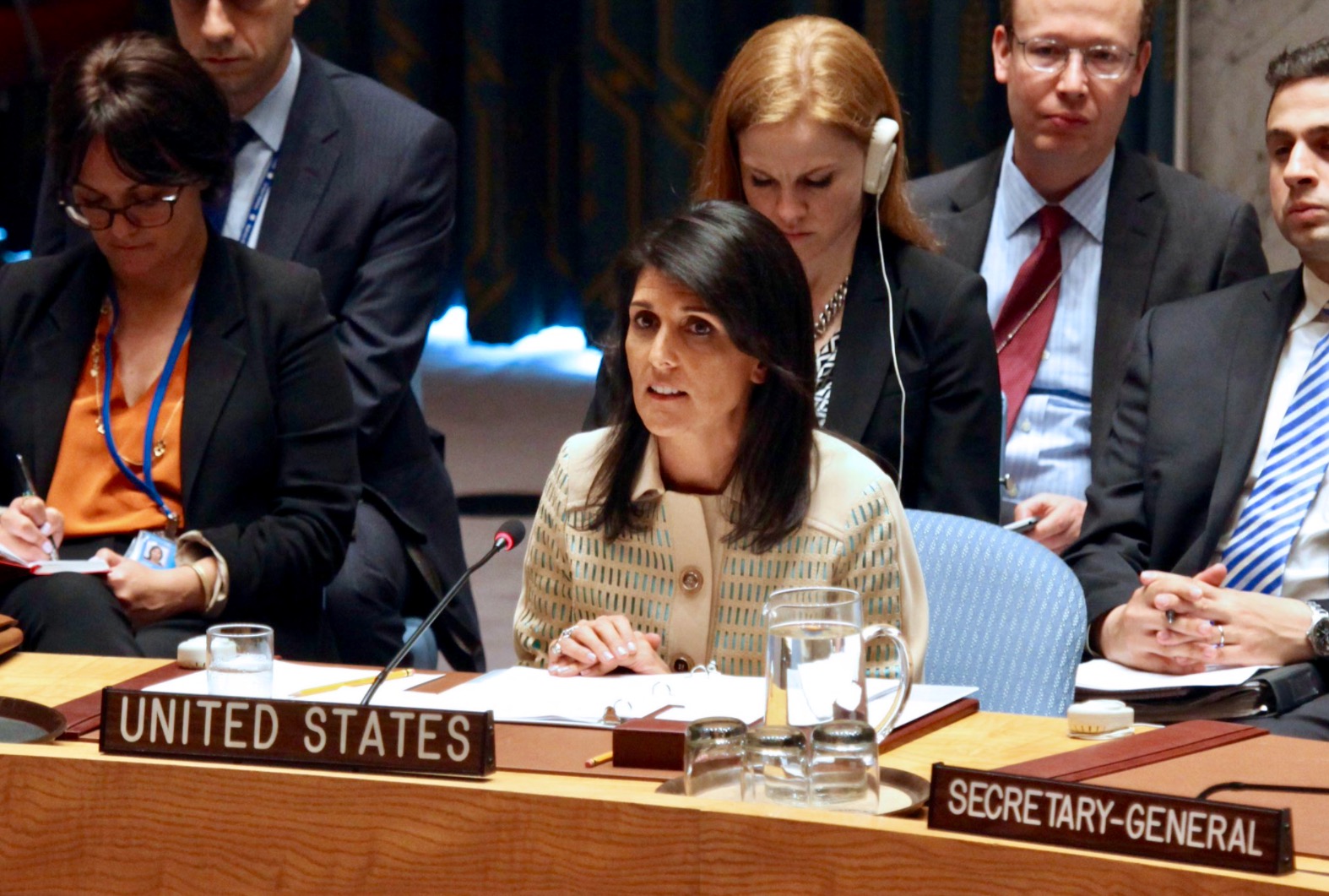 United States ambassador to the United Nations (UN) Nikki Haley broke the law when she retweeted a presidential endorsement of a candidate for the Palmetto State’s fifth congressional district earlier this year, a government watchdog agency has concluded.

According to the Office of Special Counsel (OSC), Haley’s retweet on behalf of congressman Ralph Norman constituted a violation of the the Hatch Act – which prohibits employees of the executive branch of government from using their “official authority or influence for the purpose of interfering with or affecting the result of an election.”

The OSC warned Haley that any future engagement in prohibited political activity would be considered “a willful and knowing violation of the law, which could result in further action” against her.

Haley’s retweet of Norman’s endorsement by U.S. president Donald Trump upset Citizens for Responsibility and Ethics in Washington (CREW), a group which called for a federal probe of her action.

Not only did they get their investigation … they got the outcome they were looking for.

“This is already the third time this year that a senior Trump official has been reprimanded for misusing their official position following a CREW complaint,” the group’s executive director Noah Bookbinder said. “Ambassador Haley should have known better.”

Sure she should have … but is this really a big deal?

No, not really … in fact despite our contempt for the former South Carolina governor, we referred to the scandal surrounding Haley’s tweet as a “nontroversy.”

“Haley retweeted something from her personal (i.e. non-governmental) account which she later deleted – something which appears to have had little to no impact,” we noted at the time. “Is this really worthy of a federal case?  We appreciate groups like CREW that seek to hold elected officials accountable for their behavior.  And based on her past, Haley would seem to be a worthy recipient of scrutiny.  But this?  This seems like a total waste of time to us.”

This news site obviously has all sorts of history with Haley – whom we believe to be a totally unethical politician.  Haley was also a disaster as governor of South Carolina, and was well on her way to becoming a disaster as UN ambassador (until she was fitted for a choke collar).

But please … let’s focus on the real corruption,  okay?