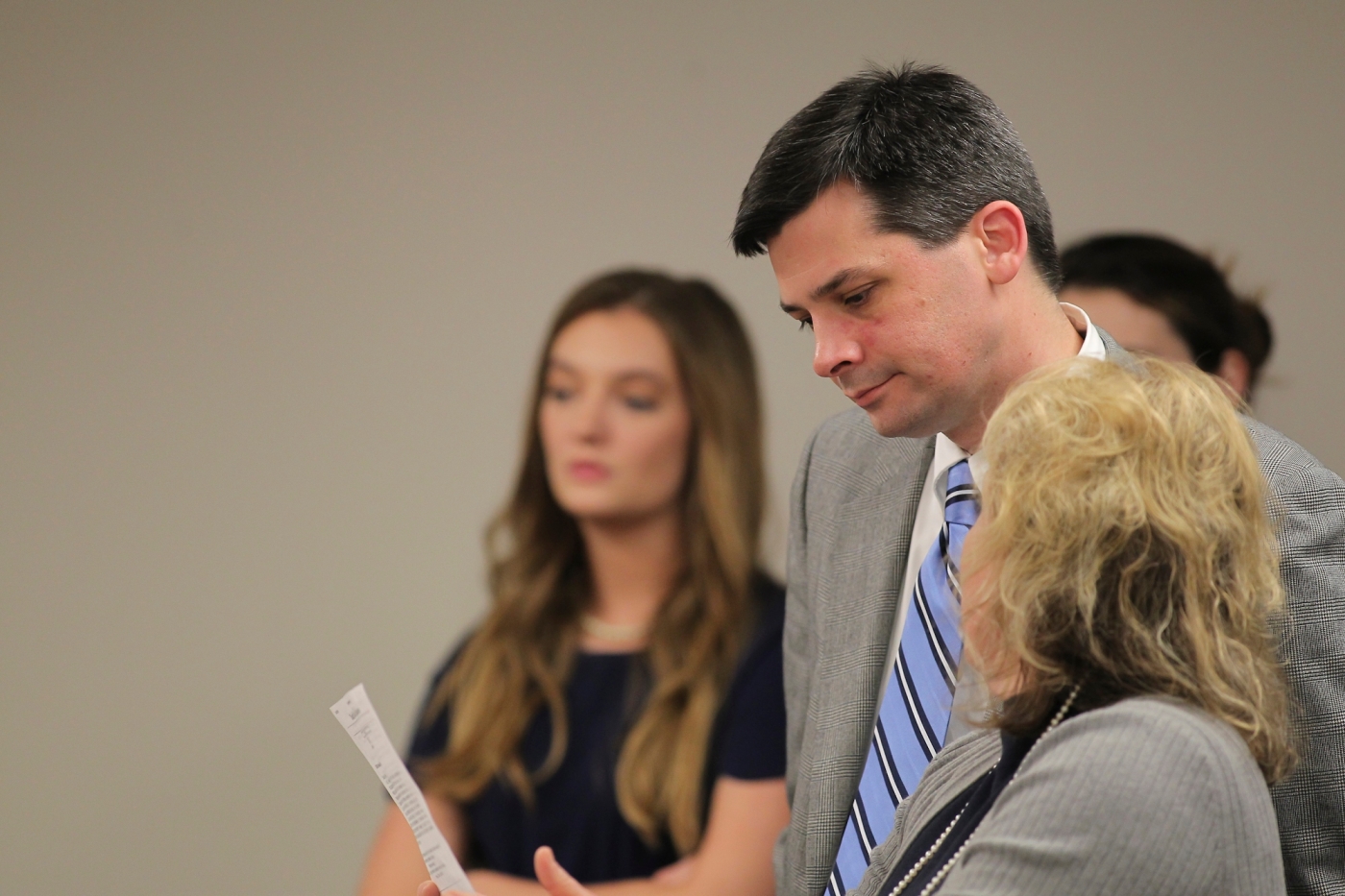 Later this year, the SCPSC will issue several key rulings related to this ongoing $10 billion debacle – decisions the commission is supposed to be making independent of the sort of legislative meddling that landed the Palmetto State into this mess in the first place.

Is that what is happening though?  No …

Eager to absolve themselves of culpability, members of the S.C. General Assembly have inserted themselves into this process from the very beginning … the only question is whether some members have crossed certain statutory lines in doing so.

Our post (which you can read here) detailed the various legal limitations placed on such backchannel “chatter.”  It also briefly recapped some of the alleged interactions rumored to have run afoul of those statutory limits.  In the aftermath of our coverage, one name has continued to be on the tip of wagging tongues at the S.C. State House: Senate majority leader Shane Massey.

More than any other lawmaker, Massey has driven the debate on this issue … for better or worse.  Back in June, he single-handedly scuttled a compromise proposal aimed at extricating the state from #NukeGate without the specter of a costly, protracted (and potentially un-winnable) legal battle.

And last month, Massey squarely inserted himself into ongoing corporate intrigue at SCANA – one of the two utilities whose legislatively sanctioned mismanagement of the V.C. Summer nuclear generating station expansion project precipitated the #NukeGate detonation.  Specifically, Massey indicted his preference that SCANA get rid of its newly named CEO and replace him with one more in alignment with his own political views.

At every stage of the debate, Massey has been all over the media … particularly stories written by reporter Avery Wilks of The (Columbia, S.C.) State newspaper.

To be clear: We have no real beef with Massey’s position on this issue.  Not only is he entitled to it, he is entitled to shout it from the rooftops.  In fact, we have extended him (and his caucus) the opportunity to publish their views on this news site whenever they wish – on this or any other subject.

Such is our commitment to the marketplace of ideas.

Furthermore we believe the proposal Massey is championing – or at least the idealized version of it – is not entirely without merit.

Honestly, if we could trust lawmakers and their political appointees to follow through on their promises of locking in lower utility rates in perpetuity, we probably would have endorsed something similar to what Massey has been advocating as the best possible outcome for ratepayers victimized by #NukeGate.

Unfortunately, we cannot trust them … as a decade of artificially high energy bills with absolutely nothing to show for it capably demonstrates.

Oh, and as their latest “relief” demonstrates.

I went from having my lowest ? light bill last month to my highest. ?

Moreover, Massey’s surprising decision to insert himself in the corporate governance drama at SCANA has caused us to seriously question his motivations.

Whatever is driving Massey to action, though, he still has to play by the rules.  Is he?

According to our sources, several communications from the Aiken, S.C. Republican – including private emails and messages, comments allegedly made in person and during phone conversations, as well as public comments and posts on social media – have been submitted to at least one of the law enforcement agencies investigating #NukeGate. 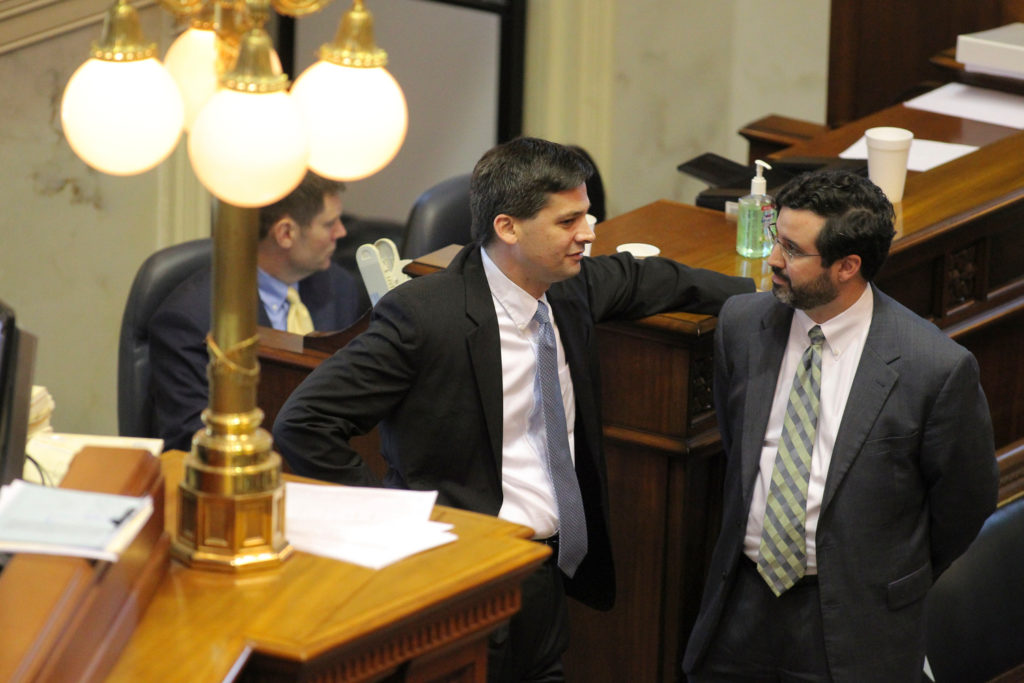 Massey (above) is not the only legislator whose correspondence is being reviewed, we are told.

Who received these files?  Good question …

As we reported last fall, both federal and state law enforcement assets are involved in an ongoing investigation that seeks to determine whether any criminal charges will result from SCANA and government-run Santee Cooper’s failure to build a pair of next generation nuclear reactors at the V.C. Summer facility in Jenkinsville, S.C.

The state-federal investigation has been underway since (at least) last September … and is making significant progress.  And as we noted this spring, it certainly appears as though Santee Cooper is in some serious trouble with the feds.

Is there any way Massey and other lawmakers could find themselves mixed up in all of this?  It is possible, however we believe non-criminal allegations of improper legislative ex parte communication with the SCPSC would fall exclusively under the purview of the S.C. State Ethics Commission (SCSEC).

In fact, enforcement of all the statutes prohibiting such communication appear to be exclusively under the auspices of the SCSEC.

Longtime readers of this news outlet will recall that allegations involving lawmakers are invariably routed to one of two self-policing legislative ethics committees – which have a history of whitewashing violations.

“Can (the SCSEC) have any say on senators?” one of Massey’s allies noted to us.  “Not sure.”

Also, anyone (outside of law enforcement) looking to dig into communications from Massey – or any other lawmaker – is going to run head first into a brick wall.  That’s because legislative communications are exempt from disclosure under the state’s Freedom of Information Act (FOIA) laws – a glaring loophole this news outlet has consistently argued should be closed.

Fitting for such an opaque process, isn’t it?

As we noted in our original story, we support any and all investigations into alleged legislative interference on this issue.

“We cannot allow lawmakers to go behind the backs of the public and rig a decision in this case,” we wrote, adding that “the process before the SCPSC must be transparent, fair and free from improper legislative meddling.”

Because as we have said from the beginning of this process, trusting the “leaders” who got South Carolina into this mess with negotiating an “exit strategy” is definitional insanity … not to mention invitation for additional ratepayer pain.