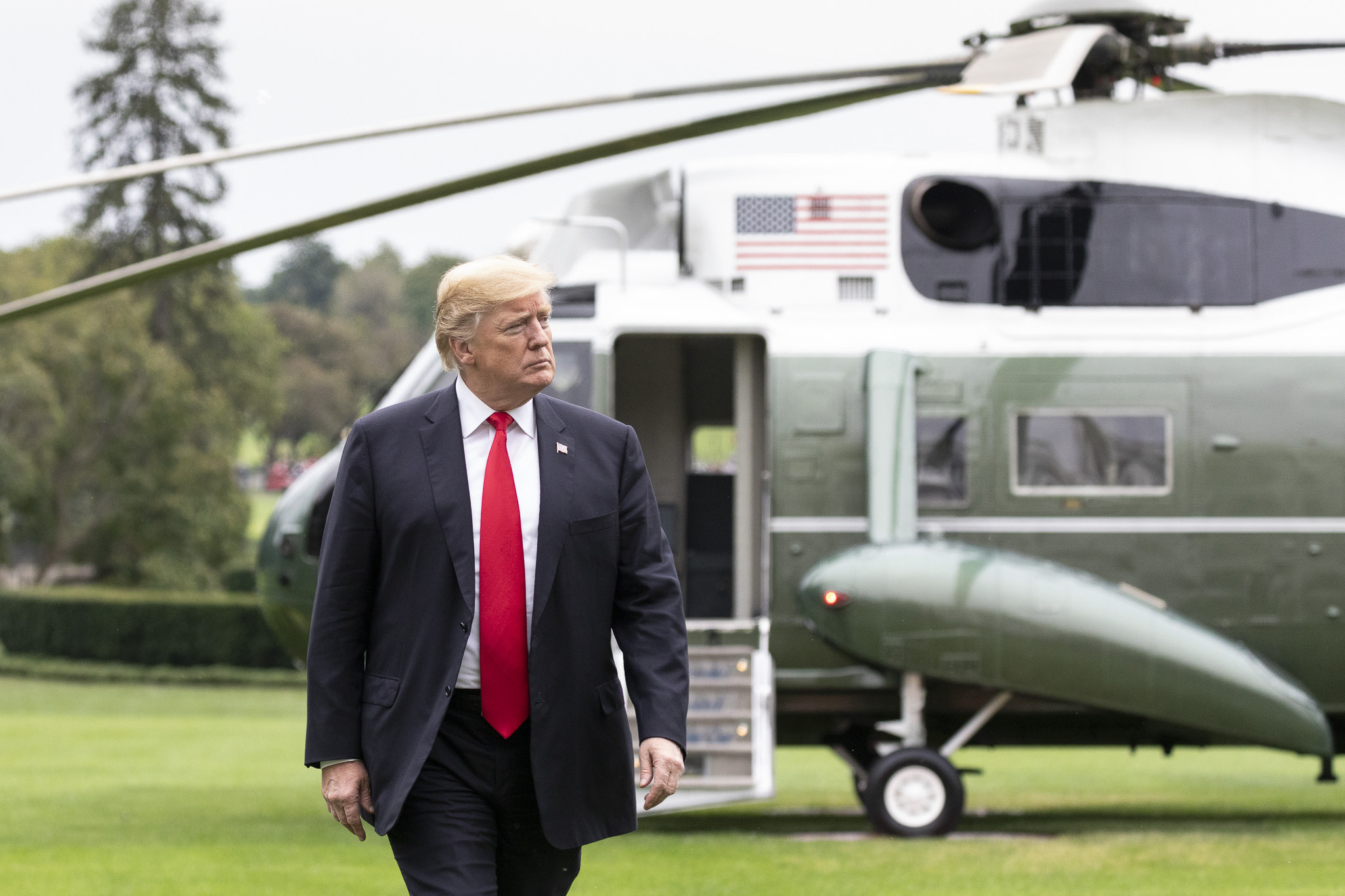 by ROBERT ROMANO ||  They said it couldn’t be done.

Once again, President Donald Trump is racing circles around his critics and showing that his tariff policy and the threat of leaving NAFTA altogether were most effective inducements to trade concessions, having resulted in the new U.S.-Mexico-Canada Agreement, or the USMCA.

The options for Canada and Mexico were to either give the United States the concessions it was demanding or else the U.S. would leave NAFTA. That the old deal resulted in outsourcing is unquestioned.  Since 1994, when NAFTA went into effect, the U.S. has had $1.033 trillion of goods trade deficits with Mexico and $923.4 billion with Canada, which is directly subtracted from the Gross Domestic Product.

Its benefits were economically questionable, but politically it was unsustainable.  Millions of lost manufacturing jobs later, and it created the political conditions necessary for Trump to win the Electoral College in 2016 including the Rust Belt states of Pennsylvania, Ohio, Michigan and Wisconsin. Trump transformed the electoral landscape of the U.S. on this issue, and then after he won, as President he threatened to leave the agreement if changes were not made.

When push came to shove, all three sides were able to hammer out an accord that on first blush appears to be a very good deal for the American people.

It covers a wide range of areas with major concessions by U.S. trading partners including on enforceability, automobiles, agriculture, intellectual property, manufacturing, currency and labor, all of which put America first.

Country of origin requirements are being increased to 75 percent, up from 62.5 percent, ensuring that automobiles made in the U.S., Canada and Mexico will have at least three-quarters of their parts made in North America.

Mexico agreed to recognize the right of collective bargaining and all parties agreed that “40-45 percent of auto content be made by workers earning at least $16 per hour,” according to the U.S. trade representative.  Think of how significant that is.  In 2016, average pay in Mexico for manufacturing was $3.91 an hour. In 2017, the Associated Press ran a report on $2-an-hour Mexican workers making $40,000 sport-utility vehicles.

On agriculture, Canada made major concessions, allowing greater market access for U.S. dairy products, which had been a major sticking point.

On currency, the USMCA does something not heretofore seen in trade agreements, which is make provisions on currency enforceable in trade disputes. According to the U.S. Trade Representative, the agreement “address[es] unfair currency practices by requiring high-standard commitments to refrain from competitive devaluations and targeting exchange rates, while significantly increasing transparency and providing mechanisms for accountability.”

Since 2008, the Mexican peso has depreciated against the U.S. dollar by fifty percent, from $0.10 per $1 USD to $0.05 per $1 USD.  Now those industries harmed by this practice will have an avenue for redress when it comes to trade disputes.

On intellectual property, cross-border copyrights, trademarks and patents will be enforceable to cut back on knock-offs, plus additional protections for pharmaceutical and agricultural producers.

Also, American financial services will be allowed to compete with local financial services in Canada and Mexico, getting most-favored nation treatment.  Also, there will be no forced data localization “in circumstances where a financial regulator has the access to data that it needs to fulfill its regulatory and supervisory mandate.”

On textiles, the agreement will “promote greater use of Made-in-the-USA fibers, yarns, and fabrics by: limiting rules that allow for some use of non-NAFTA inputs in textile and apparel trade… (and by) requiring that sewing thread, pocketing fabric, narrow elastic bands, and coated fabric, when incorporated in most apparel and other finished products, be made in the region for those finished products to qualify for trade benefits,” according to the U.S. trade representative.

It goes on, but you get the point.  There’s a lot in here to like both from the business point of view and even the labor point of view, a key Trump constituency from 2016 that helped him key Rust Belt states like Ohio, Pennsylvania, Michigan and Wisconsin. Trump’s trade message united both conservative and union households on a platform of putting America first.

The USMCA drew praise from the left and the right.

“This important and welcome announcement that the United States, Mexico, and Canada have reached a trilateral agreement to update and modernize NAFTA for the 21st century can be a big win for America’s workers, farmers, and ranchers,” said House Ways and Means Committee Chair Kevin Brady (R-Texas).

The National Association of Manufacturers declared, “Manufacturers are extremely encouraged that our call for a trilateral agreement between the United States, Canada and Mexico has been answered.”

The U.S. Chamber of Commerce said, “We welcome the announcement that negotiators have reached a deal to modernize NAFTA.”

AFL-CIO President Richard Trumka was more circumspect, stating, “The text we have reviewed, even before the confirmation that Canada will remain part of NAFTA, affirms that too many details still need to be worked out before working people make a final judgment on a deal.”

Trumka added, “Our history of witnessing unfair trade deals destroy the lives of working families demands the highest level of scrutiny before receiving our endorsement.”

But that distance may be bridgeable. U.S. Rep. Rosa DeLauro (D-Conn.) offered praise to U.S. trade representative Robert Lighthizer, saying, “I appreciate United States Trade Representative Lighthizer’s sustained efforts to address some of these concerns throughout this renegotiation,” with an eye to reducing outsourcing incentives.

But, she wants to read it first: “we must reserve final judgement until we have a full and clear understanding of all the details – including implementing language that requires significant input from Congress.”

Which is all fair game.  Americans for Limited Government President Rick Manning too offered praise, saying “the USMCA looks like a better deal” but with the caveat that “the devil is always in the details, which deserve full scrutiny during the Congressional approval process.”

The reactions, however, illustrate Trump’s accomplishment, potentially bringing on board both the business and labor communities. Politically, this could ultimately put Democrats in a very tight spot, particularly if blue collar voters who pulled the lever for Trump in 2016 like what they’re hearing from this new deal. The labor concessions alone from Mexico could make it difficult for organized labor to mount fierce opposition, but we’ll see.

It’s no longer a question of whether the Trump trade agenda is good for America. The question is whether Democrats can get off their #Resistance mantra and actually support something they say they support.

President Trump promised when he ran in 2016 that he would get better trade deals for the American people.  Now, with the USMCA and the new U.S.-South Korean trade deals finalized, and with more agreements in principle with Japan and Europe already affected, Trump is making good on his word.

Trump chided his critics in a Rose Garden speech on October 1, noting the success of the U.S.-Japan trade deal now in the works, saying, “Without tariffs, we wouldn’t be talking about a deal. Just for those babies out there that keep talking about tariffs. That includes Congress…”

Trump’s art of the deal – more fair and reciprocal agreements – is working. It turns out that using tariffs strategically and threatening to leave trade deals like NAFTA gave the U.S. exactly what Trump promised we would have if he were elected: Leverage.  The only people not surprised are the President’s supporters.