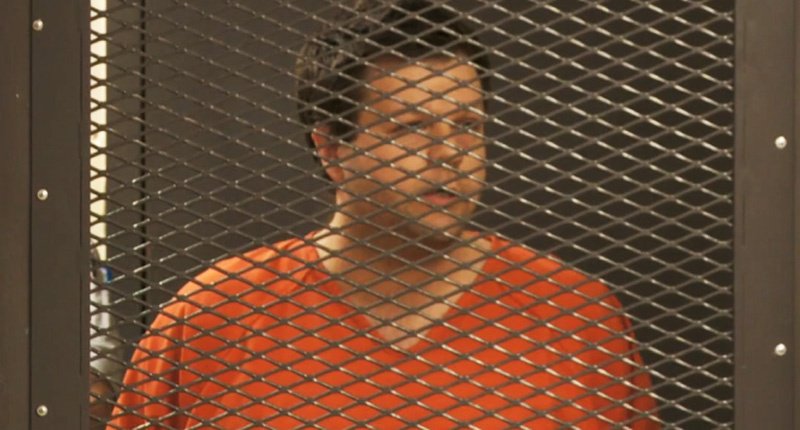 This news site is no stranger to the litigious threats of former SCGOP executive director Todd Kincannon – whose unspooling has been the subject of considerable discussion after he allegedly stabbed his mother’s dog to death (and claimed to be the second coming of Jesus Christ) during an incident inside his parents’ home in Simpsonville, S.C. in late July.

The 37-year-old, self-styled “Honey Badger of American Politics” – who lives with his parents – actually sued this news site last year in the hopes of compelling us to rat out a source (something we don’t do).

“I would let you out of the lawsuit in exchange for you telling me who it was who told you I was about to be indicted for felony kidnapping when no such thing was going on,” Kincannon wrote in an email to our founding editor Will Folks in February of 2017.

Folks refused to divulge his source, and two months later Kincannon was indicted on felony kidnapping charges – just as our (still) anonymous source said he would be.

Not surprisingly, Kincannon’s case against this news site was dismissed in March of this year.

Anyway … the increasingly erratic social media provocateur (who amassed a small cult following on Twitter and Gab via his rabid ultra-right-wing musings) routinely threatens legal action against his “enemies.”  And even though his law license has been suspended by the S.C. Supreme Court, Kincannon is still allowed to represent himself in court … much to the chagrin of those who find themselves on the receiving end of his frivolous complaints.

“People don’t like anyone talking about him,” one of our Upstate law enforcement sources told us last week.

Good Lord … when did police in the Palmetto State decide to anoint this moron as Keyser Söze?

Kincannon’s hyper-litigiousness scares a lot of people … but not us.

We have never cowered to his threats, and we will continue to provide commentary regarding his ongoing criminal case – and any charges that may follow from the recent dog-killing saga – based on reliable information obtained from our network of sources.

Also … in event Kincannon is ever sufficiently compos mentis to respond to the various allegations against him, we will be happy to extend our microphone to him.  Unfiltered.

Because we are committed to the marketplace of ideas …

Unfortunately, as we mull the latest chapter of this bizarre saga it pains us to inform our readers that none of our sources seem to know where Kincannon is right now.

Or if they do know where he is, they aren’t saying …

As we exclusively reported a week ago, Kincannon’s custody situation is confusing.

Days after South Carolina attorney general Alan Wilson informed officers of the Simpsonville, S.C. police department that his office would be requesting “no bond” in Kincannon’s animal cruelty case, the politico was released from an Upstate hospital … to his parents.

It gets worse: For several hours after being discharged from Greenville Memorial Hospital, police had no idea where Kincannon was.

In light of what allegedly transpired two weeks ago, such negligence on the part of Upstate law enforcement is inexcusable.

As we noted in our original report, our police sources have not provided us with any information on Kincannon’s status – other than to say last week that he was “accounted for.”

Fifteen days after the ritualistic dog-killing incident at his parents’ home, Kincannon has yet to be charged with any crime.  Which obviously means he has yet to be booked, arraigned or detained.

And what on earth are police waiting for?

According to Thom Berry of the S.C. State Law Enforcement Division (SLED), “it is known by authorities where he is.”

Okay … but that’s what we heard last week.

We asked Berry for additional details, but he would only tell us “authorities do know where he is.”

Based on his history, our guess is Kincannon was probably taken to some sort of mental health facility … although again, we have no reliable information as to his present whereabouts.  Accordingly, we have no way of knowing if any security precautions are in place as it relates to his current location.

We do know Kincannon has had access to firearms in the not-too-distant past, though … which is cause for concern.

We also know this: Multiple individuals who have had the misfortune of landing on Kincannon’s radar in recent months are very worried (and rightfully so) about their safety at the moment.  Not only that, they are exceedingly disappointed that police in the Upstate appear to have been so deferential to Kincannon in the aftermath of the dog-stabbing incident.

Most of all, they are furious Kincannon was released to his parents last week without police being the wiser …

Bottom line?  This is a volatile situation and precautions need to be taken.

Unfortunately, we have seen no evidence of that from Upstate police … who continue to handle this particular subject with kid gloves.

Got something you’d like to say in response to one of our stories? Please feel free to submit your own guest column or letter to the editor via-email HERE. Got a tip for us? CLICK HERE. Got a technical question or a glitch to report? CLICK HERE. Want to support what we’re doing? SUBSCRIBE HERE.
Banner: WLTX TV 19 (CBS – Columbia, S.C.)