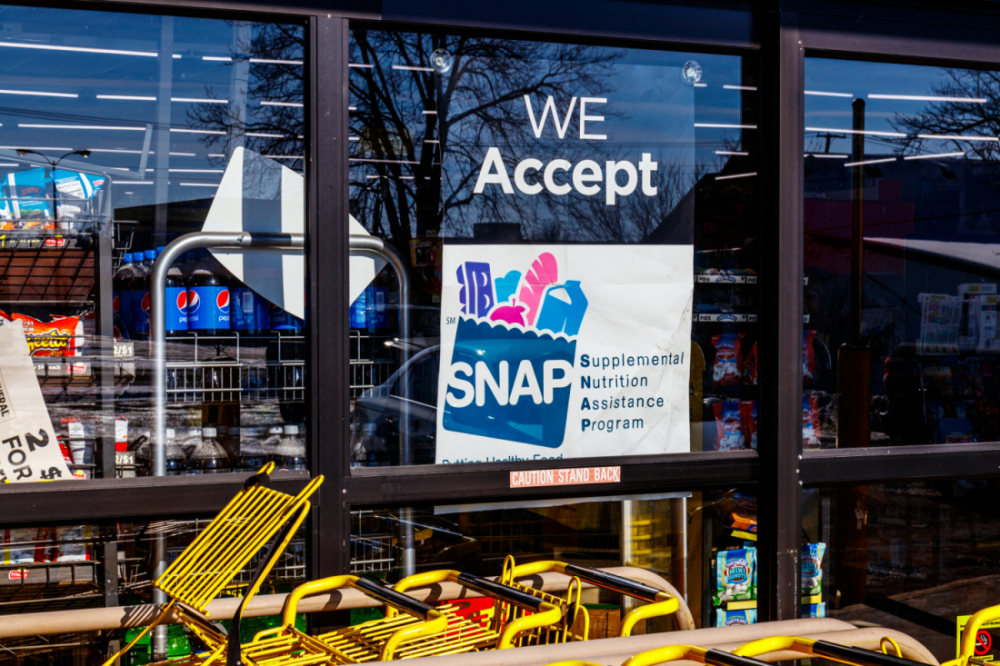 According to data (.pdf) provided by the U.S. Department of Agriculture (USDA), the number of SNAP recipients declined by 3.1 million from January 2017 through April of this year.  That number is down by 3.6 million since Trump was elected in November of 2016.

At that time, there were 43.2 million people drawing these benefits.  As of April, that number had dipped to 39.6 million.

“More than 3.5 million Americans have been lifted off food stamps – something that you haven’t seen in decades,” Trump said last month in an address on the state of the U.S. economy.

That’s good news … even better news is that these declines are taking place while the American population is continuing to expand.

According to estimates from the U.S. Census Bureau, America’s population grew by 3.3 million over the same period – from 324.3 million to 327.6 million.  That means the percentage of the population relying on these benefits declined from 13.3 percent to 12 percent since Trump was elected.

We rejoice in any reduction of the American dependency economy, but these food stamp declines reinforce the belief that the modest economic uptick our nation is experiencing under Trump is translating into measurably positive outcomes.

Could it be better?  Yes.  Are far too many people still relying on these handouts?  Yes.

But the trend lines are – for the moment – moving in the right direction.

Food stamp usage peaked in December 2012 at 47.8 million – but declined gradually thereafter.  During the eight years former president Barack Obama was in office, the number of Americans relying on food stamps increased by 10.7 million.

Of course we can’t exclusively blame Obama for the underlying spike in dependency.

Under former “Republican” president George W. Bush, the number of Americans relying on this benefit soared by a whopping 14.7 million.

In other words, the bipartisan era of obscenely big government produced record reliance on government – no matter what economic conditions prevailed.

Which brings us to an important point: If recent food stamp increases are tied to expanded eligibility as opposed to economic necessity (and they are), then elevated usage will never go away no matter how good the economy gets.  In other words if benefits are doled out based on rigged benchmarks – not real need – then an improving economy won’t reduce the cost of dependency nearly as much as it should.

More worrisome, we remain skeptical the current economic uptick is anywhere near as robust as it could be  … or as sustainable as it should be … based in no small part on the ongoing subsidization of social welfare programs.

It’s a vicious cycle, in other words …

Here in South Carolina, food stamp use is also on the decline after peaking at 879,000 in December 2012.

How much do SNAP benefits in the Palmetto State cost taxpayers?  That’s a good question …

While the program is administered by the S.C. Department of Social Services (SCDSS), state lawmakers surreptitiously moved its budget off the books in 2014 – meaning they no longer count these federal payouts as part of the annual state budget (even though the money still flows through the agency).

At the time lawmakers moved the state’s food stamp budget offline, the annual cost of the program was around $1.23 billion.