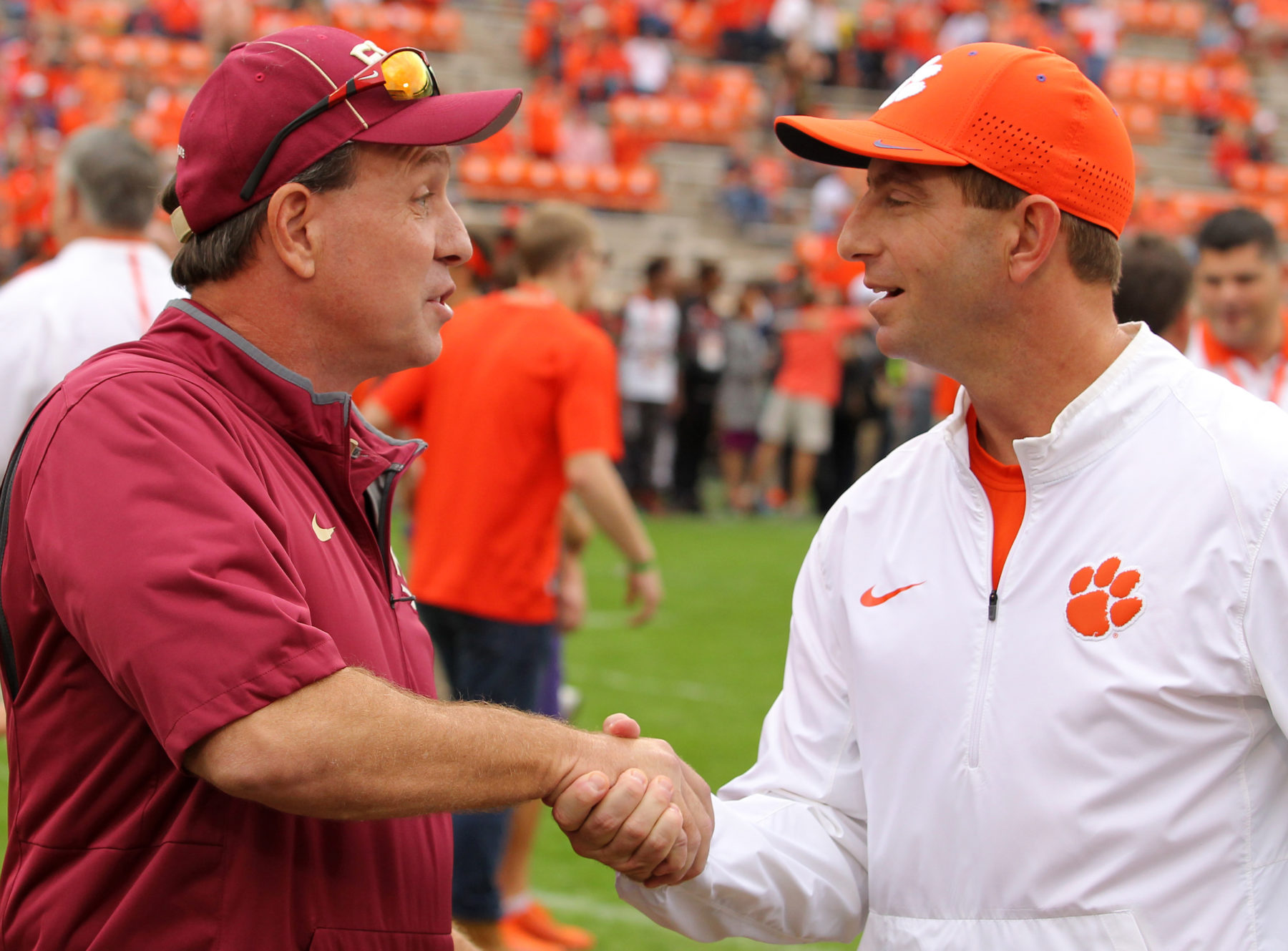 Clemson University head football coach (err … hype man) Dabo Swinney has once again found himself in the middle of an off-field firestorm.

Two years ago it was Swinney’s unabashed love of Jesus that landed him in the spotlight.  This year?  Swinney is under fire for invoking the legacy of Martin Luther King, Jr. in addressing the #BlackLivesMatter controversy ginned up by San Francisco 49ers backup quarterback Colin Kaepernick.

Surprisingly, Swinney’s positive and seemingly innocuous statement about King was not well-received by some of the more militant-minded on the Clemson campus.

“First, let me say that I understand why you did this,” Kumanyika continued.  “Your statements reproduce a long history of folks, conservative and otherwise, positioning Dr. King as the palatable Christian alternative to unruly black protest.  What better way to silence the profit-threatening specter of black athlete protest than by offering the image of a civil rights activist who protested in a way that was more ‘professional’ and ‘convenient’ for everyone?”

What in the hell is this guy talking about?

Kumanyika went on to say that he doesn’t believe Swinney is racist, even though the Clemson coach “makes somewhere in the area of $5 million a year from the physical labor and bodily risk of unpaid black athletes.”

Okay … that’s actually not an entirely unfair criticism, although we’re guessing our solution to the problem differs dramatically from that of Kumanyika, a self-described “anarcho-socialist.”

Anyway, according to Kumanyika, King believed that the “greatest obstacle to the advancement of black people” was not racists, but rather “moderate whites.”

At the risk of being politically-incorrect, the greatest obstacle to the advancement of black people at the moment is the nation’s first black president, Barack Obama.

Fortunately, Kumanyika’s response to Swinney did not go unchallenged.  Writing for the Tiger Town Observer, Clemson student Mitchell Gunter took the liberal professor to task for his broadside against Swinney.

“Nobody is buying this race-baiting tripe,” Gunter wrote. “Your self-promoting antics aren’t furthering noble visions of equality; instead they’re driving people further apart.  The kind of injustices you’re speaking about could only be generated from the ivory towers of extremist, far-left academia.”

You know it’s hard to argue that … especially these days.

This website has consistently hailed MLK’s legacy as one aimed at expanding individual liberty and material prosperity for black Americans.

“We can’t think of any American who more steadfastly, passionately and eloquently advocated on behalf of the basic ‘inalienable’ freedoms upon which this nation was founded,” we wrote of King two years ago.

“You can say whatever you want about King’s life, but his enduring legacy is that of a  man who fought on behalf of the expansion of individual liberties,” we wrote.  “That’s a basic premise that we unilaterally support, and to be perfectly honest we can’t think of anyone better than King at articulating the fundamental essence and importance of liberty.”

Who knew that such comments, according to Kumanyika, were really the “racist” musings of a “moderate white?”