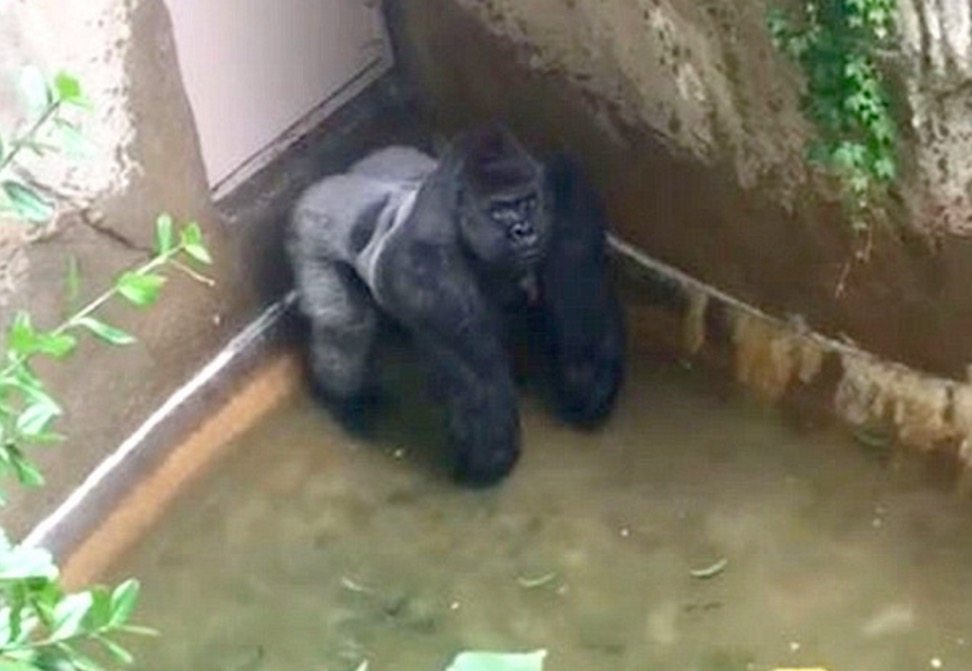 TIGERTOWN THOUGHT POLICE BACK IN ACTION …

Clemson University‘s descent into politically-correct insanity picked up momentum this week when the school banned students from making any reference to Harambe, the 17-year-old gorilla who was shot and killed earlier this year at the Cincinnati Zoo.

A zoo worker shot and killed Harambe after a three-year-old boy climbed into his enclosure – an incident that made headlines around the world.

The killing of Harambe – captured on video – has also prompted innumerable internet memes, many of which have been deemed offensive by the nation’s thought police.

Last Friday, officials at Clemson – a government-run campus in South Carolina – cracked down on these memes by issuing a blanket ban on all Harambe references.

That’s right … a Harambe gag order, if you will.

“Due to an incident that happened earlier this week, we are no longer allowing any reference to Harambe (or any other spelling) to be displayed on doors, halls, billboards, or windows,” school officials warned students in an email. “Harambe should not be displayed in a public place or a place that is viewed by the public.”

The school’s missive added that Harambe memes “add to rape culture” on Clemson’s campus and were also a “form of racism.”

Hold up … we wrote just last week about the troubling pervasiveness of rape culture. What in the hell does it have to do with a gorilla meme?

Apparently the connection was enough to warrant a First Amendment shutdown.

“If residents are asking why they have to take (Harambe references) down you can share that there was a report from an individual about a meme being offensive and biased in nature and as a result all Harambe references are no longer allowed within our community,” the email continued.

Jeez … here we go with the “safe space” nonsense again.

This isn’t the first time Clemson’s thought police have gone off half-cocked.  Earlier this year the school booted a man from its campus for praying.  And of course earlier this month there was a major dust-up between a liberal professor and the school’s football coach, Dabo Swinney, over the latter making positive references to slain civil rights leader Martin Luther King, Jr.

Coastal Heroin Addicts: Lock Them Up?