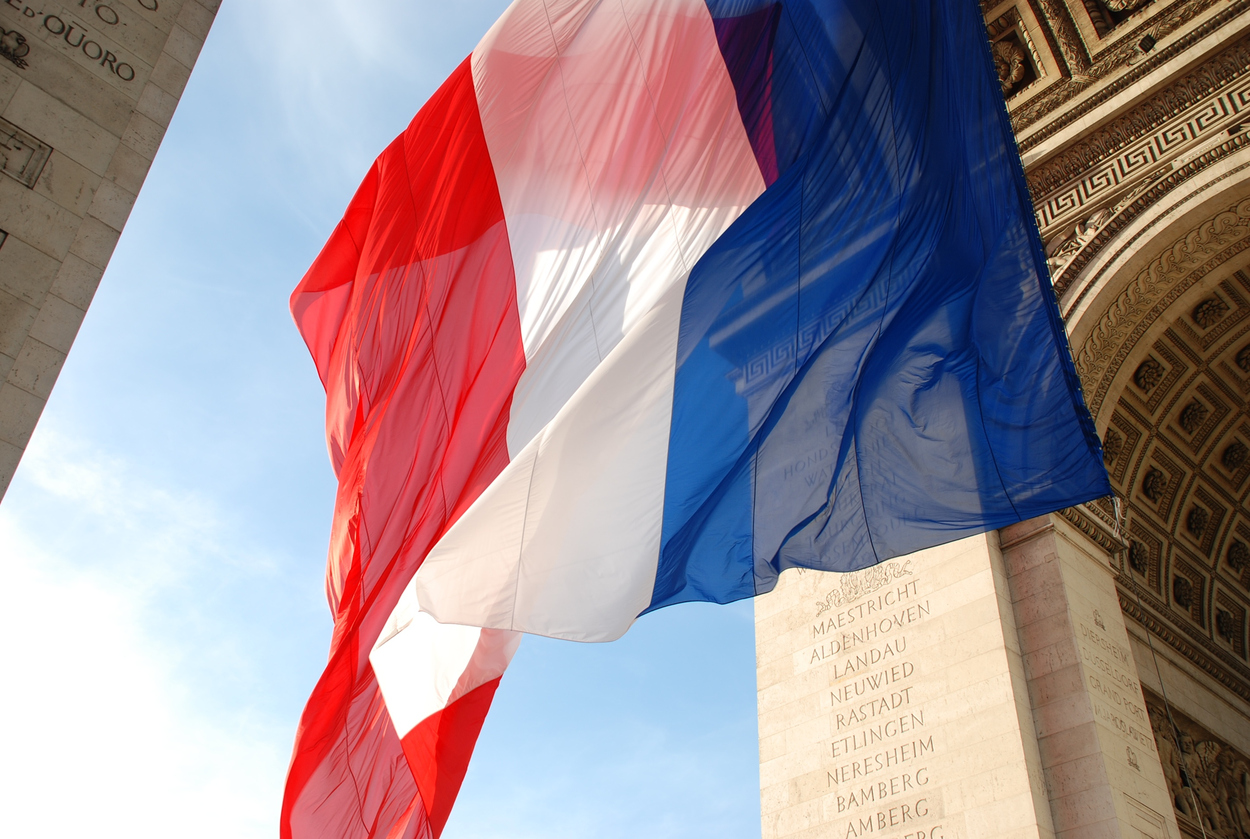 Two-and-a-half years ago, the world united under the hashtag #JeSuisCharlie.

Embraced by millions of people around the globe, the slogan was a show of solidarity in support of the victims of a January 2015 attack on Charlie Hebdo, a French satirical magazine targeted by radical Islamic terrorists for its cartoons lampooning the prophet Mohammed.

Twelve people died at the publication that awful day … murdered execution-style by a pair of Algerian brothers who shouted “Allahu Akbar” as they called out their victims by name.

Now that a major tragedy has befallen America – specifically, the unfolding disaster that is the aftermath of Hurricane Harvey.

How is Charlie Hebdo responding to this calamity? 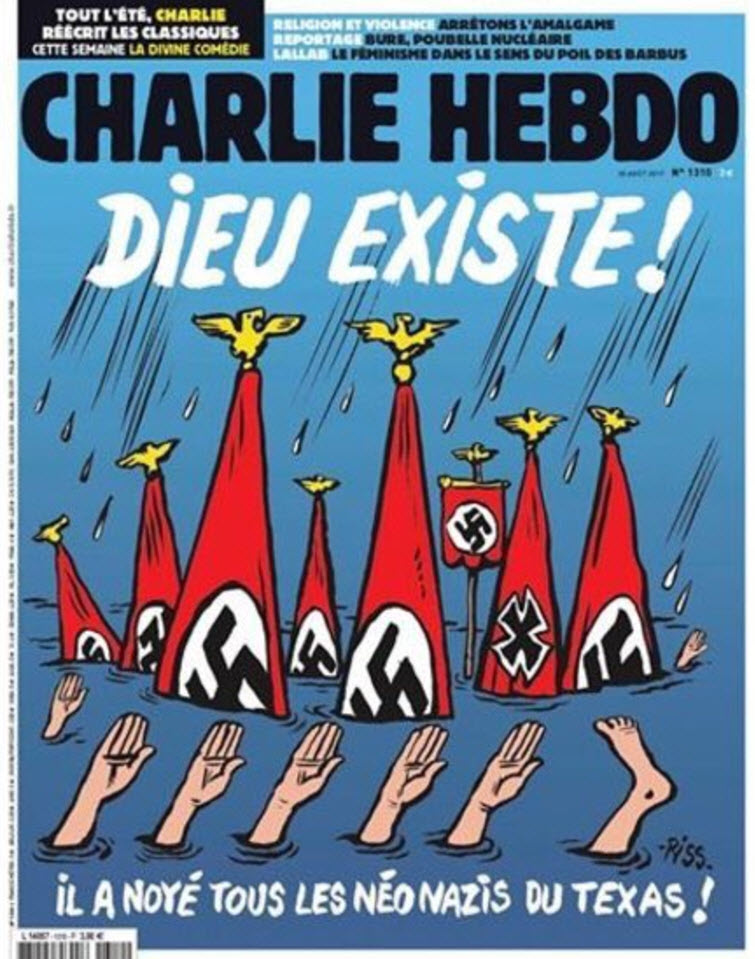 For those of you who didn’t take French in high school, the cover reads “God Exists! He Drowned All The Neo-Nazis In Texas!”

Yes, it is obviously satire.  Yes, it is intended to be over-the-top and in your face.  Specifically, a “punch in the face,” as the magazine’s editors are fond of saying.  But like Kathy Griffin‘s totally tasteless severed head stunt involving U.S. president Donald Trump, it’s just wrong.

More importantly, it is yet another glaring example of the one-way street that is 21st century “tolerance.”

The people dying in Texas right now are Americans … period.  And the people helping trying to save them are also Americans.

How on earth is that not a narrative everyone can embrace right now?

Oh … we forgot.  We live in a world in which everybody is apparently “all in.”  All the time, it would seem.

So instead of #NousSommesTexas we get #GodDrownedNazis from Charlie Hebdo.

We’d like to say something like “we’ll remember this the text time a bunch of French citizens get slaughtered by radical Islamic terrorists.”  But that would make us no better than Charlie Hebdo.

Instead we’ll simply say this: Karma is a bitch.

Oh, and don’t mess with Texas.