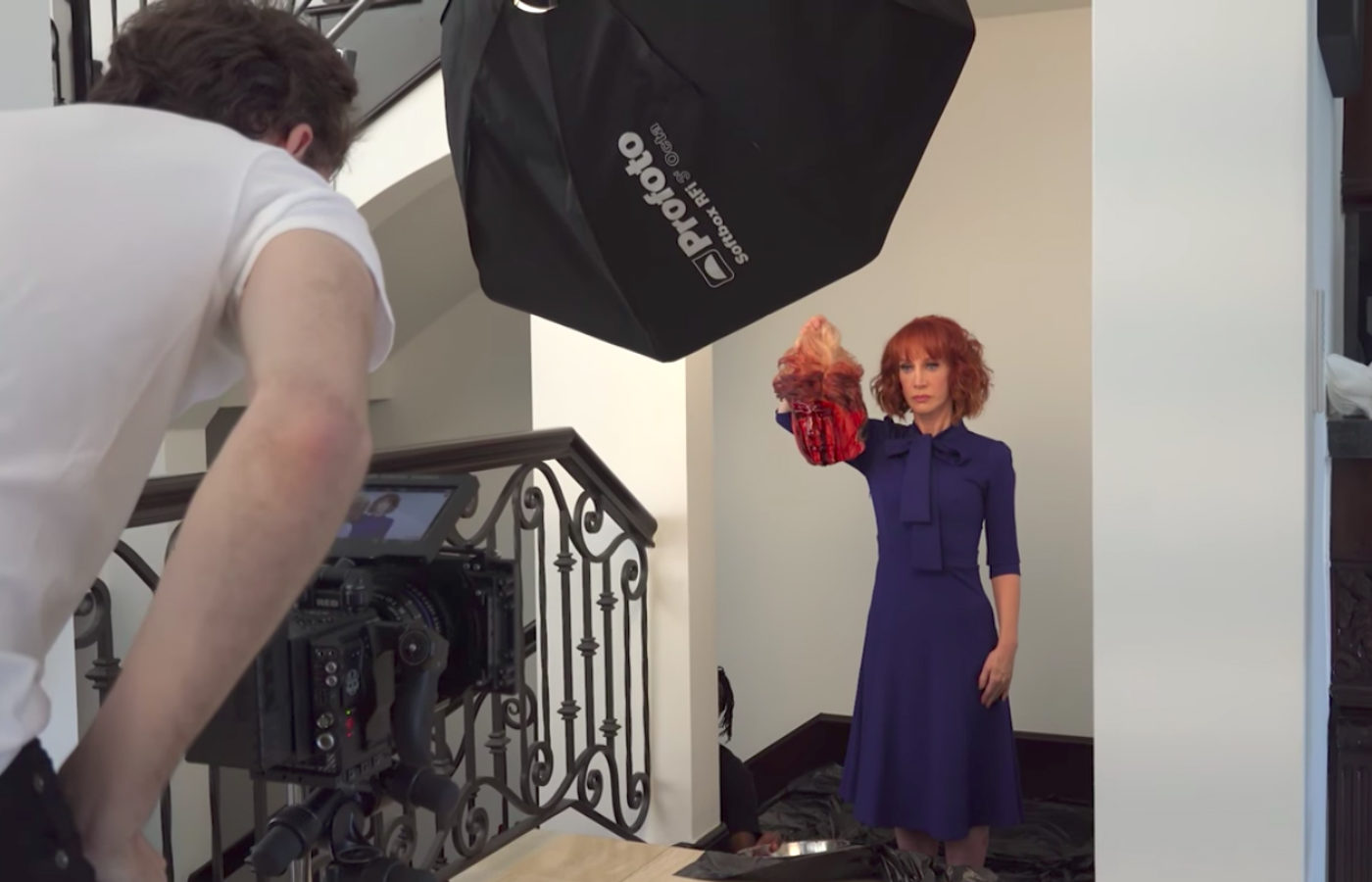 Left-wing comedienne Kathy Griffin lost an advertising deal and was terminated from her job with CNN this week in the aftermath of her participation in a gruesome photo shoot depicting the mock beheading of U.S. president Donald Trump.

In a graphic video reminiscent of those released by radical Islamic terrorist organizations, Griffin held up Trump’s blood-soaked and decapitated “head.”  In the clip – which has since been removed from YouTube – Griffin said she and photographer Tyler Shields “were not afraid to do images that make noise.”

Not even liberal rags were buying that line …

“If Griffin and Shields had wanted the picture to do more than ‘make noise,’ they could have put it in a gallery along with a suite of like-minded images or released it in concert with some sort of statement of purpose, rather than as a highly touted exclusive -complete with teasing ‘Shhh, don’t tell anyone’ video – on a celebrity gossip site,” left-leaning website Slate noted.

The publication added that despite Griffin’s follow-up statements condemning violence against Trump, “it’s still a picture of the president’s severed head designed to look like the money shot in an ISIS assassination video, and even leaving aside the question of art or taste, that seems like a profoundly bad idea.”

Shocking … not that Griffin would participate in the creation of such hateful imagery, mind you, but that the professional left would actually join in the cacophony of revulsion it created.  Also shocking?  That Griffin would suffer consequences as a result of her actions.

Typically tolerance in the United States is a one-way street …

“Kathy Griffin should be ashamed of herself,” Trump tweeted early Wednesday.  “My children, especially my 11 year old son, Barron, are having a hard time with this. Sick!”

“This is the left today,” he tweeted. “They consider this acceptable. Imagine a conservative did this to Obama as POTUS?”

“It is never funny to joke about killing a president,” she tweeted.

As supporters of individual liberty we respect Griffin’s right to free expression – and we will always stand up for her right to participate in the marketplace of ideas.  But this grotesqueness, while within Griffin’s constitutional rights, is the definition of “deplorable” – and eminently deserving of the condemnation it is receiving.

Apparently Griffin herself even realizes that …

“I am sorry. I went too far. I was wrong,” Griffin tweeted.