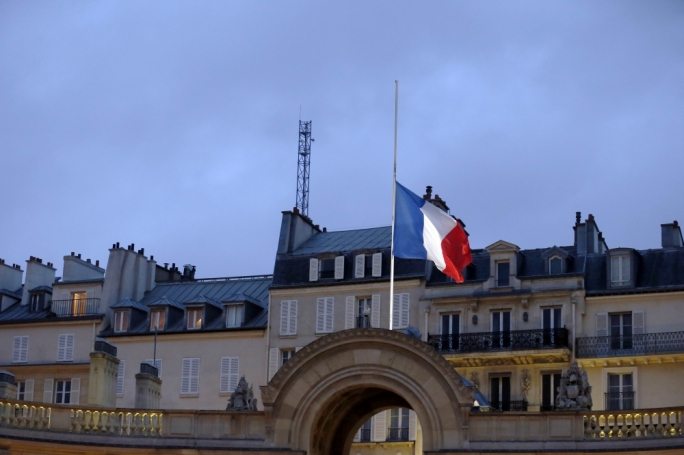 || By FITSNEWS || The manhunt is over … French police claim to have killed the two alleged perpetrators of this week’s Paris terror attack in a daring raid northeast of the French capital.  A hostage taken by the suspects was also rescued during the operation.

Meanwhile another raid at a kosher supermarket in Paris has resulted in one dead gunman and three dead hostages.

Brothers Cherif Kouachi and Said Kouachi – whose bloody attack on the satirical publication Charlie Hebdo killed twelve people this week – were both killed during a gun battle with police outside a warehouse where they had been hiding.

Nearly 90,000 french law enforcement personnel participated in a two-day manhunt for the brothers – which ended when police surrounded a printing plant in Dammartin-en-Goele (a commune located 20 miles north of Paris) and launched a raid at around 5:00 p.m. local time.

Two days ago, the Kouachis allegedly stormed into the offices of Charlie Hebdo wearing masks and brandishing AK-47s.  Shouting “Allahu Akbar” (“God is Great”) and “we have avenged the prophet Muhammed,” they proceeded to execute the paper’s editor – 47-year-old Stephane Charbonnier -and several of its cartoonists.

Speaking in fluent French, the brothers – French nationals of Algerian descent – allegedly called their victims out by name before shooting them in the head, execution-style.

What motivated the murderous rampage?  Cartoon drawings of the prophet Muhammad … but the roots of the radicalization of at least one of the Kouachi brothers was the U.S.-led invasion of Iraq (and the subsequent torture of prisoners by American soliders at Abu Ghraib prison in Baghdad).

In the other raid, police stormed a supermarket in Porte de Vincennes – killing suspect Amedy Coulabaly.  Three of Coulabaly’s hostages were found dead in the aftermath of the attack, although it was not immediately clear when they died.

Coulabay – who was reportedly working in concert with the Kouachi brothers – is also the prime suspect in the slaying of French police officer Clarissa Jean-Philippe.  The 27-year-old officer had been on the job for just two weeks when Coulabay allegedly shot her in the head as she responded to reports of an accident.

Coulabay’s 26-year-old girlfriend – Hayat Boumeddiene – has also been named by police as a person of interest in their investigation.  Boumeddiene has yet to be apprehended.

Again … like all lovers of life and liberty we condemn these attacks.

“Beyond the taking of lives, the attack on Charlie Hebdo is also an attack on free expression – a deliberate effort to suppress the free flow of the marketplace of ideas,” we wrote in the immediate aftermath of the massacre.