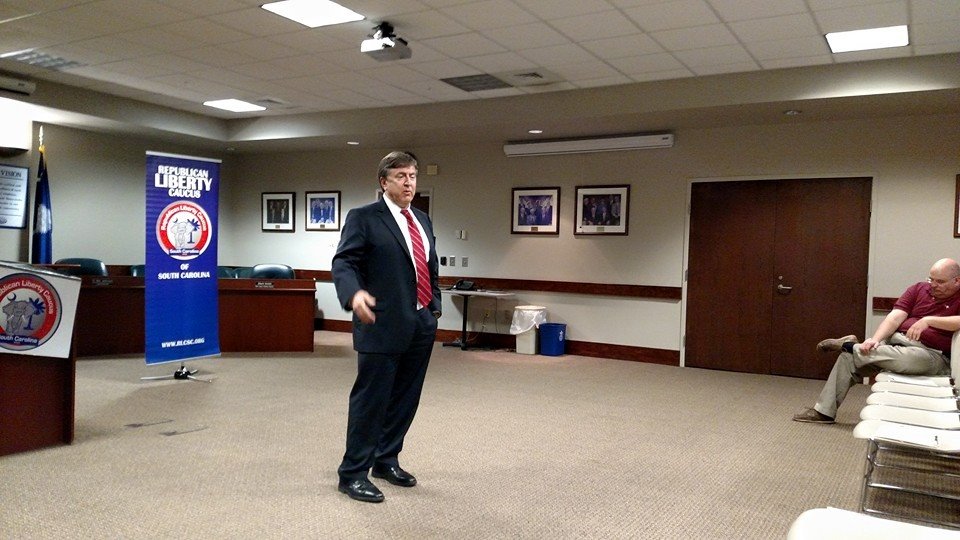 According to our sources, the veteran partisan operative – who ran unsuccessfully for this seat back in 2010 – has held several meetings over the last few weeks trying to determine whether he should challenge incumbent “Republican” congressman Mark Sanford in next spring’s GOP primary election.

Sanford, a scandal-scarred former two-term governor of South Carolina, has represented the first district (map) since winning a special election back in May of 2013.

Unfortunately, he’s been a far cry from the principled reformer he was during his first stint in congress (see here, here and here).  Sanford is also staring down a serious campaign finance scandal as well as an unresolved child abuse investigation stemming from an alleged incident involving his niece last spring.

Then there are his ongoing broadsides against U.S. president Donald Trump – which could wind up alienating him from huge swaths of GOP primary voters (who weren’t exactly thrilled with him the last time his name was on the ballot).

Sensing his vulnerability, two “Republican” candidates previously announced their intention to challenge Sanford – but both have since dropped out of the race (here and here).

In their place has emerged an even more credible potential challenger – first-term state representative Katie Arrington.  Arrington has not yet said whether she will run for the seat, but signs are certainly pointing in that direction.

Kobrovsky, an attorney, has not reached a determination regarding his candidacy.  Seven years ago he finished fourth in a nine-candidate GOP primary election for this seat – drawing 8,521 votes (10.5 percent of all ballots cast).  That election was ultimately won by Tim Scott, who is now serving in the U.S. Senate.

For Sanford, the more opponents the merrier.  If numerous challengers file for this seat, it dilutes the vote against him and makes it more likely he can prevail in his bid for reelection.

Oh, while the GOP battle remains up in the air let’s not forget that Democrats have fielded a credible candidate in this district – which appears to be veering toward the political “center” when it comes to general election voters.