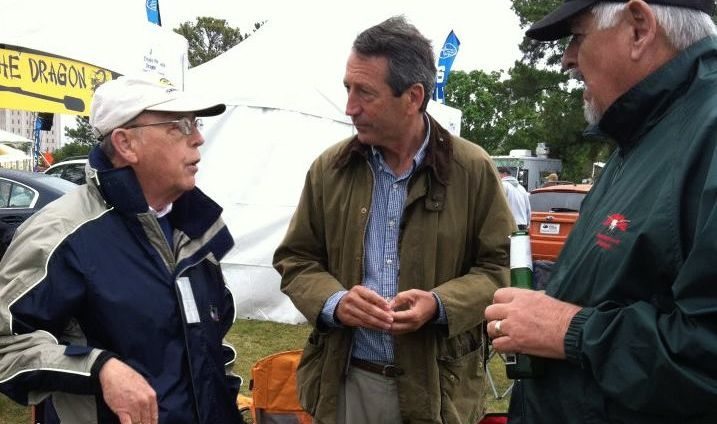 || By FITSNEWS || Looks like crony capitalist kingpin Boeing was right … it “got” Mark Sanford after all.  Hook, line and sinker.

The so-called free market “conservative” – who built his reputation taking principled stands on behalf of taxpayers – said this week he would vote in favor of reauthorizing a crony capitalist slush fund even though he didn’t agree with it.

How come?  Because according to Sanford, his “constituents” benefit from the cronyism …

Pardon us, but isn’t this precisely the sort of politics Sanford was supposed to be against?

More to the point, Sanford’s constituents don’t benefit from the U.S. Export-Import Bank – which doles out billions of dollars in low interest, taxpayer-guaranteed loans to a select few foreign corporations (the vast majority of which turn around and buy airplanes from Boeing).

Who does benefit?  Boeing’s top executives – including a CEO who made $30 million last year.

“In the case of Ex-Im Bank, the route of subsidy capture is crystal clear: it goes overwhelmingly to the shareholders of Boeing … and to the respective bonus and stock option pools of their top executives,” David Stockman of the website Contra Corner wrote last summer.

Does that sound fair to you?

In addition to “one percenters” pocketing the proceeds of this “bank,” Boeing receives billions of dollars in government subsidies each year.  In fact South Carolina taxpayers have shelled out more than $1 billion to the company over the last five years.

What have they gotten in return?  A chronically mismanaged manufacturing facility – one that’s about to unionize.

But this column isn’t about the folly of “Boeing’s Bank” (which hurts the competitiveness of U.S. airlines and raises ticket prices for consumers).  Nor is it about the utter failure of South Carolina’s efforts to build an economy by bribing big corporations to come here with “incentives.”

No, this post is about Mark Sanford … the guy who told us he was a “leader, not a politician.” The guy who called himself a “citizen-legislator” in his 2000 book The Trust Committed To Me.

“When I ran for office the first time, I said I would vote against any piece of legislation – regardless of the good it had for the District – if it was bad for the country as a whole,” Sanford wrote in his book.

That’s precisely the sort of “leadership” America needs if it is ever going to become great again … but rather than providing it, Sanford has decided to sell us out.

After betraying the trust of South Carolinians during his tenure as governor, we reluctantly gave Mark Sanford another chance – thinking his pro-freedom, pro-free market voting record during his first stint in the U.S. Congress would carry over to his second stint.

How has he responded?  By embarrassing us … and himself.

This “citizen legislator” has turned into nothing but a corporate whore.  The only question?  How much he cost.