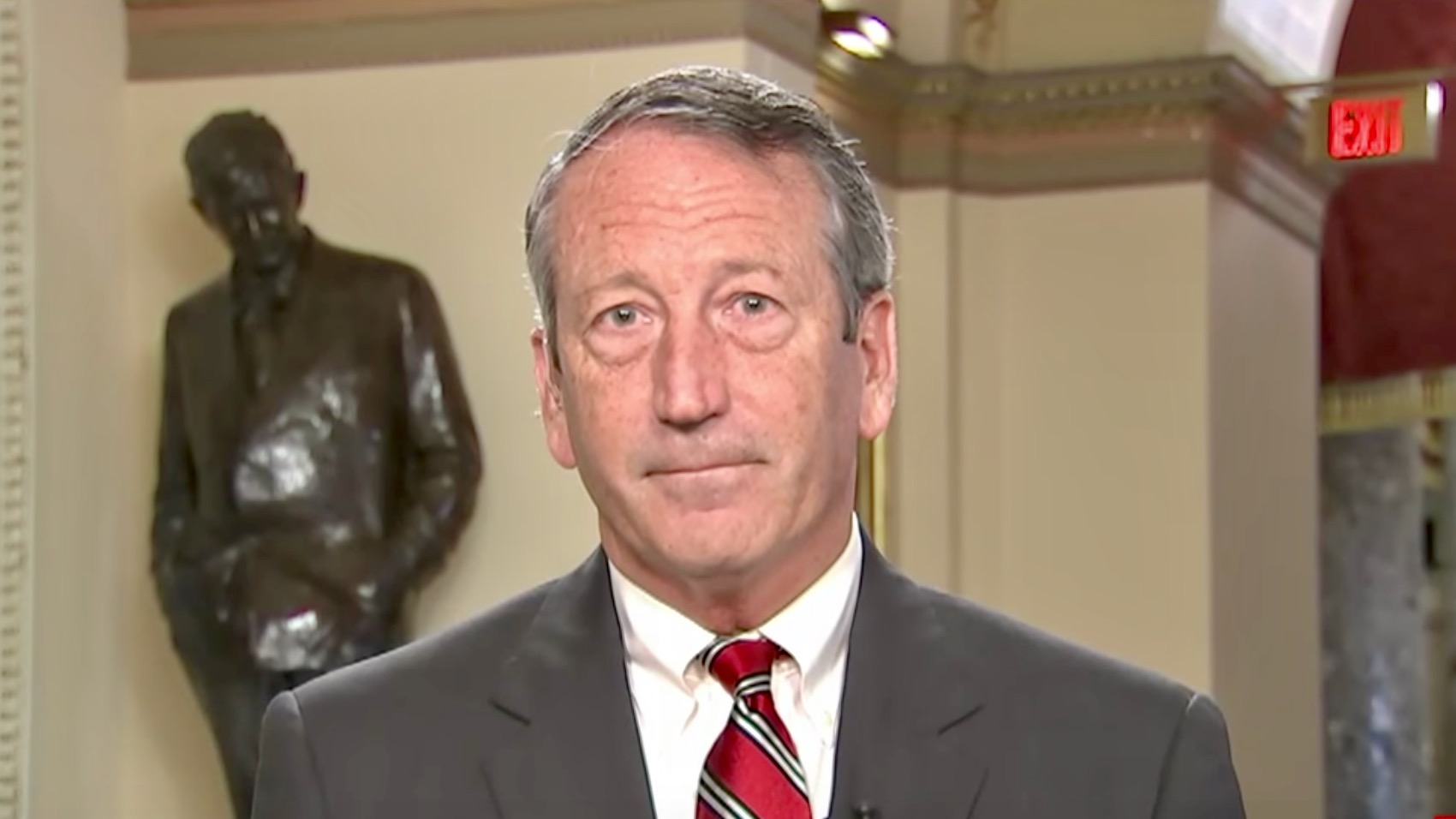 Congressman Mark Sanford (SC-1) is at it again … casting blame on U.S. president Donald Trump for unleashing the “demons” that led to an attack on his GOP colleagues in the U.S. Congress.

“I would argue the president has unleashed, partially, again not in anyway totally, but (is) partially to blame for the demons that have been unleashed,” Sanford said on MSNBC’s Morning Joe program.

Sanford’s remarks – which we believe to be utterly and completely asinine – come one day after a lone, liberal gunman opened fire on a GOP softball practice in Alexandria, Virginia.  Five people – including GOP whip Steve Scalise – were wounded in the attack.  The shooter – a supporter of socialist U.S. Senator Bernie Sanders – previously posted missives on social media suggesting that Trump and his GOP allies should be “destroyed.”

“They’ll say, ‘If the guy at the top can say anything to anybody any time, why can’t I?” Sanford said.

This is precisely the sort of irrational, unjustified blame-shifting Sanford engaged in last month after congressman Greg Gianforte – a “Republican” from Montana – physically accosted a reporter.

We’re not the only ones, either.  Here a scathing email we received from our intrepid D.C. Operative in response to Sanford’s latest verbal diarrhea …

You have Rick Wilson literally calling for someone to shoot Trump.  Celebrities screaming about burning the White House down.  Sanders urging his people to take down Trump.  And Mr. Appalachian Trail thinks this mess is even partially Trump’s fault?  Those are straight up calls to violence.  Not loony toons reality show tweets.  This hoping someone takes out the President and his supporters business is what has to stop.  Winding up your craziest allies and pointing them at your opponents hoping they’ll do something extreme so you don’t actually have to win a legitimate political argument with Trump is just plain evil.

And as far as this town hall crap goes,  yeah, people are nasty. He should go to a Philadelphia Eagles game.  Fat libs yelling about healthcare is nothing compared to that.  Being rude and outrageous is an American tradition, especially when absolutely no one in either political party gives a crap about actually fixing the country.   If he doesn’t like Pat the transgendered global warming activist sitting out in front of his office crying about mother earth as she plays Words with Friends on her IPad, then recruit some of his own supporters to show up wearing Gadsden Flags and banging on a drum while reading the Constitution.

The Luv Guv’s position is basically “Don’t be mean to me and any violence against Trump and Co. is at least partially their fault.”  Steve Scalise is in really, really bad shape. Sounds like he almost bled out.  Probably won’t ever fully recover and may still not make it.  And this asshole has so little loyalty that he’s out trying to score political points attacking the President and whining that his job is hard.

Amen to that … all of that.

To his credit, Trump hasn’t politicized the shooting.  Instead, his remarks have focused on trying to unite his countrymen.

“Steve may have brought some unity to our long-divided country,” Trump said Thursday. “We’ve had a very, very divided country for many years, and I have a feeling that Steve has made a great sacrifice, but there could be some unity being brought to our country.”

It’s one thing to go “all in” with regard to a particularly ideology at the expense of common sense and empirical evidence.  It’s something else entirely to start shooting people in the name of your ideology.

Is Donald Trump to blame for the liberal attack on GOP lawmakers?

State representative Katie Arrington, rumored as a possible primary opponent against Sanford in next spring’s “Republican” congressional election, has weighed in on the congressman’s remarks …

What is most appropriate for this ridiculousness: OMG, WTF, SMH, GMAB or, of course, FML bc he's my congressman now: https://t.co/pOGaDn68Y9