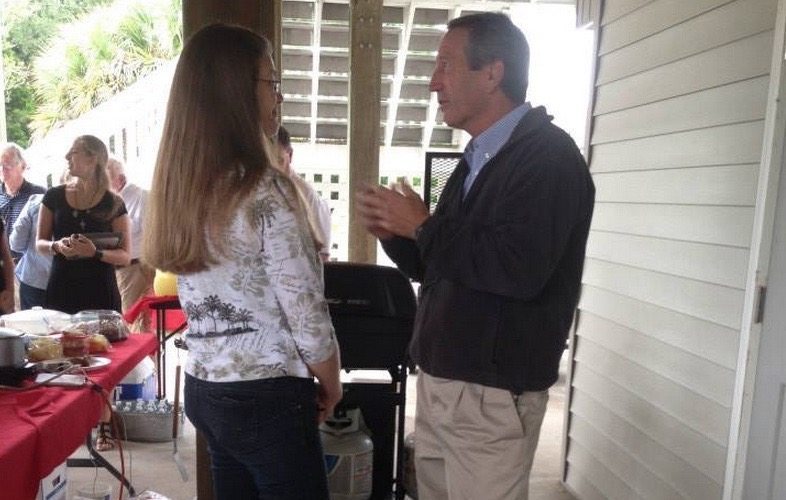 This website has extensively chronicled U.S. Rep. Mark Sanford‘s political rebirth as a status quo “Republican.” (for the latest chapter in this sad saga, click here).

Sanford used to be the genuine article when it came to protecting taxpayers.

In other words, he was the sort of guy who would never permit government resources to flow into his political campaign.

Now?  Sanford is a status quo hack … just another corrupt politician willing to waste tax dollars in furtherance of his electoral aspirations (sort of like he wasted tax dollars to further other “aspirations” during his tenure as governor of South Carolina).

In fact, Sanford appears to have has his taxpayer-funded staff hard at work on his June 14 GOP primary race.

According to images disseminated by someone claiming to be a mole in his Washington, D.C. office, government employees under Sanford’s authority are actively participating in his 2016 “Republican” primary campaign against S.C. Rep. Jenny Horne. 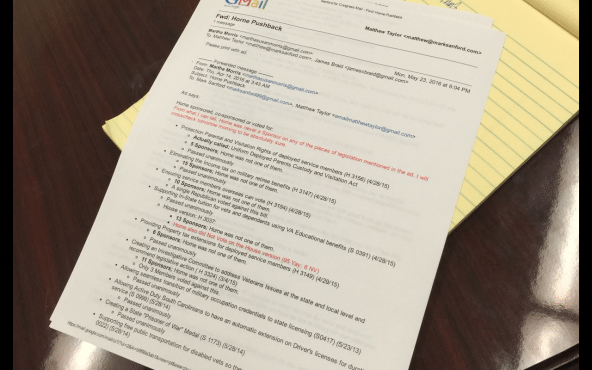 That’s an email to Sanford and his chief of staff, Matthew Taylor, written by Martha Susan Morris (LinkedIn here) – who is currently employed by taxpayers as a “special assistant” in his Washington, D.C. office.

The email is entitled “Horne Pushback.”  Based on what we can glean from its contents, it seeks to debunk claims made in a recent political advertisement by Jenny Horne – the South Carolina lawmaker who is challenging Sanford in this month’s GOP primary elections.

In another image alleged to have been taken inside Sanford’s Washington, D.C. office, campaign materials (and campaign-related emails) are clearly visible on a government-issued computer. 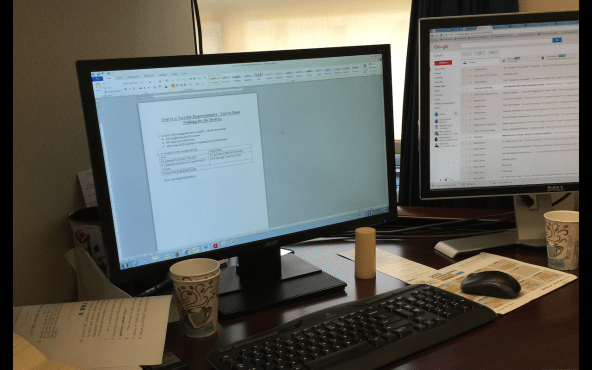 Hold up … how did we get this information?

Well, our moles in Sanford’s office are notoriously adept, but these images came courtesy of a source who goes by the name of Silence Dogood – an homage to the pen name used in 1722 by future founding father Benjamin Franklin.

In emails obtained by FITS, the modern-day “Dogood” leaks information – ostensibly from within Sanford’s office – using poetic verses.  Anapestic tetrameter, to be precise.

While incumbents have an advantage
Its much easier to win
When you don’t hire campaign staff
And have your congressional staff weighing in.

And here’s one more …

You asked for recordings
I have quite a few, but
I’ll give you this photo
Let’s see what you (do).

According to emails forwarded to us, all of the “Silence Dogood” missives originate from same Google email address –silencedogoodsc01@gmail.com.  Not only that, one source who received them suggests that internet protocol information associated with the messages is a match for Sanford’s Washington, D.C. office.

Now … will any of this clever political espionage help propel Horne to an upset win over Sanford?

Don’t bet on it.  Sanford is expected to cruise to reelection next week over Horne, who made the mistake of challenging the vulnerable incumbent from his left (i.e. liberal) flank.

Most observers believe Sanford would have been far more vulnerable had a challenger come at him from his right ideological flank.

Even if he wins reelection convincingly, though, Sanford has a real problem on his hands if it can be conclusively determined that taxpayer-funded staff in his Washington, D.C. office participated in his reelection bid.

Sanford’s situation could grow direr still if it were proven he knew it was happening … or worse, if he sanctioned the behavior.  That could result in Sanford and his employees finding themselves in violation of the Hatch Act, which forbids government employees from participating in political activities while “on duty” or on government property.