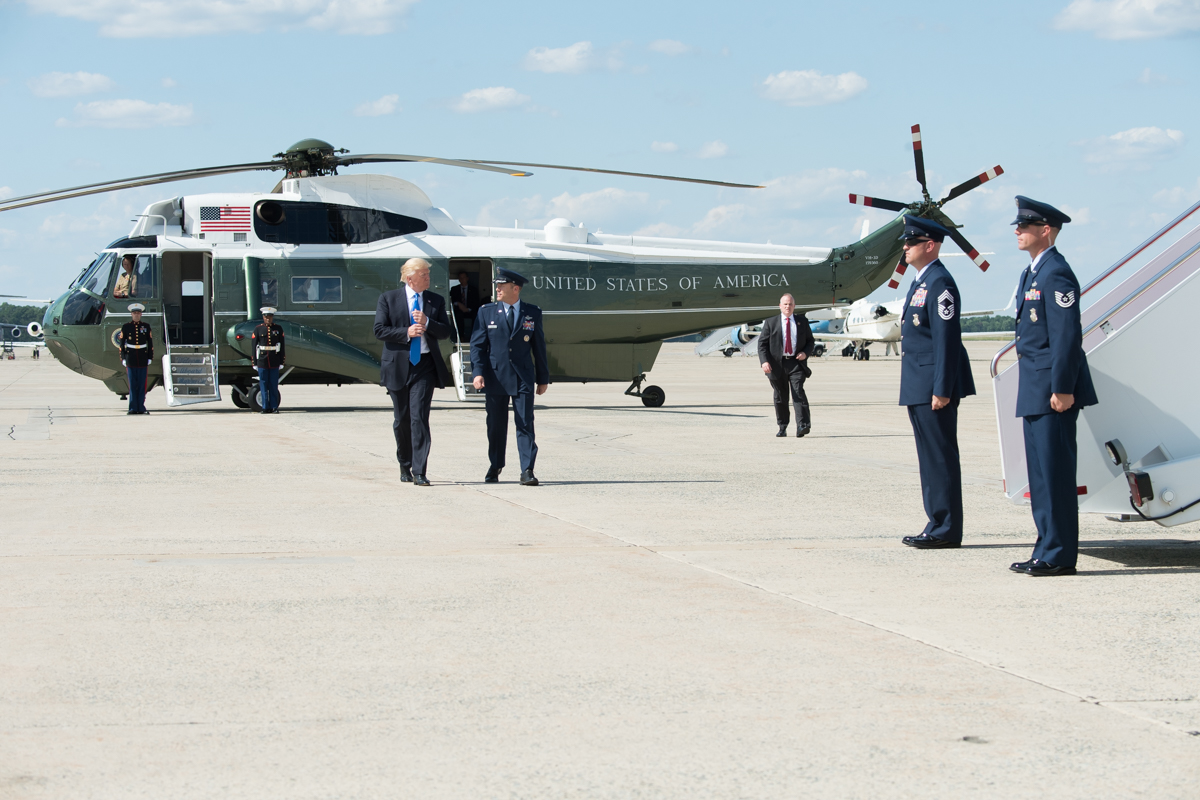 One of the most persistent rumors during South Carolina’s slow news summer (so far) is that U.S. president Donald Trump has been distancing himself from the Palmetto State’s guffawing, glad-handing good ‘ol boy governor – Henry McMaster.

The rumored reason for this alleged distance?  McMaster’s proximity to the scandal currently engulfing the empire of his longtime political advisor, Richard Quinn.

Quinn’s firm is at the center of a category five political scheisse–sturm … and only recently did McMaster seem to recognize the ferocity of the winds.

Better late than never, right?  Indeed … but the complications associated with the ongoing drama (political and governmental) have been hard to miss.

How could this still-unspooling scandal implicate McMaster?  Any number of ways …

Aside from the bad optics it has generated, McMaster himself has been mentioned as a possible subject of the ongoing probe – most notably as it relates to his tenure as attorney general of South Carolina from 2003-2011.

As the investigation ramps up, though, McMaster’s name has been mentioned far less frequently by political insiders.  That doesn’t necessarily mean he is “out of the woods,” it just means speculation isn’t centering around him as much as it is around others.

Let’s assume for the moment McMaster emerges from the #ProbeGate drama completely unscathed … which we would argue at this point is an “even money” proposition.  If that happens, all he would have to deal with is the political fallout.

That could still be quite damaging for McMaster given his status as a consummate political insider … but such a scenario would be far more manageable than an indictment or alleged ethics violations.  It would be more manageable still were McMaster to have a popular (in South Carolina, anyway) president in his corner.

“Yes,” multiple sources in Washington, D.C. and Columbia, S.C. told us this week.

As is its longstanding practice, McMaster’s campaign declined to respond to our request for a comment.  However, well-placed White House sources – and an official close to McMaster’s 2018 gubernatorial campaign – confirmed the politician known as “Foghorn Governor” is still very much in Trump’s orbit.

In fact, the president has reportedly promised McMaster he will appear alongside him ahead of next June’s “Republican” primary elections in the Palmetto State – raising money for him and hosting one (and perhaps more than one) of his trademark rallies.

“The president has given the governor a date,” a source familiar with the situation told us.

Not only that, McMaster made a pair of public appearances with Trump in Washington, D.C. last month – including a highly publicized White House visit by Clemson University’s national championship football team.

“It’s no coincidence the governor was featured so prominently during the Clemson visit,” one of our White House sources told us.

McMaster owes his governorship to Trump – whom he endorsed just ahead of last winter’s “First in the South” presidential primary election.

He’ll have to fight to keep his job, though.

The 70-year-old politician is facing a surprisingly stern challenge from labor attorney Catherine Templeton, an attractive outsider who (at this point) has outperformed expectations on the fundraising front.  Also running is former lieutenant governor Yancey McGill, whose candidacy seems to be adopting a more populist tone of late.

Others could still jump into the race, including current lieutenant governor Kevin Bryant and fiscally conservative S.C. Senator Tom Davis.

SC Man Who Had A Dead Body In His Yard Charged In Police Shooting, Officials Say