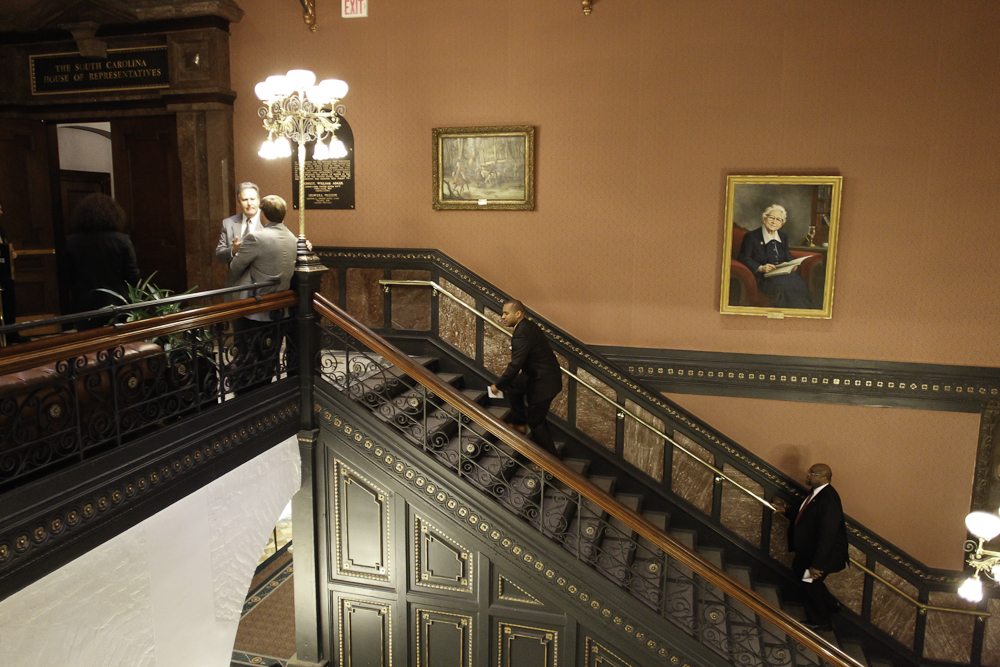 SPECIAL PROSECUTOR TURNING UP THE HEAT

Earlier this week, we ran an exclusive report detailing the latest machinations in an ongoing investigation of public corruption at the S.C. State House.

The probe – run by S.C. first circuit solicitor David Pascoe – is serious business.  It has already brought down powerful former S.C. Speaker of the House Bobby Harrell, who resigned in October 2014 after pleading guilty to six ethics violations.

More recently, far more serious charges have been leveled against State Rep. Jimmy Merrill of Daniel Island, S.C. – who was slapped with a sweeping thirty-count indictment in December that could land him in jail for more than six decades.

Additional charges could still be forthcoming against Merrill, who has publicly proclaimed his innocence (even as some have suggested he is following the lead of Harrell and cutting a deal with prosecutors).

Meanwhile speculation under the dome is rampant as to which lawmakers will be ensnared next – with most insiders focusing their attention on State Rep. Rick Quinn.  Along with his father – neo-Confederate Republican consultant Richard Quinn – the influential former GOP majority leader was reportedly named in the still-secret pages of a redacted December 2013 S.C. State Law Enforcement Division (SLED) report.

That document formed the basis for the ongoing investigation, and news of the Quinns’ rumored inclusion in its hidden pages – like so many aspects of this probe – broke exclusively on this website.

So … what’s next in this probe?

According to our sources, Pascoe and his investigators have a busy week ahead of them.  Multiple witnesses have reportedly been summoned to provide additional evidence and testimony regarding their knowledge of the case.

Which witnesses?  What testimony?  And who could be implicated by these new developments?

Those are all excellent questions …

Our sources declined to provide the names of the individuals reportedly being sought for questioning, which means we have no way of knowing exactly what direction the probe is taking.

At this point, all we know is Pascoe is moving full speed ahead – possibly even expanding his net to include one or more Democratic targets.

There’s also well-founded speculation that his investigation is eyeing S.C. attorney general Alan Wilson – who attempted unsuccessfully to shut the probe down last spring.  Not only that, the sheer scope of the Merrill indictments gave rise to speculation that Pascoe could be eyeing the 2012 ethics case of former governor (and current U.S. ambassador to the United Nations) Nikki Haley.

As we exclusively reported two months ago, Haley benefited from some exceedingly selective justice during a 2012 show trial held by her former colleagues in the S.C. House of Representatives.

Since breaking this story wide open back in September of 2014, our website has covered every twist and turn of #ProbeGate.  Generally we’ve cheered Pascoe in his efforts, but we’ve also done our best to hold him accountable.  Count on us to continue to do so as the investigation advances.