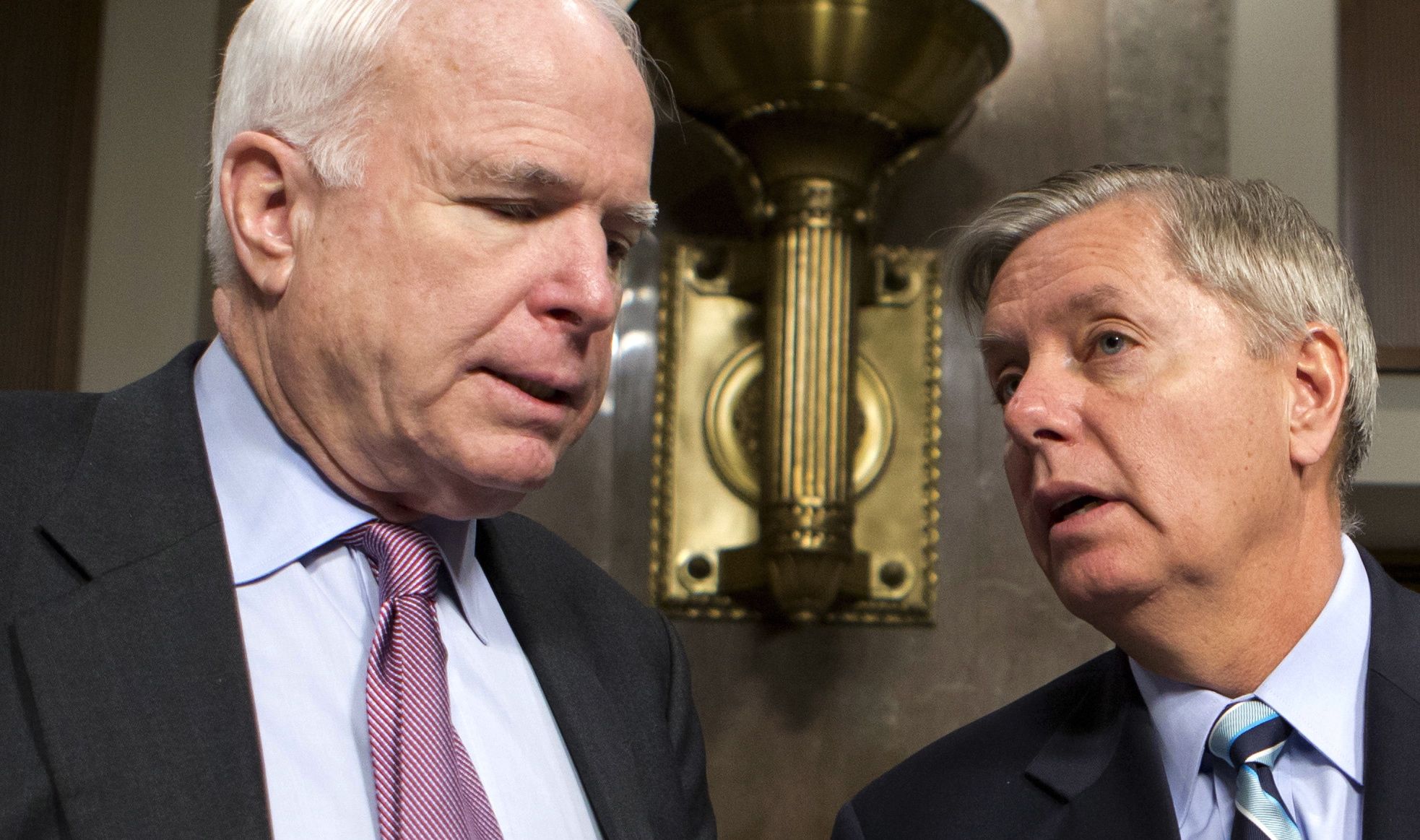 Fiscally liberal “neo-conservatives” John McCain and Lindsey Graham attacked their colleague Rand Paul for having the audacity to oppose the use of drone strikes on American citizens.

McCain and Graham – who are nothing but whores for America’s military-industrial complex – derided Paul for filibustering U.S. President Barack Obama’s nomination of John Brennan as director of the Central Intelligence Agency (CIA). Paul filibustered Brennan’s nomination for thirteen hours on Wednesday night in protest of the Obama administration’s refusal to rule out the use of drone strikes against American citizens on U.S. soil.

“If Mr. Paul wants to be taken seriously he needs to do more than pull political stunts – than fire up impressionable libertarian kids,” he said. “I don’t think (his filibuster was) helpful to the American people.”

Wait … what? Standing for fundamental liberties makes one an “impressionable kid?” 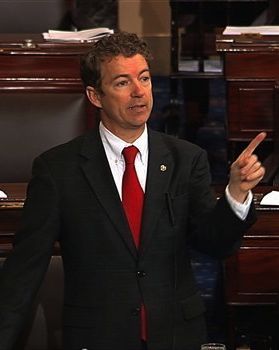 Rand Paul during his filibuster.

Graham joined McCain, saying he was “disappointed” in Paul for filibustering Obama’s nominee – and that Paul’s notion of U.S.-based drone strikes was “ridiculous.” Graham, incidentally, revealed last month that U.S. drone strikes have killed an estimated 4,700 people over the last few years.

“Sometimes you hit innocent people, and I hate that, but we’re at war, and we’ve taken out some very senior members of Al-Qaeda,” Graham said.

While Paul was filibustering on Wednesday night of this week, Graham and McCain were dining privately with Obama at the Jefferson Hotel in downtown Washington (presumably receiving their talking points).

Graham later referred to the meeting with Obama as “productive.”

In South Carolina – where Graham is likely to face GOP primary opposition from the right – pro-liberty Republicans were livid.

Even establishment Republicans – while not eager to bash Graham – made no secret of their support for Paul.

“I’m so proud of Senator Paul,” GOP activist Lannieu Siegling wrote in an email to his followers. “We could use more folks who will stand up!”

On the other side of the debate? The Obama-fed mainstream media – led by reporter Chris Cillizza of The Washington Post.

According to Cillizza, “Obama is now the tough-on-terror guy” as a result of his support for drone strikes, “the politician willing to do whatever it takes to bring suspected terrorists to justice.”

Hold up … nobody is unilaterally opposing drone strikes (at least not on this website). This debate is about their use on U.S. soil against American citizens – something which for reasons surpassing understanding the Obama administration refuses to declare unconstitutional.

Yet according to Cillizza that fundamental distinction is a nuance which will be “all but lost” on most people.

This website supports the use of any forcible means necessary to protect legitimate American interests from credible threats. What we oppose is the perpetuation of a military budget that exceeds Cold War dimensions (with no Cold War to fight) and an interventionist foreign policy which incites violence against our country rather than keeping its people safe.

Of course to hear McCain tell it those are the positions of impressionable children … yet as he speaks, he and Graham continue to fatten their campaign accounts with contributions from those who profit off of such engagements.