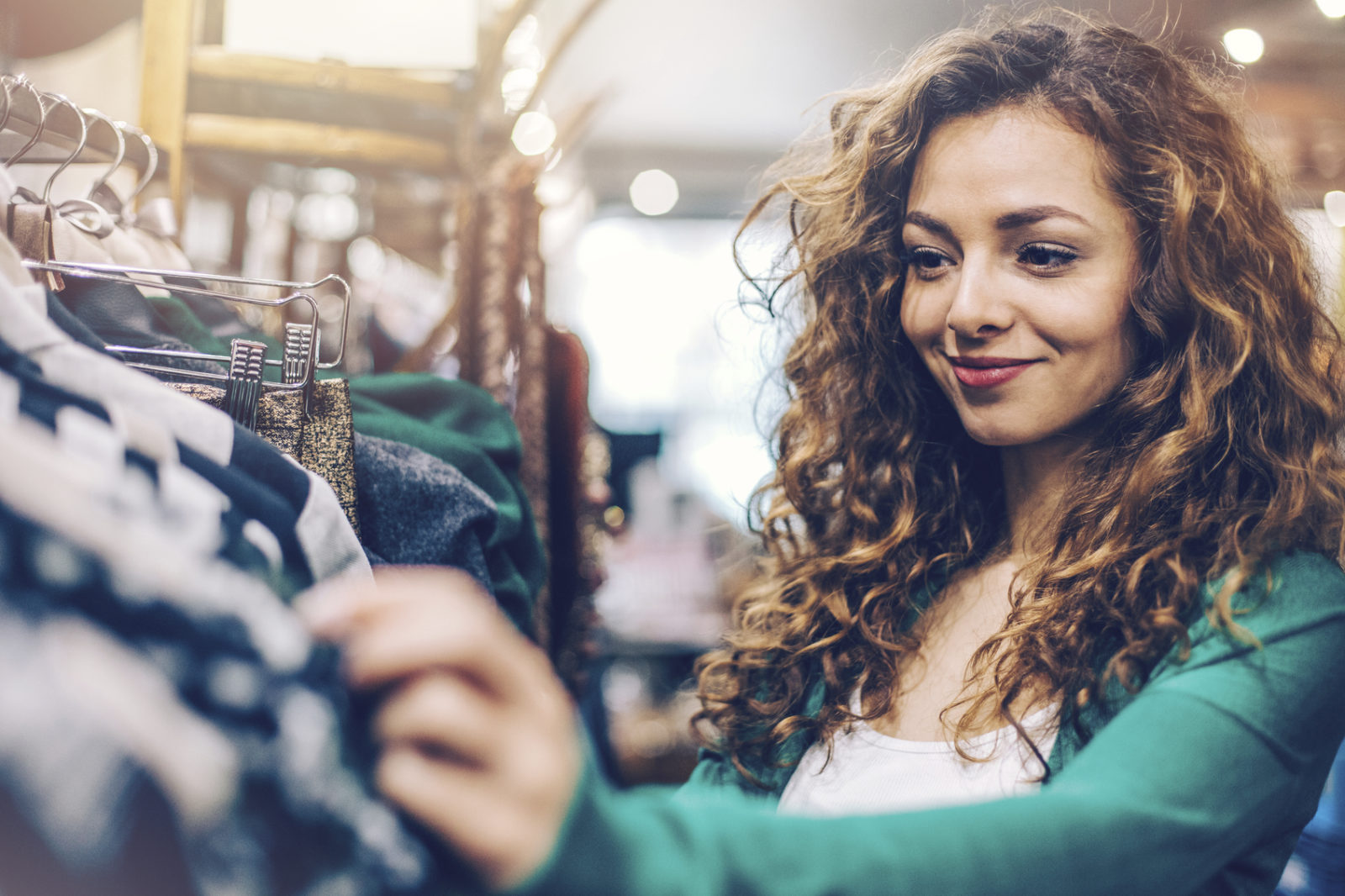 Despite this week’s news that U.S. incomes rose last year for the first time since 2007, American consumers continue to view the economy with pessimism.

Bloomberg’s Consumer Comfort Index (CCI) took another dive this week – plunging 1.8 points to 42.2 out of 100.

That puts the measure 3.1 points below its 2016 peak. Equally alarming?  The index’s volatility.

“This much movement – meaningful change in four weeks out of five – has occurred only eight times previously in weekly data since late 1985,” analysts noted in assessing the data (.pdf).

Published weekly by Langer Research Associates, the CCI is based on three subindices: Americans’ ratings of the national economy, their personal finances and the buying climate.  The broader index – and each of its three subindices – range from zero (bad) to 100 (good).

Here’s a look at the CCI’s recent trendline … 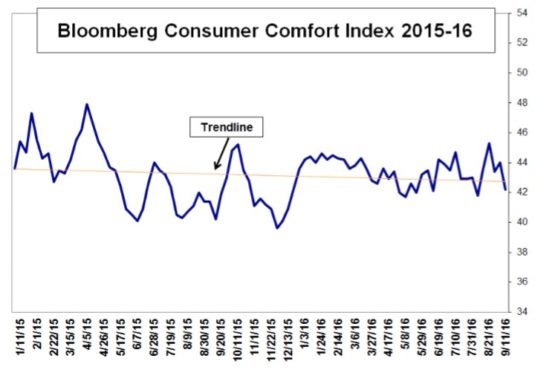 As you can see, just three weeks ago this indicator was spiking – prompting analysts to herald “a potential breakthrough for consumer sentiment in what’s been a largely flat year.”

Our view was more pessimistic.

“This two-week increase represents a solitary aberrant spike in the data,” we noted at the time.

What went up has indeed come back down (again) – and once again the decline was driven by Americans’ growing concern over their personal finances.  This subindex clocked in at 54.3 – down 2.3 points this week and 3.5 points in the last three weeks.

Here’s a look at the trendlines on those three subindices … 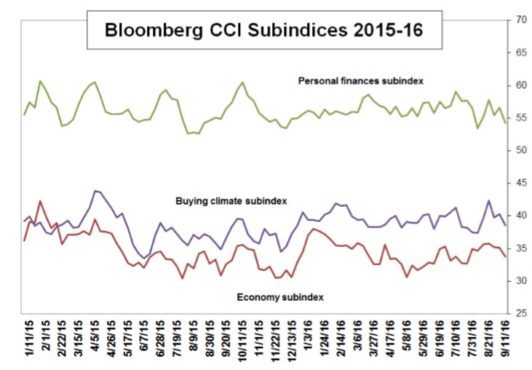 As we noted earlier this month, “growth will never return to this country unless these policies are reversed … and replaced by policies which incentivize productivity, investment and consumerism.”

Not surprisingly, we believe the upcoming 2016 presidential election offers a clear choice on this front.