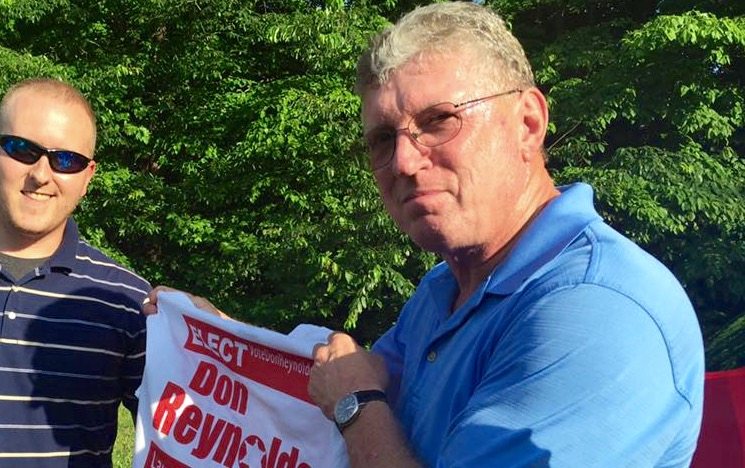 The “Republican” candidate for sheriff of Laurens County, S.C. is refusing to debate his petition opponent in advance of this November’s general election.

Donald E. Reynolds – who defeated incumbent “Republican” sheriff Ricky Chastain in a June GOP primary – is declining to share the stage with petition candidate Stephane Williams, according to The Clinton Chronicle.

Reynolds’ move comes shortly after an ally of his attempted to have Williams booted from the ballot over a technicality.

(Which let’s face it … happens more often than you might think in South Carolina).

We don’t really have a dog in this fight, but we’re not especially enamored with Williams.  In fact, we believe he’s nothing but a puppet for Chastain – who appears to have veered into madness following his recent defeat (which was due in no small part to a sexting scandal broken by this website).

Of course we’ve pulled no punches when it comes to Reynolds, either … and we’re not going to start doing so now.

As we noted in a recent post on another (attempted) debate dodge, “no elected official should ever ‘duck’ a debate – even when it is politically advisable to do so.”

Nor should candidates have their supporters attempt to remove opponents from the ballot … at least not without legitimate grounds for doing so.

Such political machinations telegraph fear … which in Reynolds’ case is totally unnecessary.  As a “Republican” running in a general election in Laurens County, he is a virtual lock to win in November – meaning he has no need to boot his petition opponent from the ballot.  Nor should he have anything to fear from a debate.

There are plenty of good reasons to refrain from voting for a particular political candidate (especially in a state like South Carolina).  Refusing to debate?  We’d put that pretty high on the list …