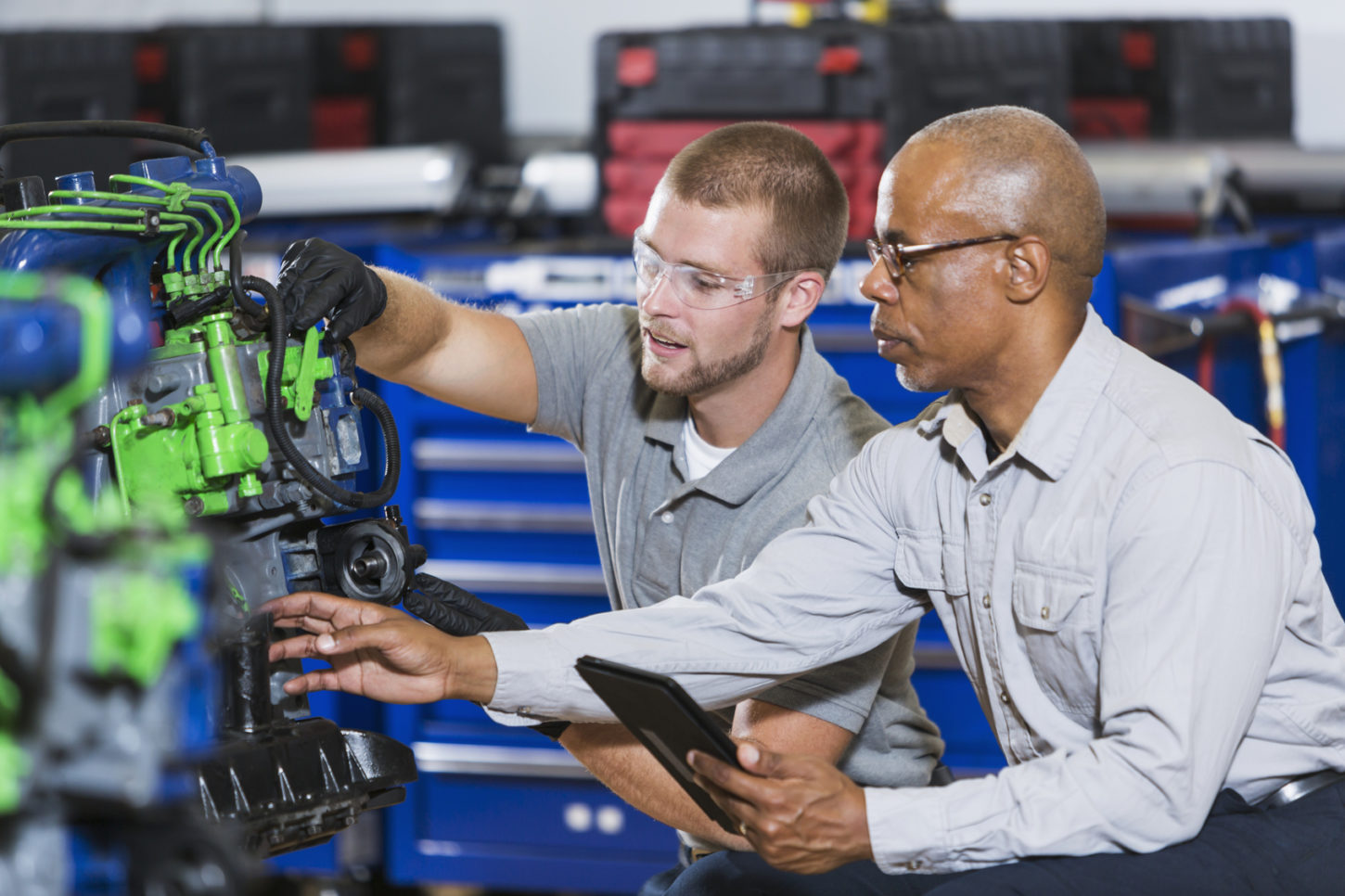 After back-to-back months of fairly robust job growth (in quantity, anyway), the U.S. employment situation dimmed a bit during the month of August.

According to data released by the U.S. Bureau of Labor Statistics (BLS), the American economy created 151,000 new jobs last month – well below the revised 275,000 and 271,000 positions that were ostensibly created in July and June, respectively.

America’s labor participation rate remained stuck at 62.8 percent – with the labor force expanding by a modest 58,000 people.  Still, more than 94 million working age Americans are not participating in the workforce – a number that has steadily increased during the post-recession “recovery.”

Courtesy of our friends over at Zero Hedge, here’s a look at that data … 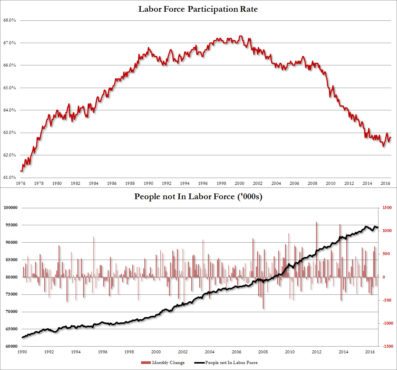 The real problem with this month’s report?  Wages.

What happened?  Well, the bulk of the workforce – i.e. the 83 percent of employees who work in production and non-supervisory positions – saw weaker than expected growth in the aggregate number of hours worked.

In fact this metric is up just 1.1 percent year-over-year – the weakest growth on record since 2010.

(Thanks a lot, minimum wage hikes).

“The bulk of wage growth has gone to low-paid workers, however now that the tailwind of state minimum wage hikes has passed, the overall wage growth is sliding once again,” Zero Hedge noted.

That’s a devastating number for the Federal Reserve – which is hoping to raise interest rates but would risk plunging the nation into a recession if it did so against the backdrop of falling wages.

As this is an election year, the data prompted a political response – with GOP presidential nominee Donald Trump‘s campaign moving quickly to place the blame for deterioration of the labor market on policies championed by U.S. president Barack Obama and Democratic presidential nominee Hillary Clinton.

“The August jobs report shows a troubling long-term trend: The Clinton-Obama economy fails to produce better-paying jobs, particularly in the manufacturing industries that can reduce our trade deficit,” Trump’s senior economic advisor David Malpass said.  “We lost 14,000 manufacturing jobs. The offshoring of good-paying American jobs and the replacement of American workers at home with lower-paid foreign labor, whether illegal or on work visas, has destroyed upward mobility, consumer purchasing power and the tax base of state, local, and federal governments.”

According to Malpass, “the Clinton-Obama recovery is seven years of failure on virtually every significant metric – growth, income, trade and jobs.”

As we noted in our recent post on deteriorating consumer comfort, real economic growth will never be achieved unless the federal government commits itself to a fundamental reversal of its current unsustainable policies.

Otherwise, expect the fundamental weaknesses we are seeing in the broader economy to continue … even worsen.