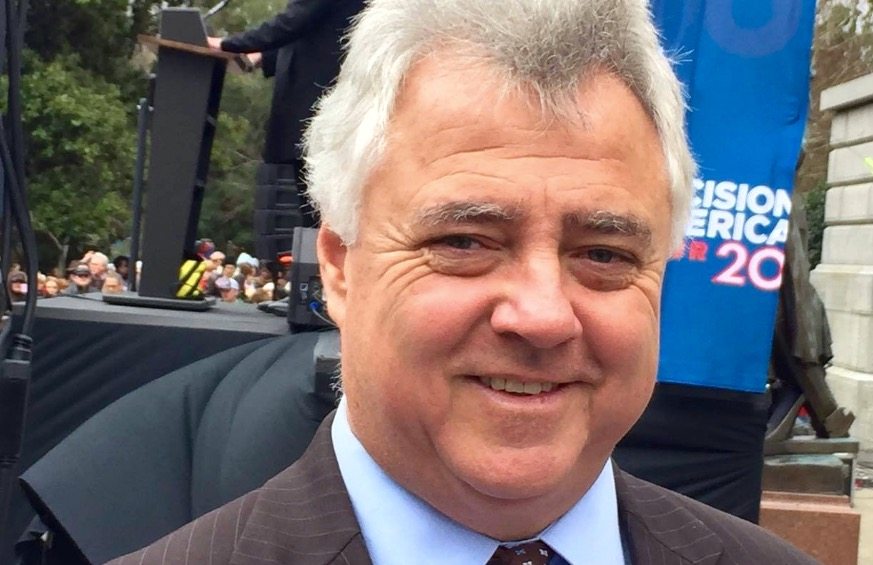 Over the years this website has come to view S.C. Senator Larry Grooms in a most unfavorable light.

For starters, he is an insufferably sanctimonious Bible thumper – an exceedingly judgmental evangelical Christian who believes government resources can (and should) be appropriated to impose a narrow definition of morality on the rest of us.

Frankly, that sort of  every bit as incompatible with the notion of limited government as the reckless social agendas of the radical liberals.

Anyway, despite our misgivings about his over-the-top social conservatism, this website endorsed Grooms in his failed 2013 bid for the U.S. Congress – believing him to be the most pro-free market candidate in the race.

Well, that and his candidacy struck us as the best option to defeat U.S. Rep. Mark Sanford … whose second stint in Washington, D.C. has been an unmitigated disaster for taxpayers.

Turns out endorsing Grooms was a terrible mistake … which we realized a few months after the election when he stabbed fiscal conservatives in the back by advancing a totally unnecessary highway project.

Since then Grooms fiscal liberalism has grown like a cancer.

He has become the embodiment of everything that’s wrong with the “Republican” brand – a fiscal liberal spouting all sorts of antiquated rhetoric on social issues.

Why are we venting our spleens against Grooms today?  Because he’s reportedly on the verge of making a bold power play at the S.C. State House.

According to several of Grooms’ allies in the S.C. Senate, the Lowcountry liberal is mounting a bid to dethrone recently-elected S.C. Senate “majority” leader Shane Massey.

Massey won this post in April following the surprise resignation of S.C. Senator Harvey Peeler.  Two months after Massey’s victory, though, the Senate “Republican” caucus saw four of its incumbent members go down in defeat in GOP primary elections.

To be clear: These defeats are unlikely to alter the partisan composition of the Senate – or its left-leaning ideological orientation.  The chamber remains a bastion of big government … one seemingly impervious to the best efforts of “reformers.”

Grooms’ allies claim he was one vote away from forcing a tie with Massey back in April.  Given the fact several incumbents were defeated last month, Grooms believes he can pick up the ground he needs by painting Massey as an “ineffective leader” – one who didn’t do enough to safeguard the GOP majority.

Our view?  We have no affinity for either of these politicians.  More to the point: Their battle strikes us as irrelevant.  In fact, whichever lawmaker emerges victorious in this intramural spitball fight will remain utterly subservient to Hugh Leatherman, the corrupt, uber-liberal leader currently controlling the Senate.

That’s a shame, too.

For the first time in a long time, Leatherman was showing signs of political weakness earlier this year.  But then S.C. governor Nikki Haley engaged in a ham-fisted attempt to oust him.

As a result of her failed effort, Leatherman has not only been empowered – he’s been emboldened.  Along with his allies.

Meanwhile Haley has been completely neutered …

Anyway … we will keep an eye on Grooms as he maneuvers to oust Massey from the majority leader’s position.  While unlikely to tip the balance of power at the S.C. State House, there are hundreds of thousands of dollars in political contributions at stake based on who controls the legislative caucuses.  In other words, this battle could emerge as an interesting “undercard” as lawmakers’ jockey for position in advance of the 2017-18 session of the S.C. General Assembly.