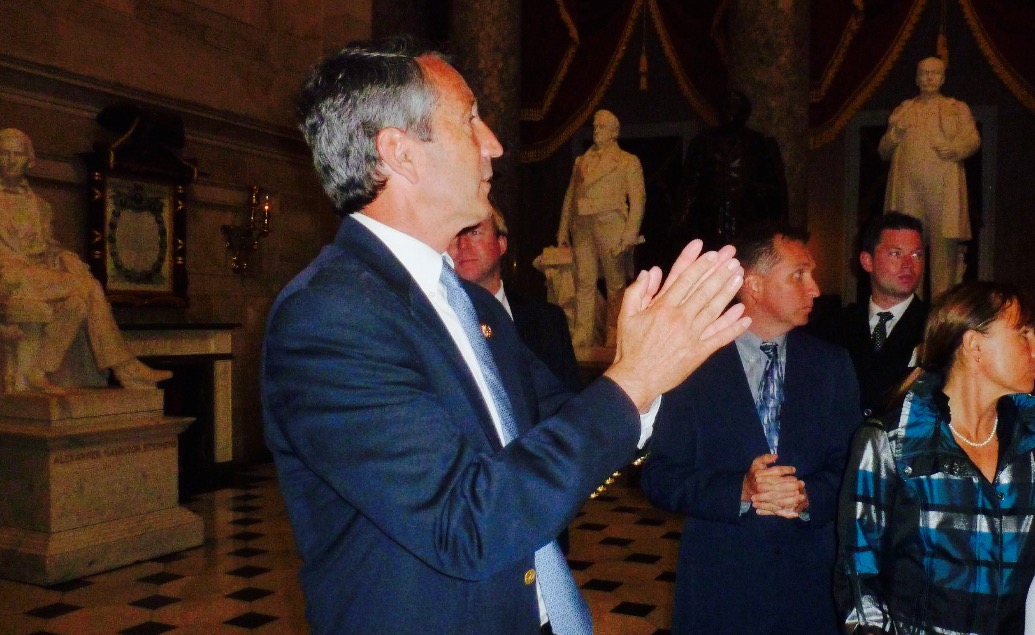 The brother of U.S. Rep. Mark Sanford is hotly disputing allegations that the veteran Palmetto State politician is guilty of abusing his young daughter (Sanford’s niece).

In a statement provided to reporter Rebecca Lurye of The (Hilton Head, S.C.) Island Packet, John Sanford said the allegations against his brother – a former presidential hopeful and two-term governor of South Carolina – were false.

“I am sorry that because my brother is a public figure he is being swept into allegations that are not true,” Sanford said in his statement. “To be clear, any suggestion that my brother hurt my daughter’s foot – or would harm my children in any way – is absolutely wrong. Because I am not a public figure, I would ask that the press not attempt to sensationalize these misleading reports whose printing could harm my children.”

News of Sanford’s alleged abuse was first reported late Friday here on FITS.  As we revealed, the incident is alleged to have occurred on Sanford’s family plantation near Beaufort, S.C. – and is said to have involved the young daughter of John Sanford and his wife, Julia Umbreit.

According to our sources, the abusive activity took place on June 18 after Sanford’s niece squirted him with a water gun.  Angry at being doused with water, the former two-term governor of South Carolina is accused of roughing up the girl and dangling her “by her ankles off (a) dock” – threatening to drop her into the shallow water below.

The next day the girl was reportedly “limping noticeably” as a result of her injuries – and was taken to see a pediatrician.  The pediatrician who attended to the girl reportedly told her mother that if she did not report the matter to authorities, he would.

On June 21 – three days after the alleged incident took place – Beaufort deputies interviewed Umbreit and her daughter and “took pictures of her injuries.”

Deputies also “conducted a recorded interview” with the girl and obtained from her a drawing of the dock where the incident allegedly took place.

Additionally, deputies subpoenaed medical records in connection with the alleged incident – and obtained several statements and text messages as part of their inquiry.

Earlier this month, Beaufort County turned the investigation over to the S.C. State Law Enforcement Division (SLED) “for further investigation.”

Mark Sanford has issued no comment on the allegations, although he did tell Lurye that he stood by his brother’s statement.

Once the genuine article when it came to defending taxpayers, Sanford has sadly turned into a status quo “Republican” in the aftermath of the 2009 sex scandal that derailed his presidential aspirations (and nearly cost him his job as governor of South Carolina).  In fact we’ve been extensively chronicling Sanford’s descent into mushy middle-dom since his return to the U.S. House in 2013 (here, here and here).

Sanford survived a primary challenge last month from liberal “Republican” Jenny Horne – although he dramatically underperformed expectations in that election.  Not only that, he is staring down a potentially major campaign finance scandal associated with his “victory.”

Obviously we will continue to follow this story as it unfolds.

Is Alan Wilson In On “The Fix?”