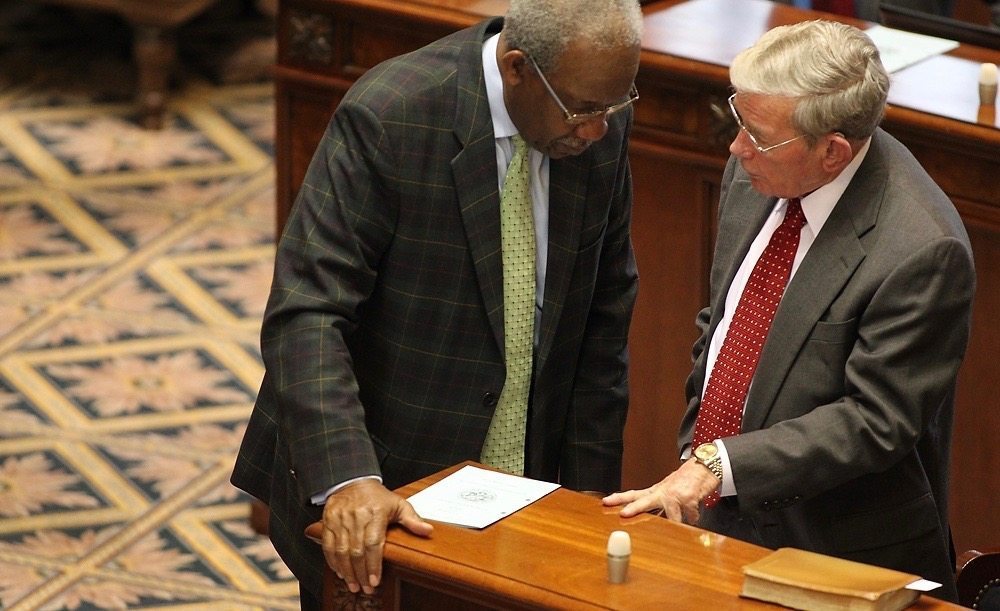 LIBERAL “REPUBLICAN” HAS LOST CONTROL OF HIS CHAMBER

There’s a lot of buzz in Palmetto political circles over powerful S.C. Senate president Hugh Leatherman drawing his first primary opponent in years … or the fact this opponent will apparently be benefiting from some serious financial support.

That buzz may be missing the real story … the aging leader’s diminished clout within the chamber he once ruled with an iron fist.

When Leatherman pulled off his masterful coup to take control of the Senate in June of 2014, only two Senators dared to stand in opposition to him – Tom Davis of Beaufort and Shane Massey of Aiken.

Everybody else bowed down …

The powerful legislative leader – who has wielded near-dictatorial control over the Senate’s budget for the last fifteen years – was at the peak of his power.

It didn’t last long, though …

In 2015, Davis stepped up his defiance of Leatherman – staging a filibuster in opposition to an unnecessary gasoline tax hike that seemed destined to pass the legislature.  Supported by legislative leaders, crony capitalists, liberal media, lobbyists – basically the entire status quo – there was no way this tax hike was going to be stopped.

But Leatherman and his allies couldn’t sit Davis down … and by the time 2016 rolled around, the empowered fiscal conservative had found a new ally in “Republican” majority leader Harvey Peeler. 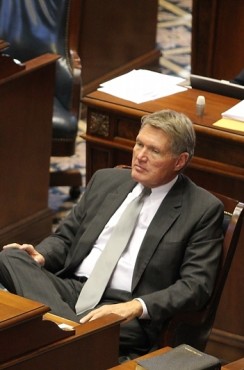 With Peeler holding “squishy” GOP Senators in line, Leatherman was once again unable to break Davis’ hold over the chamber – and as a result the proposed gas tax hike suffered another ignominious defeat.

This week, Peeler delivered the coup de grace – effectively decapitating Leatherman by stripping him of the support he usually receives from a handful of liberal “Republicans” who form a working majority with the Senate’s eighteen Democrats.

The hammer fell when Leatherman sponsored an amendment to the Senate’s infrastructure bill on Wednesday which would have taken $400 million in new recurring funding earmarked for the S.C. Department of Transportation (SCDOT) and cut it in half – routing $200 million to a glorified transportation slush fund he controls.

SCDOT would have been left with $200 million – which Leatherman’s amendment designated as a one-time money.  However the cash for his slush fund was earmarked as “recurring” revenue – meaning it would have been guaranteed in the budget each year.

“Leatherman tried to peel off the usual GOP subjects and he failed,” one Senator told us.

In fact the only “Republican” who voted with him was Ray Cleary – the architect of the gas tax hike and a guy who isn’t even running for reelection in 2016.

When was the last time Leatherman suffered a beatdown like that in his own chamber?  Never.

As the defeated, diminutive leader exited the floor, one of his colleagues offered a telling remark.

“What do you call a leader with no followers?” he asked.  “Just a guy taking a walk.”