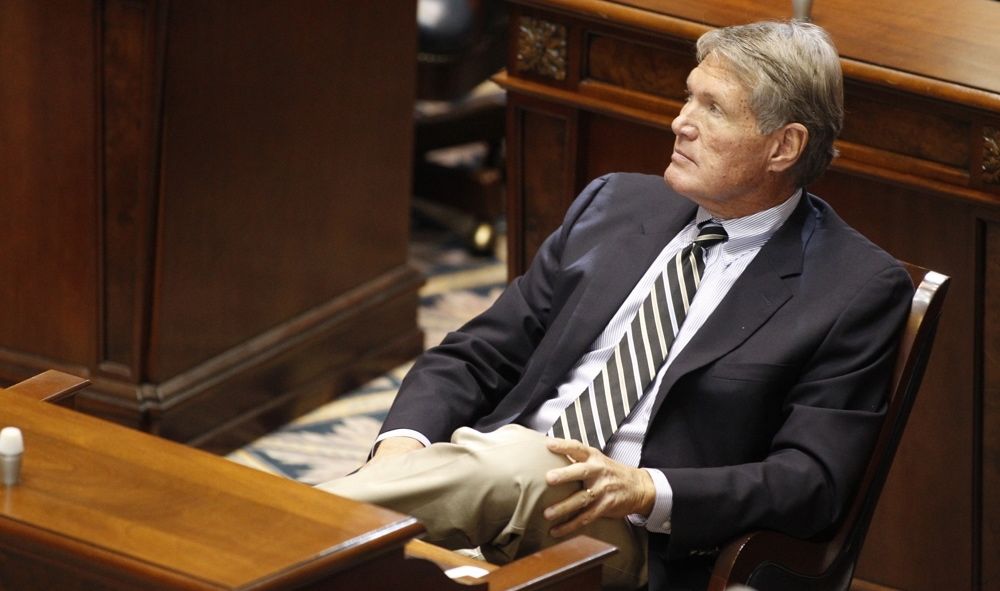 S.C. Senator Harvey Peeler‘s surprise decision to step down as “majority” leader of the State Senate caught nearly everyone in Palmetto politics off guard.

First of all, let’s get the facts down: Peeler isn’t giving up his seat in the Senate.  In fact, he submitted paperwork last month to seek another four-year term representing S.C. Senate district 14 (map here).  If he wins, it would extend his Senate career into its fifth decade.  Peeler is merely giving up his position as the head of the S.C. “Republican” Senate caucus, a badly-splintered group that has consistently failed to comprise a governing majority of the Palmetto State’s ostensibly “Republican-controlled” chamber.

At least not until very recently …

Anyway, the job of “majority leader” creates numerous headaches for its occupant due to rampant intra-party warfare … and wields little real power.  In fact sometimes the only power it does wield can get its occupant into political trouble.

Take the current election cycle – in which numerous State Senators find themselves facing credible primary challengers.  As head of the caucus, Peeler would be obligated to endorse (and raise money) for all of these incumbents – including powerful S.C. Senate president Hugh Leatherman, a man whose job he reportedly covets.

By ridding himself of his partisan leadership position, Peeler is free to support what is expected to be a very well-funded challenge to Leatherman – whose defeat could create the mother of all power vacuums in state politics.

Leatherman, 84, has served in the Senate since January, 1981 and has led the finance committee since 2001 – amassing near dictatorial power over the state’s budget process over that time period.  In 2014, Leatherman skillfully played a game of musical chairs to become Senate president – making him the most powerful elected official the Palmetto State has seen in decades.

Leatherman also dominates appointments to various statewide boards and commissions – and sits on numerous other boards by virtue of his multiple leadership posts.

If he goes down … all hell breaks loose.

So … is that Peeler’s plan?  To help engineer the downfall of the one man standing above him on the State Senate’s power rung?

One thing is clear: Peeler didn’t give up his leadership job for a lack of ambition.

“Watch him closely,” one of Peeler’s confidants in the Senate told us.  “He’s making moves.”

We plan on doing just that …