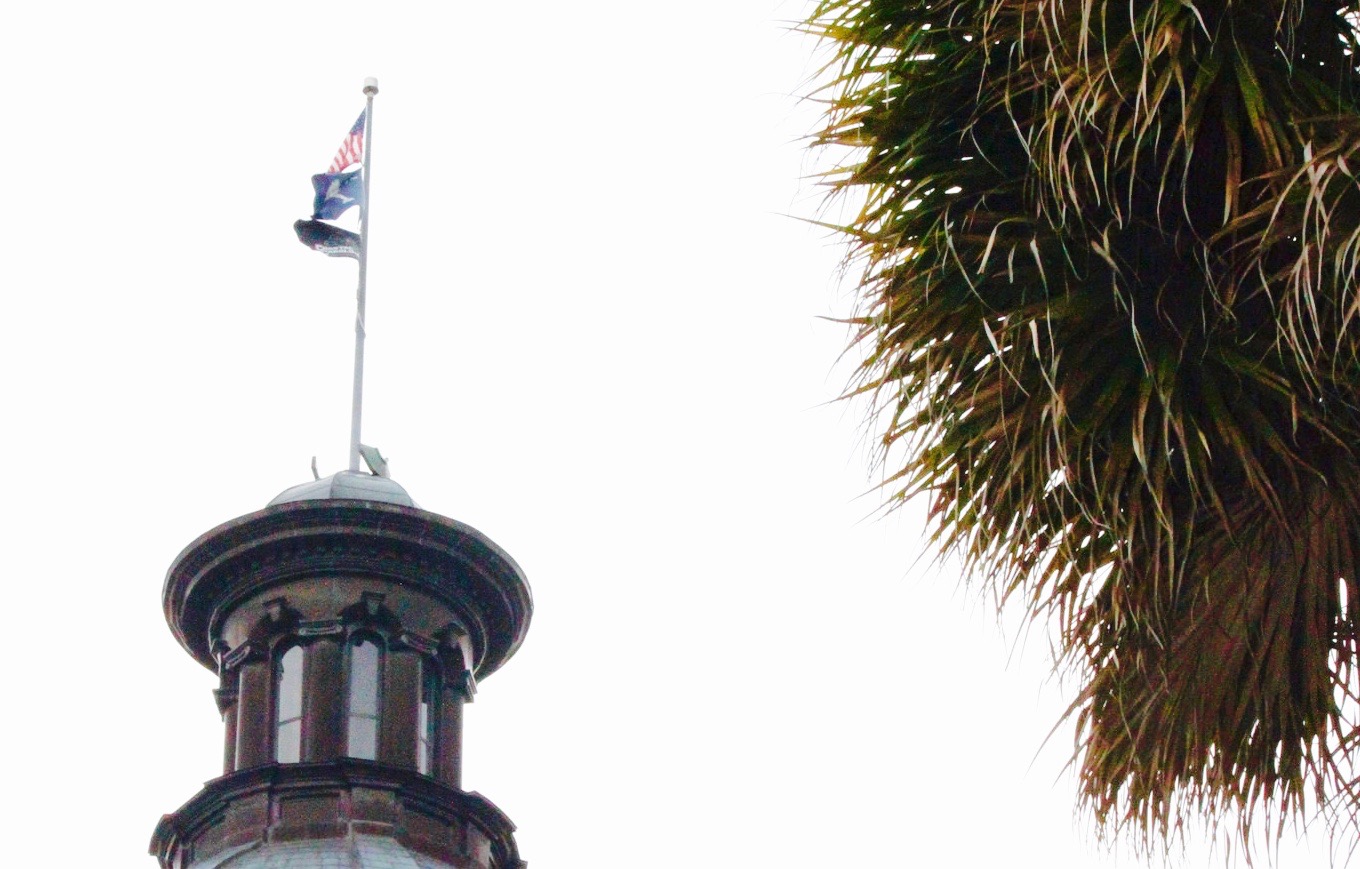 S.C. governor Nikki Haley is being sued by the South Carolina Secessionist Party over her recent decision to raise an athletic team’s flag from the dome of the S.C. State House. According to the party, Haley violated state law when she raised the banner without the assent of lawmakers.

The flag-raising was initially controversial due to the poor condition of the United States and South Carolina flags … but Secessionist Party leader James Bessenger quickly pointed out another problem.

This website has written extensively about that fight … and about Haley’s, um, “leadership” on the flag issue.

Now a court case over the Coastal Carolina flag (of all banners) is looming … the latest installment in what appears to be a bigger battle between Haley and the group.

“After lengthy debate between the members of our legal team, the South Carolina Secessionist Party has been advised, and decided, to move forward with a lawsuit following Governor Nikki Haley’s violation of the Heritage Act last week,” read a statement from Bessenger posted to the party’s Facebook page.

Bessenger’s party is also contemplating legal action against Haley’s Department of Public Safety (SCDPS) in the event it forces party members to rally alongside members of the Ku Klux Klan (KKK) and neo-Nazi organizations.

According to Bessenger, his group supports neither the neo-Nazis nor the KKK – whose most prominent regional leader is actually an informant for the federal government.

The Secessionist Party’s flag case has yet to be filed in state court, however we look forward to bringing our readers a copy of the pleading as soon as we receive it.

Obviously this isn’t the only high-profile lawsuit involving Haley.  Earlier this year she was sued over her administration’s taxpayer-subsidized refugee resettlement program.