South Carolina’s attempt to celebrate a national championship for one of its athletic teams backfired badly this week.

S.C. governor Nikki Haley ordered the Coastal Carolina University flag raised from the dome of the S.C. State House in the aftermath of the Chanticleers’ 4-3 victory over Arizona in the deciding game of the College World Series.

Well it was cool … until the flag-raising revealed the shoddy condition of the American and South Carolina flags that fly from the dome. 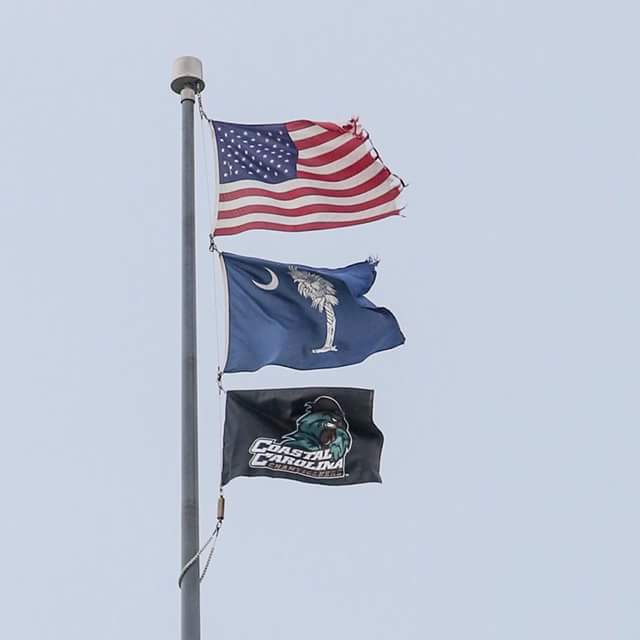 Seriously … that’s embarrassing.  In fact, that looks like something that might fly from a Myrtle Beach trailer park, not the state capital building.

“Disgraceful,” one state lawmaker told us.  “I’m ashamed for our state.”

Yeah … for an administration with such an obsession over flags, you’d think Haley and her crew might have been a little more on top of this.

Also, for a state that’s on the eve of a whopping $28 billion budget year, you’d think somebody could have sprung for a few decent banners.