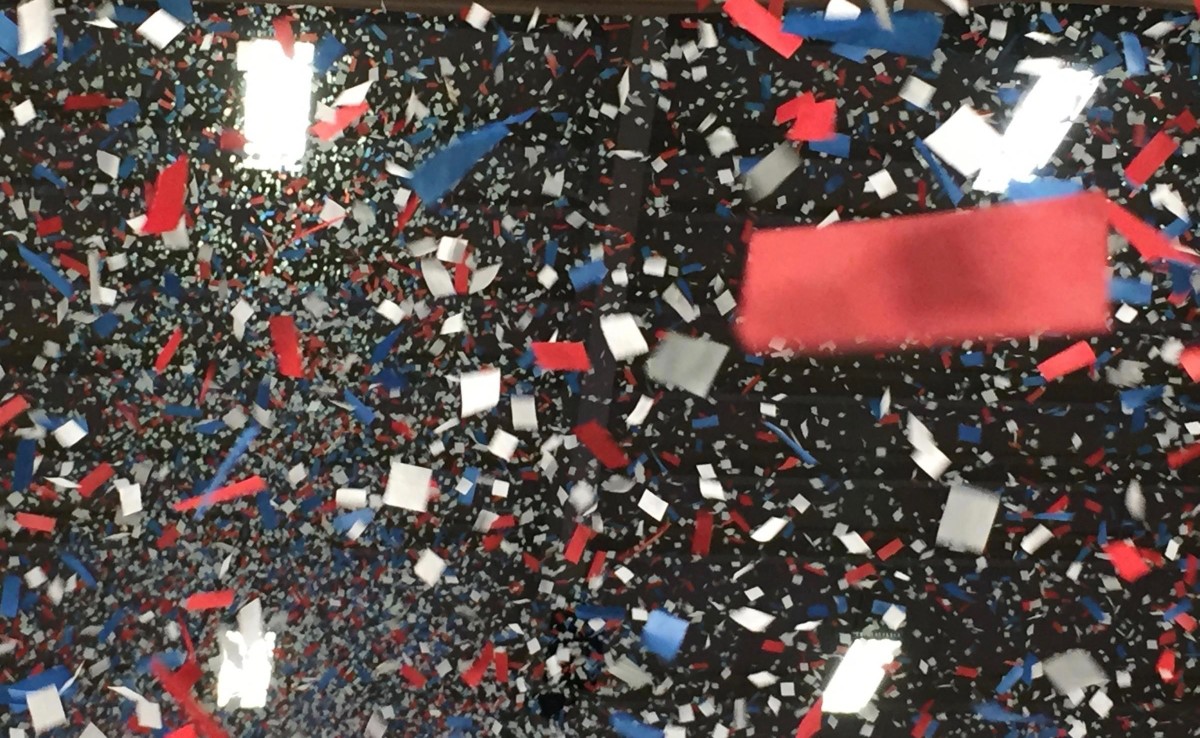 In case you missed it, the “Republican” party – which this website left for dead years ago – is in the midst of a complete and total implosion.  This ongoing meltdown – pitting party elites against the rank-and-file grassroots activists who put them in power in 2010 and 2014 – can be directly traced to the populist insurgency of GOP frontrunner Donald Trump.

Trump is by no means the perfect candidate (in fact we have called him out when he deserved it), but his campaign has repeatedly and relentlessly exposed the failure of the party “establishment” to stand on anything resembling its rhetoric.

(As if we needed a reminder of that).

Meanwhile Ted Cruz – another anti-Washington, D.C. candidate – has channeled the moral outrage of hardcore evangelical voters, creating another populist insurgency within the party.

Trump and Cruz have won the vast majority of delegates to the 2016 GOP convention.  More importantly, they have won a whopping 14.5 million votes – or two-thirds of the ballots cast thus far.

The GOP establishment’s candidate of choice?  Marco Rubio … a guy who withdrew from the race last month after getting pummeled by Trump in the former’s home state of Florida.  Rubio’s disastrous finish (and the prior implosion of former Florida governor Jeb Bush) has left the Washington, D.C. wing of the GOP reeling.

“Republican” voters have expressly rebuked the establishment’s status quo candidates … leaving the party with one option: Stealing the election.

That’s led them to Paul Ryan – the current U.S. Speaker of the House who was anointed by the status quo last year after uber-liberal John Boehner was forced to step down.

Ryan says he’s not interested in the presidential nomination … in fact he’s reportedly ruling himself out … but actions speak louder than words.

Meanwhile there are ongoing machinations by establishment leaders to rig the game for him at this summer’s national convention in Cleveland, Ohio – part of a broader plan to prevent Trump (or Cruz) from receiving the 1,237 delegates needed capture the nomination.

There’s even a new political action committee – the so-called “Our Principles PAC” – which has been formed with the sole objective of blocking Trump’s ascendancy.

This is the equivalent of mass disenfranchisement – part of the status quo’s ongoing contention that “the will of the people is crap.”

They know better.  They will choose the party’s nominee.

The millions of “Republicans” who thought they were picking a president?  Yeah … those people are once again being told to sit down and shut up.

“The primary votes are not solid,” one 2016 GOP rules committee member told The Washington Examiner this week. “There’s all kinds of potential slippage in those primary votes based on various challenges that could be made or various other interpretations. For instance, ‘winner-take-all,’ I don’t think will stand up personally at the convention. So those surplus delegates allocated by a winner-take-all I think are all subject to question.”

Going after the ‘winner-take-all’ delegates is just part of the push. We’ve also been told GOP officials are looking to invalidate delegates from states that held “open” primaries (i.e. elections in which voters did not have to register as “Republicans”).

Of course this assumes those states don’t surrender the delegates on their own.

Meanwhile New Hampshire establishment icon John Sununu – who failed miserably to stop the “Trump Train” in his home state – recently argued on CNN that “delegates can start voting for Paul Ryan at any time.”

Whether the delegates are rigged for Ryan or someone else, make no mistake: Establishment “Republicans” are doing anything and everything within their power to keep Trump (and Cruz) from getting the nomination.

How long can a party survive telling two-thirds of its voters to “f*ck off?” Guess we’ll find out this summer in Cleveland …