SOUTH CAROLINA’S PEOPLE HAVE SPOKEN, BUT IT’S PARTY LEADERS AREN’T LISTENING … WILL “FIRST IN THE SOUTH” ELECTION BE INVALIDATED?

Trump’s resounding Palmetto State victory – and the 50 delegates he earned as a result of it – will be completely invalidated if a cabal of state party leaders have their way.  And Haley – the establishment hatchet girl who has battled Trump every step of the way – is leading their efforts, hoping a contested convention will pave the way to her ascension to the national ticket.

Never mind the will of the voters …

Think we’re kidding?  Having failed in her bid to become vice president to status quo flameout Marco Rubio, Haley is now being touted in “conservative circles” as presidential timber.

“Haley is a fresh figure and an outstanding communicator,” columnist Pascal-Emmanuel Gobry wrote for The Week.  “If conservatives should draft someone to be their standard-bearer this cycle, it should be Nikki Haley.”

Hell, just last week Haley was named by Fortune as one of the most fifty influential world leaders thanks to her belated push to take the Confederate flag off the grounds of the S.C. State House last summer.

Never mind the real story behind her decision …

Each of these fifty delegates is bound to Trump – but not for long. 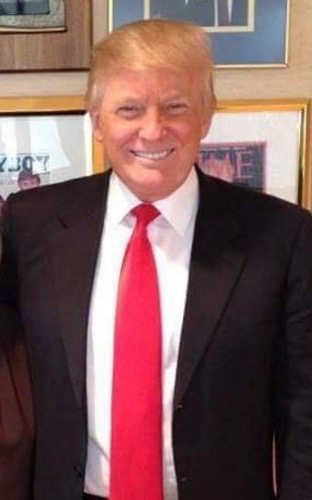 In a move reminiscent of the machinations of the communist party (not the so-called party of less government and more personal freedom), GOP leaders are working overtime to make sure Trump’s delegates wind up in the hands of another candidate – U.S. Senator Ted Cruz of Texas.

“Ted Cruz is a more natural fit with South Carolina’s insider party establishment, at least in this context,” one GOP insider told Politico. “Cruz obviously underperformed in the primary.  His supporters here have been involved for a very long time, and that involvement pays off at state and local conventions.”

Wait … so the guy who finished in third place in South Carolina could wind up getting its delegates because his people are better connected with party insiders?

After the first ballot at the Cleveland convention, Trump’s fifty South Carolina delegates become “unbound” – meaning they are free to vote for any other name entered into contention.  And assuming Trump doesn’t come to Cleveland with 1,237 delegates, he’s highly unlikely to receive the party’s nomination.

In fact an advisor to liberal “Republican” governor John Kasich of Ohio put it bluntly: “A convention of Republicans will not nominate the man unless he has 1,237 delegates.”

Even if Trump does secure the necessary 1,237 delegates, it’s clear the GOP establishment is intent on mounting a third party “conservative” challenger.

For now, though, “the plan is still to try to stop him from getting 1,237 delegates,” as establishment insider Erick Erickson recently put it.

“Kasich and Cruz (are) gearing up,” one well-placed SCGOP source told us, adding “there’s no medal for getting 95 percent to finish line.  Trump needs to close it out.”

Can he do that?

“If he’d act just a little … a little presidential people would get on board,” the source told us. “Not sure he’s able. He’s been playing this character for too long.  I told his staff all last fall that he needed to work the phones with RNC members.  He never called a single one, to my knowledge.  They are the choke point in a contested convention … and there’s no loyalty there.”

Over the next month, GOP leaders will gather at county-level conventions.  On May 7 they will convene in Columbia, S.C. for the party’s state convention.  Within two weeks of that gathering, the fifty delegates selected by the party will meet to select representatives to the convention’s standing committees – including its critical rules committee and credentials committee.
“Guess who the most powerful person is in each state in that process?” our SCGOP source told us.  “The state chairman – by miles.  Information, intel and influence –  the chair controls all of it.”

In South Carolina, the party’s chairman is Matt Moore – who was officially neutral during the 2016 “First in the South” race but widely perceived to be supportive of Rubio (and hostile toward Trump).
Moore declined our request to be interviewed for this story.

Haley isn’t the only party official working diligently to keep her state’s delegates away from Trump.  According to our sources, allies of U.S. Senator Lindsey Graham are also “integrally involved” in the effort.

“Graham loyalists have been meeting,” one SCGOP source told us.  “They are much more involved.”

So is former SCGOP chairman Katon Dawson, who is said to be “plotting to impact (the) state convention” in an effort to “elect anti-Trump forces” to the national delegation.  Dawson led the failed bid of former Texas governor Rick Perry – whose campaign (like many other GOP establishment efforts) imploded when he began to attack Trump.

Will these status quo “Republicans” – rejected by their own party at the ballot box – get the last laugh?  Will they succeed in overturning the expressed will of their voters and installing an establishment GOP politician as their party’s nominee?

The Ted Cruz Sex Scandal: Marco Rubio Did It